Kevin Prince Boateng Wife, Girlfriend, Parents, and Shirtless Photos. Today in Hot Soccer Players, we bring you 32-year-old Kevin-Prince Boateng who currently plays for the Turkish football club Besiktas. Prior to his current team, he played for Tottenham Hotspur as well as AC Milan. 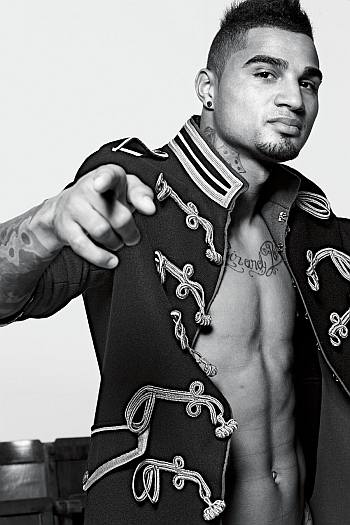 Kevin Prince turned pro in 2004 and has been playing for 16 years. He also represented Germany as well as Ghana in international competitions.

Kevin Prince Boateng Parents and Ethnic Background. Our hot soccer player of the day is half-Ghanaian and half-German. His dad, Prince Boateng, is from Ghana while his mom is from Germany. Here’s Kevin’s mom, Christine Rahn, cheering for his son. We assume that’s what she is doing anyway. 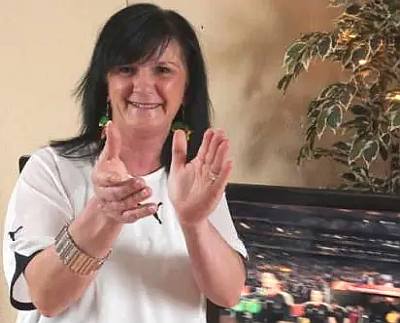 And here’s Kevin with his dad. 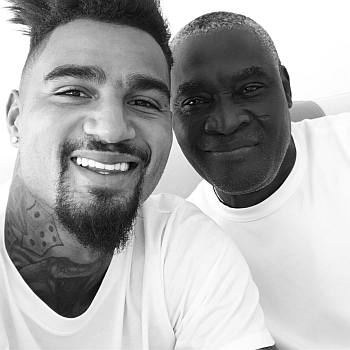 Kevin Prince Boateng is UN Ambassador for Anti-Racism. Sometimes subjected to abuse on the pitch by racist fans, Kevin has been named as anti-racism ambassador by the United Nations.

According to Yahoo News, the soccer star is planning to organize a task force amid a string of racist incidents in football stadiums across Europe. In an earlier talk before the UN in 2013, here’s what Kevin says about the matter:

Stadiums can be places where people of different colour come to support their teams or they can be seen as stagnant areas where healthy people will be infected by racism. We can’t allow this to happen before our very eyes. Football stadiums, like other places, are full of young people. If we don’t fight the stagnation, many of those who are healthy today, could become infected with one of the most dangerous diseases of our time.

Kevin Prince Boateng Relationship Status? He is married to wife Melissa Satta, a television presenter for an Italian sports program. The two tied the knot in 2016 and have a son together named Maddox Prince. 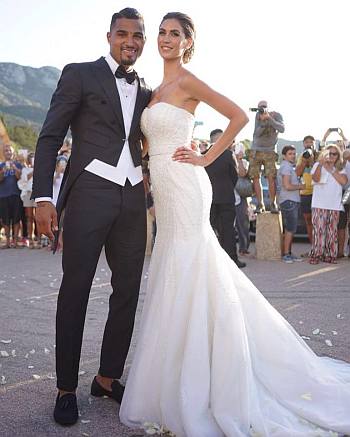 Kevin Prince Boateng Shirtless Photos. Some shirtless photos for the thirsty THOTs and hos among us here at Famewatcher. 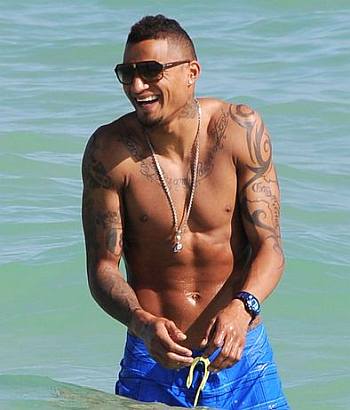 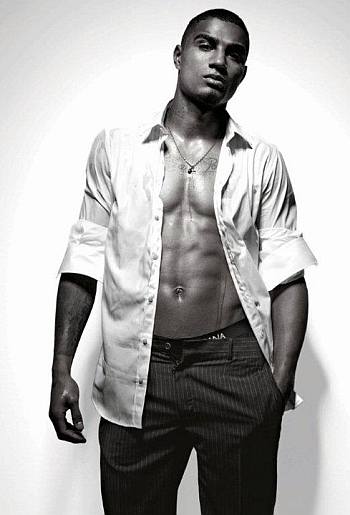 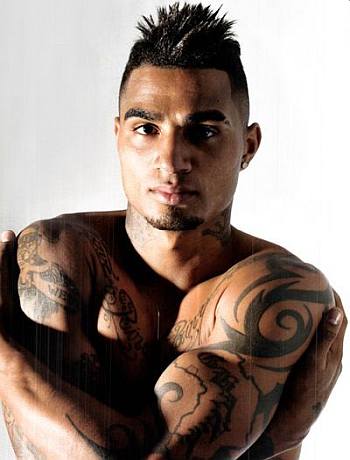 With pal Marco Hoger who currently plays for FC Koln. 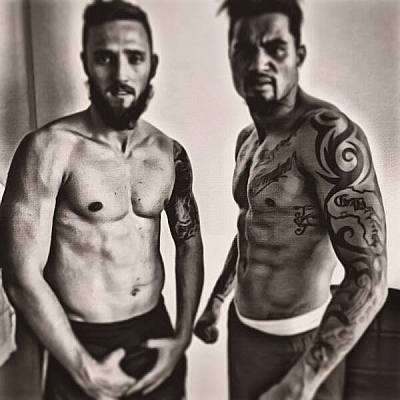 Not shirtless but ain’t he hawt in the photo below?