Matt Lauria Shirtless, Underwear, Gay or Girlfriend? Our grandma would not approve of Matt Lauria wearing a pair of boxer briefs when he goes swimming on the beach but we Famewatchers will admit that we’re liking what we are seeing haha. But before we give you the goodies, let’s have a little rundown of Matt’s acting career, shall we? We here at Famewatcher first “met” him when he was cast as Luke Cafferty in the critically-acclaimed TV show, Friday Night Lights — with our 1990s crush Kyle Chandler as lead: see Kyle Chandler Shirtless Photos. Here’s Matt as Luke Cafferty. 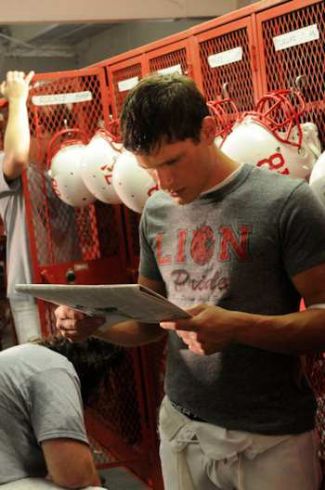 After Friday Night Lights, Matt went on to star as a regular in the crime drama, The Chicago Code. Unfortunately, the show was cancelled by Fox after only one season. Don’t you just hate it when a show you love go off the air? Well, at least Chicago Code gave us this photo of Matt (as Caleb Evers) looking hawt in his police uniform. Want more Hot Men in Uniform? 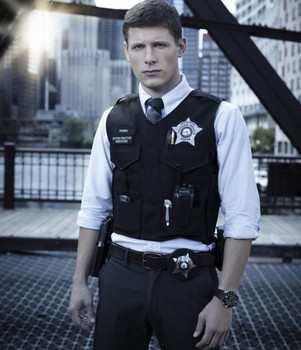 For those of you who are wondering, no Matt Lauria does not have a girlfriend but yes he is very much married. Here’s Matt and Mrs. Matt (actually her name is Michelle Armstrong during the Royal Gala for the Mentor Foundation. The pic is actually from a few years back (2008?) but we picked this because our Matt is looking sexy cool in his suit-without-tie outfit. 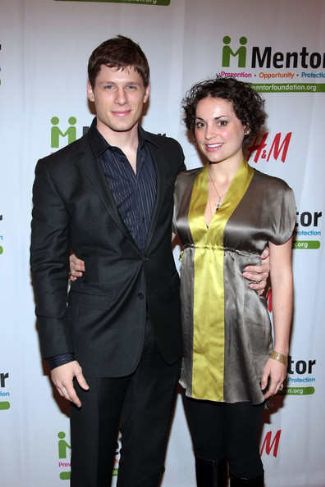 Oh wait, we almost forgot to include this photo of Matt (seen here with Delroy Lindo and Jennifer Beals) during a press tour for Chicago Hope. Who says your socks should match your shoes and/or pants? Not our Mattie cutie. 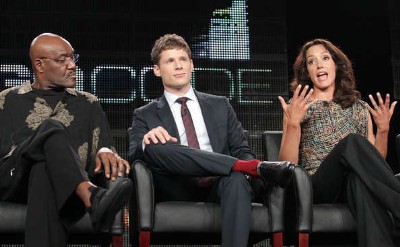 And now, we saved the best for last — Matt Lauria’s underwear photos. Yay!

Who’s that lucky gal he’s kissing? Nope that’s not his wife. And nope he’s not cheating on wife Michelle. He’s just playing a guest-role as war veteran Ryan York in the TV show Parenthood. He’s kissing one of the main characters, Amber Holt (played by Mae Whitman), which gives us hope that Matt will be a recurring character.

The above pic makes us laugh. But if we’re ever given the chance to kiss Matt Lauria while he’s in kiss wet undies, we’d be doing it with alacrity too. Haha. Want more pics? Of course you do! 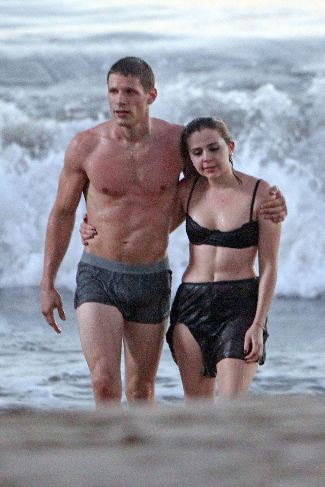