Kyle Chandler Young and Hot in Early Edition. We chanced upon an episode of Early Edition on the internets and ended up a bit nostalgic for the days when we are not stuck inside quarantining.

Oh, if only there is a real Gary Hobson in the world who knows what happens tomorrow and prevents it from happening today, no?

Anyhoo, watching said episode made us appreciate Kyle Chandler as an actor. About a decade later, we’re still thrilled that he got himself an Emmy.

Anyhoo, here are photos of a young Kyle for us to appreciate just how gorgeous the guy is. Oh, he is aging like fine wine too. 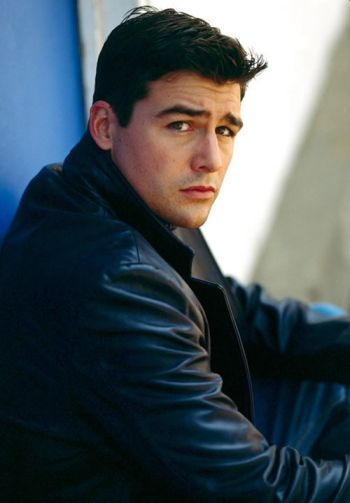 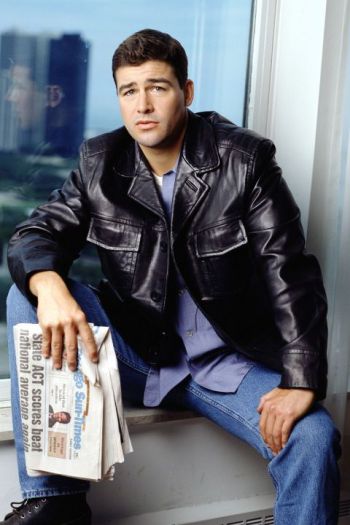 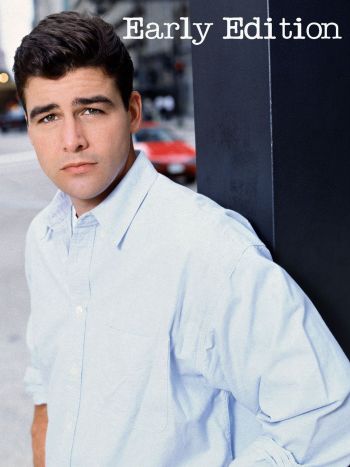 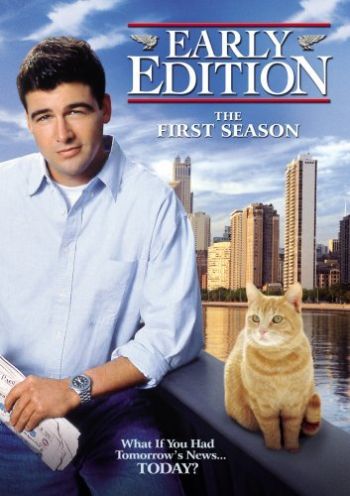 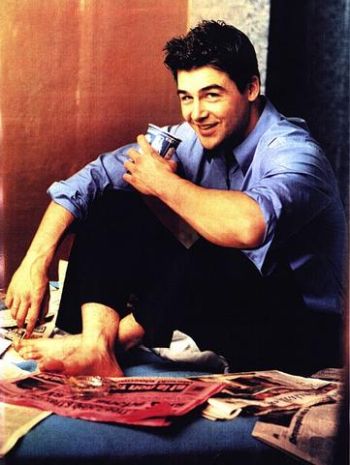 Kyle Chandler Gay or Straight? Relationship Status? He is straight but supports gay rights. As for his relationship status, he’s been married to wife Kathryn Macquarrie since 1995. The couple have two daughters together. 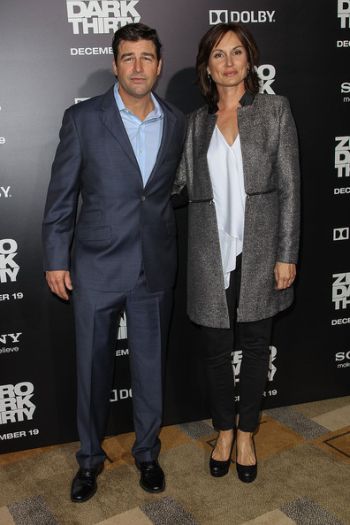 …..
Kyle Chandler Shirtless, Emmy Award, and Other Stuff. (28 January 2017). Hah! Some of you are more interested in shirtless photos of Kyle Chandler rather than his Emmy success. Well, we’re not surprised. After all, who doesn’t want to admire the shirtlessness of one of the hottest men on television.

Okay. Here you go! Consider your wish fulfilled because we’ve got tons of Kyle Chandler shirtless photos for you.

Kyle with a towel wrap-around. 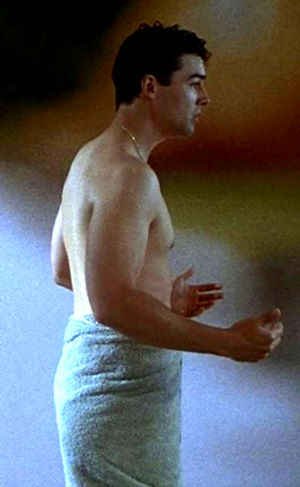 Our Kyle in the shower. 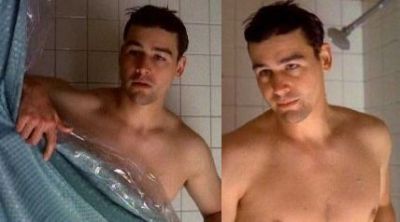 Kyle Chandler Underwear: Boxers or Briefs? Apparently, he is a boxer shorts kind of guy. 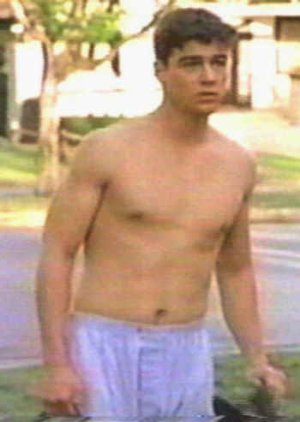 Looks like he’s wearing a pair of short shorts in the pic below, no? 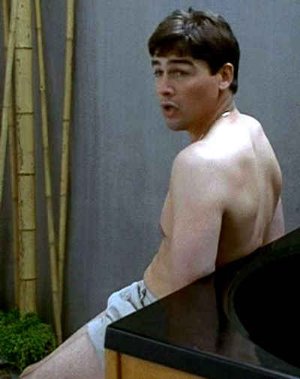 And here’s Kyle in his boxer shorts underwear getting tomorrow’s paper today.

As you can see, the above shirtless pics are from the actor’s younger days. We still have to find some Kyle shirtlessness taken recently. But here’s a photo for those of you looking for “Kyle Chandler smoking” photos. 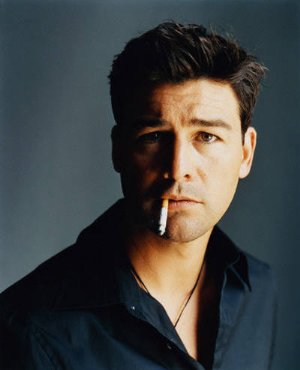 …..
Kyle Chandler Gets Himself an Emmy! (20 September 2011). Yay! Yay! And yay! Kyle Chandler won an Emmy Award (Outstanding Lead Actor in a Drama Series) in the 2011 Primetime Emmys. Congratulations Kyle. You deserve it and may you have more Emmys to come. 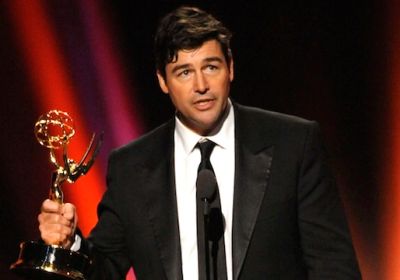 …..
Kyle Chandler Deserves an Emmy! (8 July 2010). We here at Famewatcher have a huge crush on Kyle Chandler so we are thrilled to find out that he’s got himself an Emmy nomination for his role in Friday Night Lights. Hot damn! We hope Emmy voters will give him his well-deserved award. 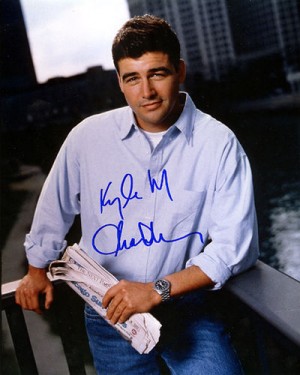 Here’s his reaction on his nomination (via TV Guide):

“How ’bout that?” says an overjoyed lead actor in a drama nominee Kyle Chandler, calling from Texas, where he’s filming Friday Night Lights. “When I found out this morning, my daughter Katherine said, ‘You got nominated!’ I was trying to sleep so I didn’t know what she was doing. But when it dawned on me, the first thing I said was, ‘Did Connie [Britton] get nominated?’ When she said yes, that was the icing on the cake that made it all real.”

Like Britton, it has been emotional for Chandler to shoot the fifth and final season’s last episodes. Just two hours remain to be shot. “I’m directing episode 12, so I was director and actor yesterday. It’s been a great experience and they haven’t fired me yet. This nomination feels like a Friday Night Lights moment. It couldn’t have been written better. Today Zach Gilford, Adrianne Palicki and Grandma Saracen will all be there. Yesterday we had Taylor Kitsch. I can’t wait to walk on the set today and say, ‘Congratulations.'” 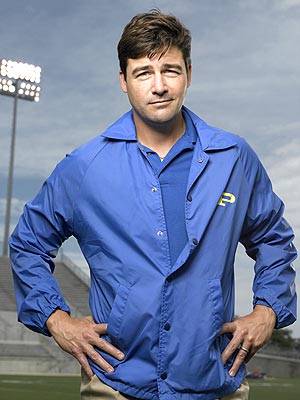 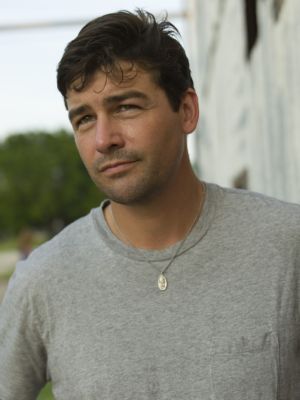 Are you a fan of Kyle Chandler? Are you as thrilled as we are that he’s finally nominated for an Emmy Award? It’s been a long time coming, eh? Go, Kyle!