Percy Jackson Leather Jackets: Logan, Brandon, Damon. Are you looking forward to another Percy Jackson movie? The first installment, Percy Jackson: The Lightning Thief, didn’t fare well in the North American box office ($89 million gross receipts vs. $95 million production cost) so we’re very happy to note that the producers are still going ahead with a sequel. The $138 million gross that the first film made overseas must have convinced them to shoot Percy Jackson: Sea of Monsters. Yay! 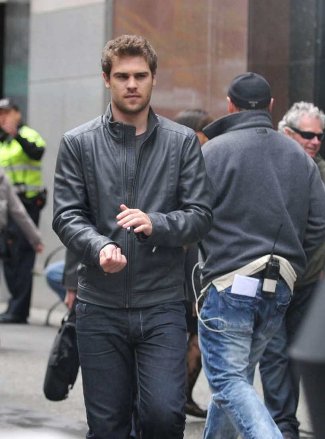 Yay especially for us fans of Damon Grey! He’s cast in the second movie so we are finally, FINALLY going to see him sizzle on the big screen. Ain’t he looking sexy and fab in his jeans and black leather jacket?

If you are not a fan of Damon but you love you some celebrities in leather, you will be liking this upcoming movie too because Damon (who, by the way, is cast as demigod Chris Rodriguez) is not the only actor wearing leather. Here’s lead star Logan Lerman in his grey leather jacket. The boy in Mel Gibson’s The Patriot sure has grown up, hasn’t he? 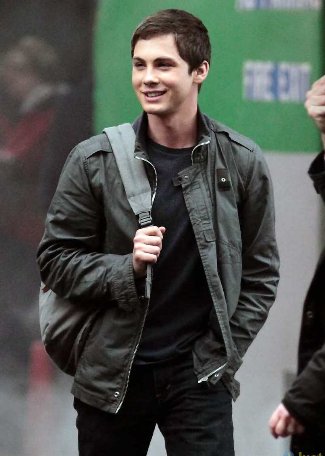 For our other posts on this young actor, go check out Logan Lerman Underwear and Logan Lerman’s Jeans and Fashion Style.

Another actor who’s back in Sea Monsters is Brandon T. Jackson which should not be a surprise because he, after all, plays Percy’s best friend, Grover Underwood. Brandon too is looking cool in his leather jacket. 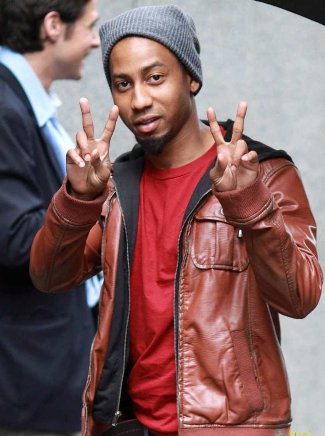 Fight scene between Damon’s Chris Rodriguez and Brandon’s Grover Underwood. Who will win in the end? 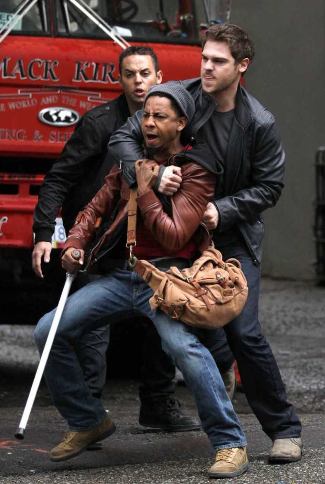 Another addition to the second movie is curly-haired actor Douglas Smith. Yay. We love us some curly-haired Canadian dudes. Haha. Douglas is Tyson, Percy’s half-brother. 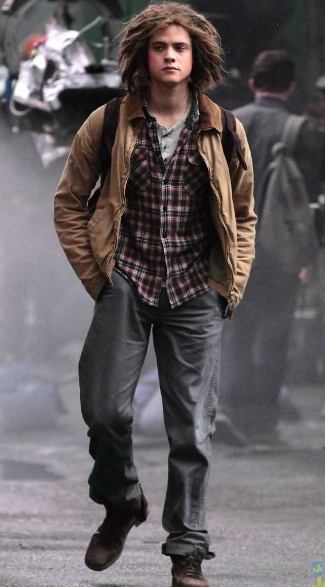 Speaking of Canadians, we’re happy to note that our 1990s Canadian crush Nathan Fillion is cast in the sequel. He’s cast as Hermes who, as those of you who read the book or watched the first movie, is Percy Jackson’s father. 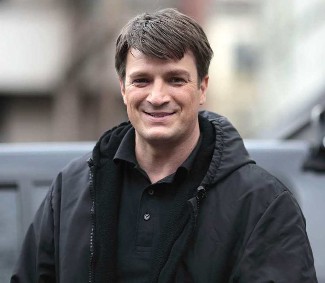 Percy Jackson is slated for release on 16 August 2013. Mark your calendar, fellow Famewatchers!