Matt Jarvis Underwear, Sexy Shorts, Shirtless Pics: Gay or Girlfriend. Who’s got the best washboard abs in the world? Our friend Kevin believes that the honor should go to Matthew Thomas Jarvis aka Matt Jarvis, winger for West Ham United. Why is Kevin giving the English footballer his “best abs” vote? Apparently because Matt’s abs is, to use Kevin’s own words, “toned but not overly done”. 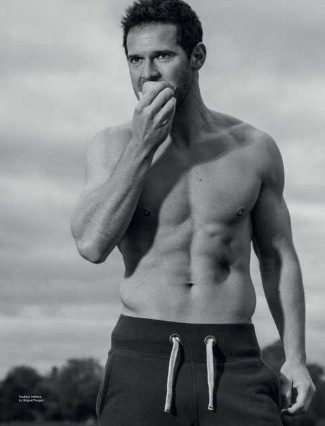 Do you agree with Kevin or do you think there’s a fitter dude who deserves the “world’s best abs” more than our 26 year old football hunk? Want more male celebrity washboard abs?

Anyhoo, in February this year, Matt made some headlines by appearing as a coverboy on the gay U.K. magazine Attitude and by stating that there are footballers who are gay and that they will find support within the football community should they decide to come out:

I’m sure there are many footballers who are gay, but when they decide to actually come out and say it, it is a different story. It’s one that I’m sure they’ve thought about many times. But it’s a hard thing for them to do.

More from The Guardian:

Asked about Clare Balding’s recent comments that being out could help a sportsperson’s performance, Jarvis said: “I’d agree with that. Because you’ve always got something you’re worried about at the back of your mind. If you can let that go and then just concentrate on your one goal, which is whichever sport you’re doing to the best of your ability, I think that would help. Definitely.”

Jarvis told Attitude that he thought times had changed and an openly gay footballer would receive the support he needed. “There’d be support everywhere within the football community, whether it be players, fans or within the PFA [Professional Footballers’ Association]. There would definitely be groups of people who would be supportive and help them through it,” he said.

What do you think of Matt’s statement? Do you think openly gay football players will find support among football fans and their fellow footballers? Or will they be booed and bullied off the pitch? It does seem though that the younger generation is more accepting of sexual diversity, no?

Still haven’t seen his coverboy photo from said magazine? Here you go! He looks delectable in his short shorts doesn’t he? Haha. 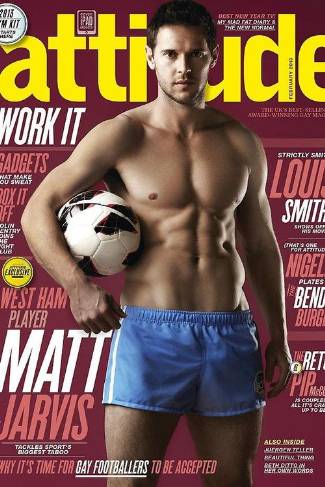 Another pic of the guy in his blue shorts. 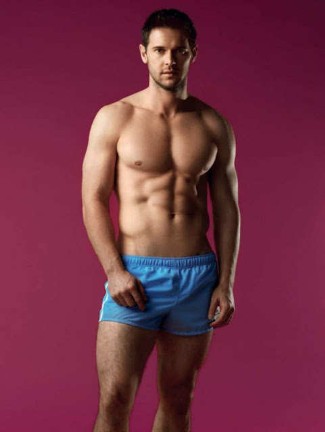 Now, is Matt Jarvis just gay-friendly or is he gay himself? He is very much married so we’re going to say that he is not gay but a gay ally. Here’s Matt and his wife attend the UK Premiere of “I Give It A Year”. [If you know the name of Mrs. Wife do tell in the comments. Thank you.] 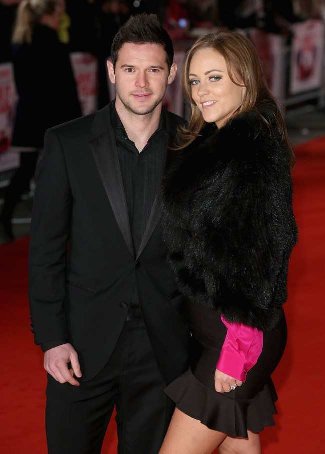 Whatever he is, our Matt is clearly comfortable with chucking off his clothes for a cause. Check out, for instance, his Cosmo Magazine photo which he posed for as part of the mag’s Cosmo Everyman campaign which seeks to encourage men to get themselves checked for cancer. See other male celebrities who stripped for Cosmo Everyman. 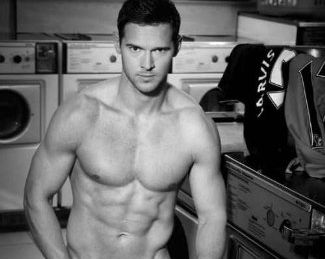 Here’s what our Matt said about why he decided to pose nekkid for the cancer awareness campaign:

One of my friends back at school had a testicular cancer scare. I think at first seems like a private thing, but once someone’s been through it you want o make everyone aware. If you’ve got any symptoms, then you need to get yourself checked out. You need to swallow your pride and go and see someone. 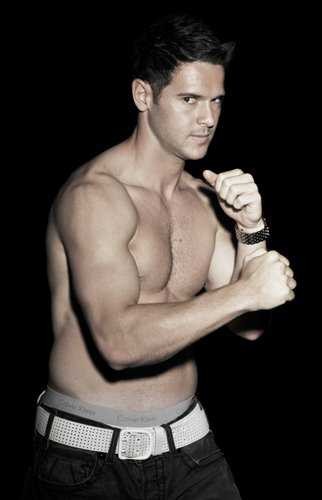 Check out them bulging biceps and his peekabo Calvin Klein underwear. Niiiiiceeee!