Now, we’ll be talking more about Bright Path in the future because this post is really about appreciating the gorgeousness of Martin who we first discovered while browsing Ladyboners on Reddit. 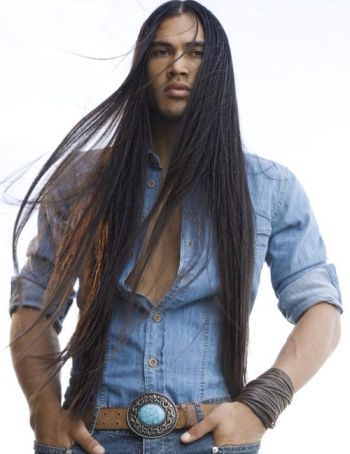 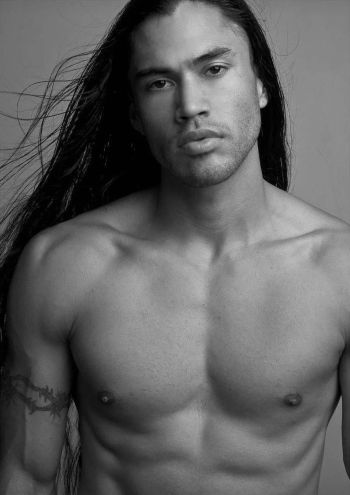 Ruling the runway in his tie and jeans. Want more Native American Celebrities? 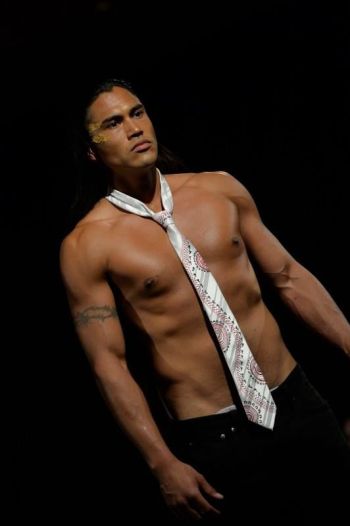 To date, Martin has a total of 16 acting credits to his name which includes Yellowstone, Westworld, and the 2016 movie The Magnificent Seven where he played the role of Red Harvest. Here’s the actor on the set of Magnificent Seven with co-star Dodge Prince: 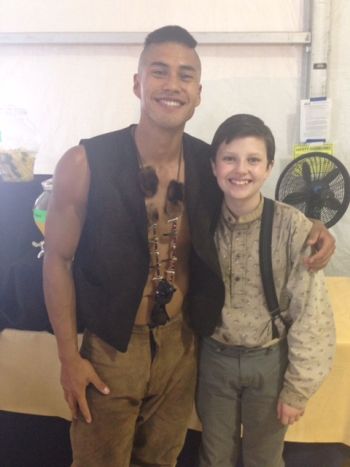 A still photo from the film: 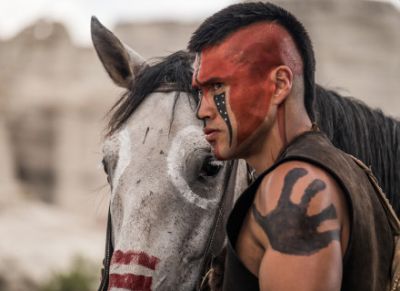 And here’s the actor on the red carpet when his movie was screened at the Toronto International Film Festival (TIFF). 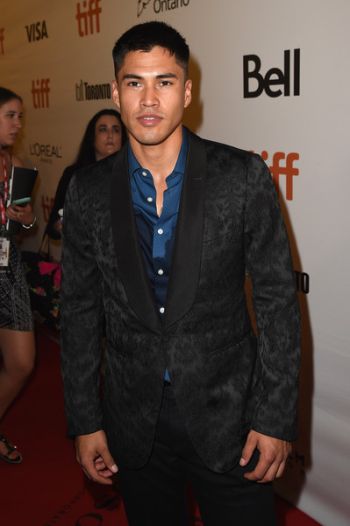 Aside from the aforementioned Bright Path, Martin’s upcoming projects which you might want to watch out for include The Liberator, The Last Manhunt, The Chickasaw Rancher, and The Ice Road.

Martin Sensmeier Relationship Status. Is the hunky actor single and still available? Nope. The guy’s already taken and he and significant other, Kahara Hodges, are the proud parents of a baby boy who was born last July.

Martin and Kahara attending the premiere of The Equalizer2. 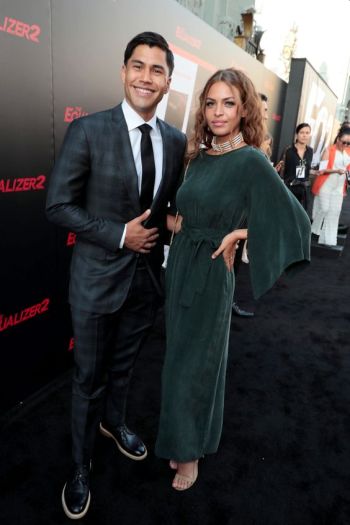 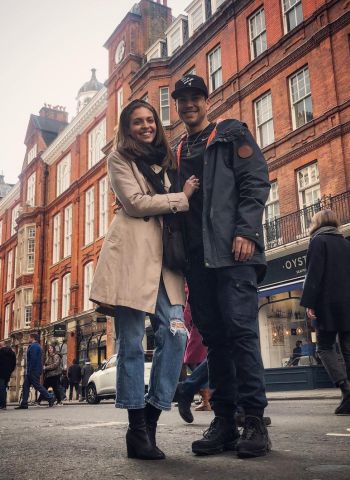 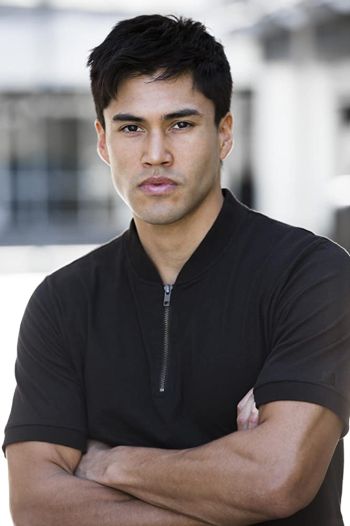 Some of the actor’s modeling photos. 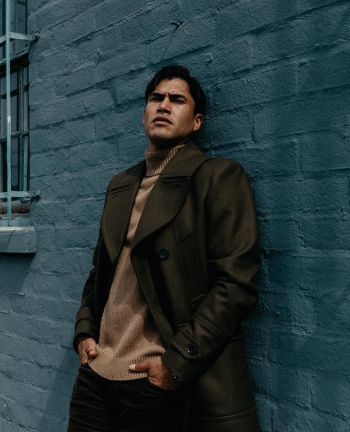 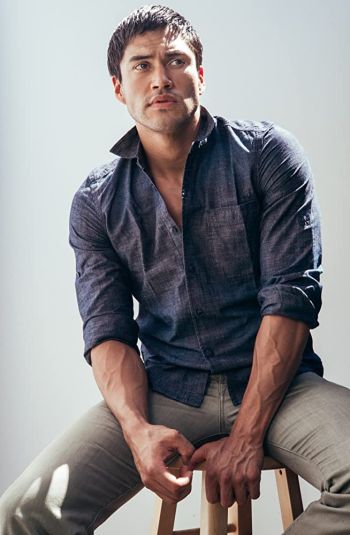