Marcus Mariota Girlfriend/Fiancee (2020 Update). Five years later, we are updating this post to note that Marcus, who now plays for the Las Vegas Raiders, is engaged to be married. According to Oregon Live, he proposed to college girlfriend Kiyomi Cook who said yes to his proposal.

More from Oregon Live: “Marcus Mariota is about to tie the knot. The Las Vegas Raiders quarterback popped the question to his college sweetheart, Kiyomi Cook, over the past weekend and the couple are now engaged, according to a report. Mariota proposed to Kiyomi on the Oregon campus. No wedding date has been set.”

As we mentioned in our earlier post below, the two met each other while they are studying at the University of Oregon. Congratulations, you two! Here’s a photo of the betrothed couple, check out the engagement ring on Kiyomi. Awww. 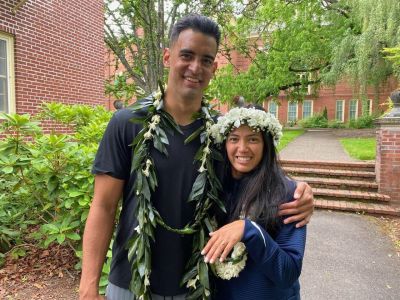 Marcus and Kiyomi at the 2014 NFL Honors event: 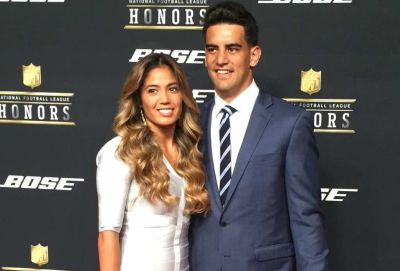 In case you missed it, go check out our post on Marcus Mariota’s shirtless photos.

…..
Marcus Mariota Girlfriend, Wife, or Single: NFL Football Wags (posted 5 May 2015). Does Marcus Mariota have a girlfriend? Or is he single and available? We ask because our friend Deena’s 2015 new year’s resolution is to not crush on celebrities who are currently in a relationship. “I’m not gonna make any of them my imaginary beau, if they have a girl in real life,” is what she says. 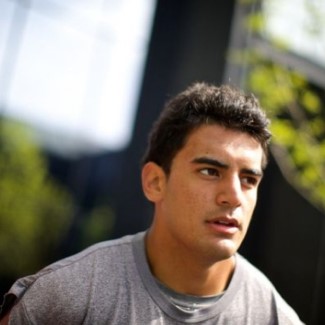 We think Deena is lucky because it appears like Marcus, the second pick in this year’s NFL draft, does not have a girlfriend.

Marcus Mariota Girlfriend? Or does he? If he is single, then who is this girl he is holding hands with? Well, according to Larry Brown Sports, the pretty girl is Kiyomi Cook. Even though they are exes, the two are apparently in good terms such that Kiyomi joined the football star to his NFL draft party. 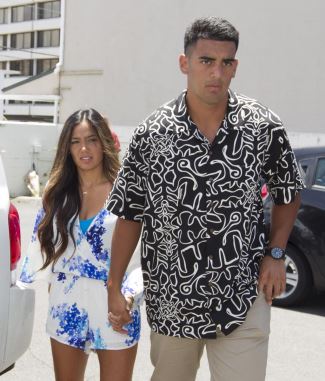 The two were college sweethearts. Maybe they still are, who knows? We won’t be surprised if they are like Rachel and Ross. Anyhoo, like the NFL-bound Marcos, Kiyomi is a student athlete at the University of Oregon. She’s a midfielder for the university’s soccer team.

Now, in high school, our Marcus dated a girl named Nicole Watase. Here’s a pic of the high school lovebirds. 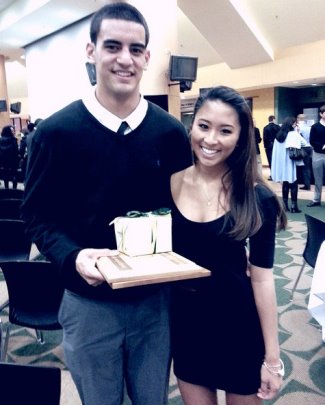 And here’s another pic of the former high school sweethearts. 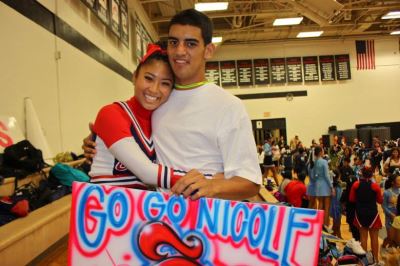 Like Kiyomi, Nicole is a sporty girl who reportedly wrestled and played soccer in high school. Like, Marcus, she also went on to study at the University of Oregon.

Mariota, for those of you who were interested in the Mayweather-Pacquiao fight rather than the NFL draft, was picked second overall by the Tennessee Titans. We wish him luck as he begins his professional career as a footballer. 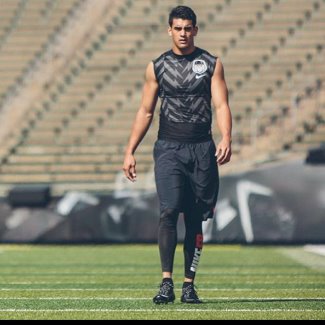 By the way, for those who are wondering, here’s how you pronounce Mariota’s name. From Mike Florio on NBC Sports: “Quarterback Marcus Mariota’s name routinely is mispronounced, with the first syllable of his last name being spoken like the ‘A’ in Mary and not the ‘A’ in, well, Marcus. On Thursday night, Commissioner Roger Goodell got the first syllable right — but he got the last one wrong. ‘Marioto’ is what Goodell said. Not long after that, Goodell called Mariota to say, ‘Sorry.'”