David Schwimmer Shirtless and Underwear Photos. This post is for those of you who like our posts on shirtless celebrities and their picks when it comes to their underoos.

Specifically, this post is for those of you who are fans of actor David Schwimmer. Since he is not as active as his Friends co-stars, we thought that the younger generation are not familiar with David S. so we were very surprised to find out that he is actually kinda popular among millenials and GenZ-ers. Apparently, according to our niece Shiela, this is thanks mostly to Netflix who currently airs Friends not only in the U.S. but around the world. 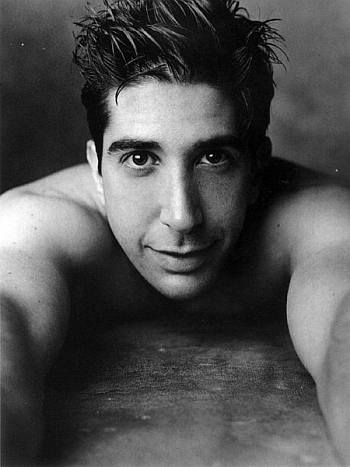 And here’s David in his boxer shorts. 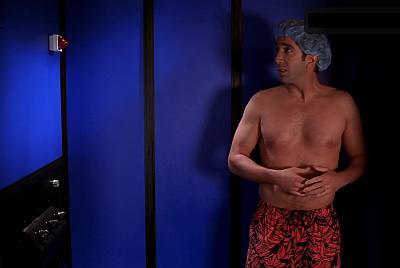 Obviously, David S (or Ross) is a boxer shorts kind of guy. 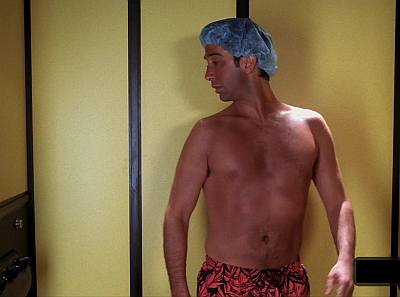 Want more men in boxer shorts? Or would you rather check out our posts on Male Celebrity Underwear? 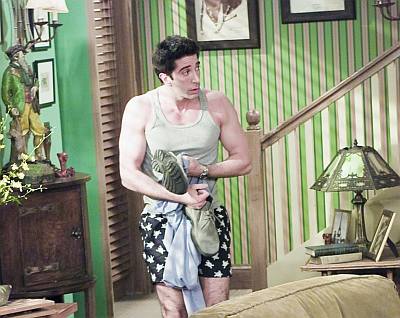 So what’s David doing these days? What’s keeping him busy? Apparently, the actor and his wife joined the Black Live Matters protests which erupted in various cities across the U.S. and the world. From Hello Magazine:

This week, Friends star David Schwimmer joined the Black Lives Matter protests in New York, where he was accompanied by his ex-wife Zoe Buckman. The former couple have remained great friends following their split, and share nine-year-old daughter Cleo. David shared a photo on Instagram of the pair holding flowers among the crowds in the protest on Wednesday, and wrote a lengthy message about the importance of taking an active stand against racism, especially to lead by example to his little girl, and to help demand a better future for all children.

Here’s what David wrote on his Instagram page: “Yesterday at the Protest & Vigil, downtown NY. We’re no longer a couple, but @zoebuckman and I are parents of a nine-year-old, and fellow advocates for social justice and reform.”

Way to go, Ross Geller! On the acting front, David stars as an NSA agent on the British sitcom, Intelligence, which is currently streaming on Peacock. Critics are divided on whether the show is good or bad and it currently has a 50% rotten rating on Rotten Tomatoes.