Kevin Costner Hair Transplant Before and After Photos. Kevin Costner’s hair transplant a few years back got the “screaming headline” treatment from a tabloid which went, “KEVIN’S NEW LOOK ISN’T NATURAL!!!!!” 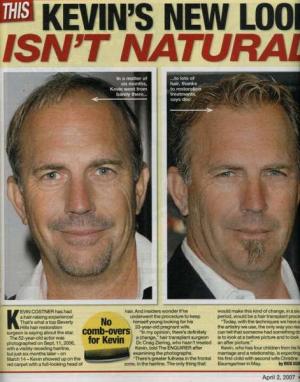 Considering how a lot of celebrities are not looking natural these days — hello, Sylvester Stallone —  we doubt if Kevin’s hair “issues” will gain the same level of coverage if he had his hair implants today. We think people will go, “Kevin Costner’s got a hair transplant? So what? Nothing new there, it’s just another day in Hollywood.”

Mirror, mirror on the wall, who’s got the best hair transplant of them all? We think Jude Law has the best one. And the honor for having the worst hair transplant would probably go to Edward Norton. But we’re only basing these judgment on their pictures. So we’re most probably wrong.

Kevin Costner Hair Transplant (2017 Update). We are updating this post simply to bring you more photos of Kevin pre and post hair transplant. 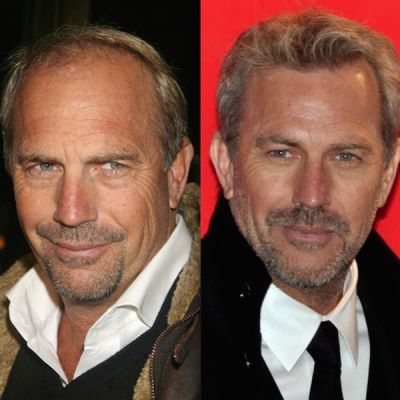 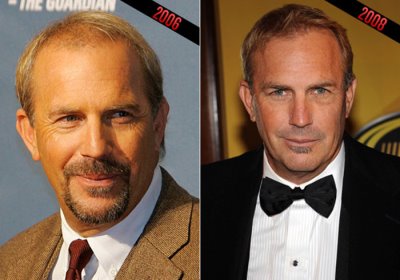 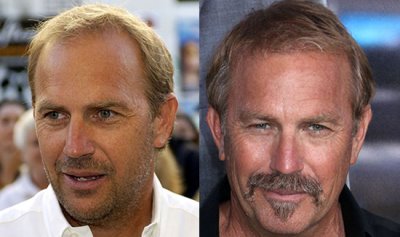 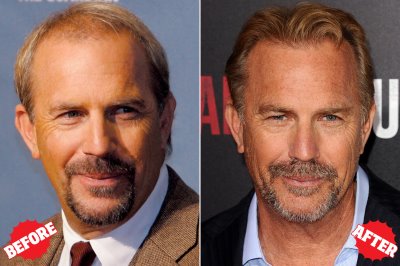 OTHER BLOG ENTRIES WE WROTE ABOUT KEVIN COSTNER

He is the second son for Christine and Kevin following Cayden who is 21 months old. Kevin also has three grown-up children from previous marriages. Kevin and Christine’s new bundle of joy weighs 8 pounds, 15 ounces.

The Dailymail reports on the origin of the new baby’s name:

Costner took inspiration from the old West to find a name for his new son. The 54-year-old actor told AP Radio before the baby was born that he would call him Hayes after ‘a cowboy character’ in a Western he plans to film. The Dances With Wolves star says Hayes is ‘a great Western name.’

Congratulations to the proud parents.

Kevin Costner Hair Transplant: Before and After, Then and Now Photos posted 8 October 2009. Updated 1 April 2017.