Mantas Armalis Underwear Modeling Photos (2020 Update). It’s taken a long time coming but we are updating this post to note that our model/professional hockey player is actually not from Scandinavia. He is from Lithuania which is part of the Baltic States. Clearly we do not know our European geography, no? Apologies for the mistake.

Secondly, the hockey hunk is no longer with the San Jose Sharks but is currently with the Skellefteå AIK of the Swedish Hockey League (SHL).

Finally, here are some photos of the Lithuanian hottie modeling Versace skimpy briefs underwear on the runway which we should have included in our earlier post. 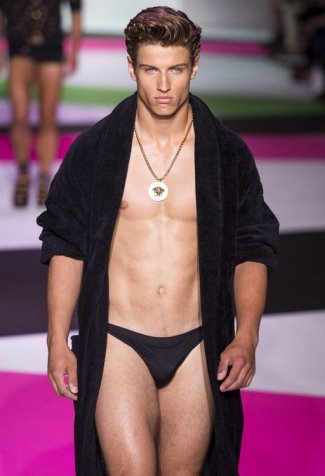 …..
Mantas Armalis Girlfriend (19 April 2016). Does San Jose Sharks goalie Mantas Armalis have a girlfriend or is he, as Deena suggests, gay and is dating a boy instead?

Asked why she would suggest that Mantas Armalis is gay, Deena shrugs her shoulders and sez: “He’s from Scandinavia and people there are okay with that. He is a male model too and we all know that male models tend to be gay. No straight man would prance around in skimpy underwear.” 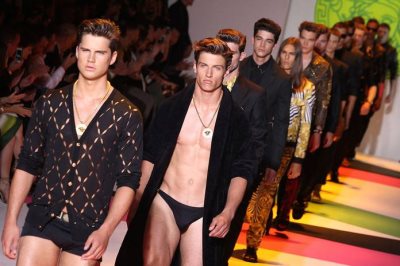 We disagree with Deena of course. First of all, just because Scandinavians are okay with gayness does not mean that they are — each and everyone of them like Mantas — are gay. Secondly, if there is anything we learned from America’s Next Top Model it’s that the vast majority of male models — maybe 80% to 90% of them — are actually are straight as an arrow. And, yes, straight guys would prance around in their underwear in front of people if they can make in a day what other guys can make in a month or a year (if they are supermodels).

Anyhoo, for the record, to answer the “who is Mantas Armalis girlfriend” question that some of you are asking, the answer is yes he does have a girlfriend. Her name is Stina Rosengren. Fabwags.com tells us more about her:

Stina Rosengren, was born in Tranas, Sweden, she is currently a student at the Stockholms University, she also works in the support and finance department for the web-related IT services company Crossnet. Stina and Mantas have been dating since July 1, 2013.

And here are pics of Mantas and his gal: 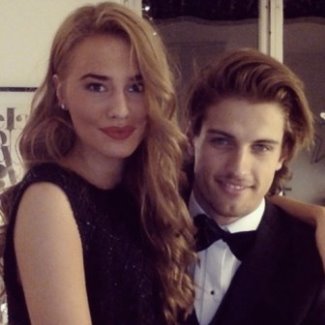 Another pic of Mantas Armalis girlfriend. 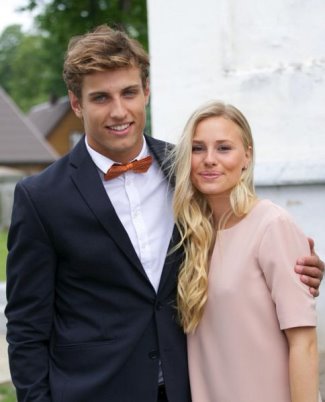 Okay, let’s end this post with this quote from Mantas (via aflonbladet) about his modeling and “hockeying”:

I’m a little unique compared to many other models in the sense that I’m a lot bigger. Partly because I have bigger thighs because of hockey, partly because I have greater upper body and is more muscular. Versace wants athletic models, while other fashion houses in Paris especially want thinner guys. There I had been run over.

My agency has asked if I really need to work the thighs and other body parts as much. If I did not, I would probably be more attractive in the market, but I replied that I train to become such a good goalkeeper as I can. They simply have to adapt to it and sell me as I am.

Well, now that he made the headlines in many parts of the world, we don’t think Mantas’ modeling agency will have trouble about selling him as he is. By the way, the above quote is a translation (by Google Translate) from the original Swedish.