Male Brazilian Wax: Enrique Iglesias to Get Waxed Down There. Guess who will be the male celebrity poster boy for men’s Brazilian waxing? No, it’s not Simon Cowell who famously published photos of himself getting body waxed. It’s not Kathy Griffin’s assistant either; Tom Vize was kinda forced by Kathy and Tiffany to get a Brazilian wax in the latest episode of My Life in the D-List. 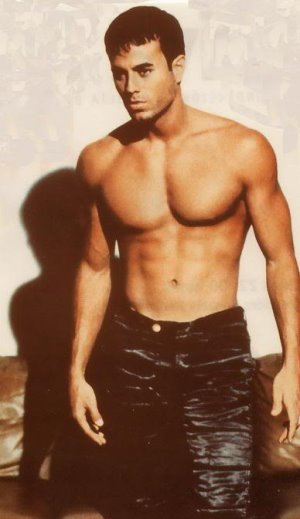 Nope, the celebrity poster boy for Brazilian waxing would be Enrique Iglesias. The Latino hottie promised his fans that he would water ski naked if Spain wins the World Cup. Now that it has won, Enrique says that he will fulfill his promise but he’ll do some body hair removal first. Wouldn’t it be fun if this kid gets Enrique’s business? 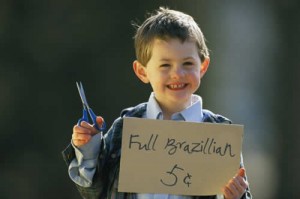 Reports People Magazine on water skiing sans au natural: “I need to get my Brazilian wax before I do it. Actually, I’m just waiting for a day off. A bet’s a bet. I used to do it in high school, so what’s the big deal?”

So what do you think of Enrique getting a male Brazilian wax like this guy: 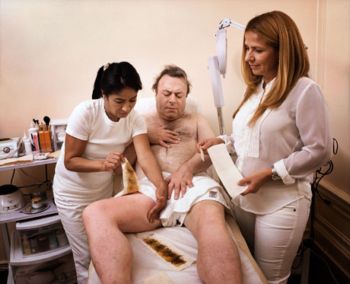 Note: Of course we know that the guy up there is not Enrique Iglesias. We just used the photo for illustration purposes. For more metrosexual manscaping news, check out our post on  Simon Cowell’s Male Body Hair Removal.

Update: Sorry, the video was deleted at source. But here’s a transcript of the pertinent question where Janeane shares her thoughts about the practice of removing your pubic hair.

Question (by Natthakan Garunrangseewong): You come out against the Brazilian Bikini Wax in your special. What’s so wrong with it?

Janeane Garofalo: I think [the Brazilian Bikini wax] is a scam… I don’t believe that there are a lot of people who find that attractive. I think we’ve been sold a bill of goods. It couldn’t possibly be true that there are a lot of guys who find adult females with genitals that look pre-adolescent that attractive. If they do, that’s a problem. I really do think that’s a problem. I feel like we’ve been conned into thinking it’s desirable to have that waxing done and that people like it. I think it’s a national myth that we have all gone along with for some reason.

So, do you agree with Janeane on her take on the practice of Brazilian waxing? We wonder too what Kellan Lutz (see Kellan Lutz Male Body Hair Removal) who’s famous for his manscaped body will say about Janeane’s “scam” thoughts.

Male Brazilian Wax: Enrique Iglesias to Get Waxed Down There. Posted 26 July 2010.