Les McKeown Gay, Wife Peko, Young Shirtless Photos – Bay City Rollers. What would you do if you’re a famous member of a famous boy band, have girls running after you, married for 25 years, and have sex with men on the side? 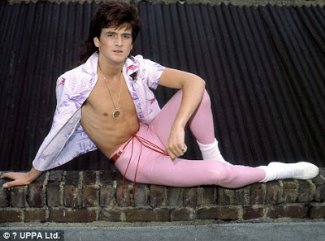 Well, if you are Les McKeown of the Bay City Rollers, you would tell your wife about your homosexual experiences after you revealed it on a TV documentary. Says Les of his secret gay life: “I’ve been a bit of a George Michael, meeting people, often strangers, for sex,’ he said. Not in public toilets – I’m not big on the unhygienic side of things. These days you’d meet online and figure out a place where to meet – your place or mine.”

And what does his wife, Peko, say about this Les McKeown gay coming out? She was shocked but she also had her suspicions. Says her to him: “I’m glad you’ve told me because always I’d wondered. I’d guessed but I was not sure. This is my husband – my family. We are cool.” 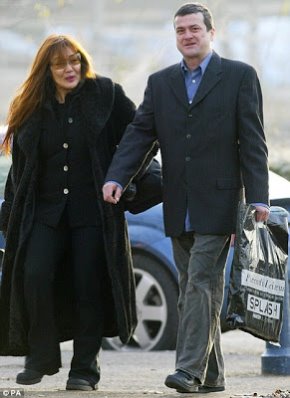 Despite his revelation, Peko is standing by her husband who is now trying to repair his relationship with his son. Says Les: “I’ve apologised to Peko. We’re going to see how things go.”

And adds: “When I agreed to do the TV series I didn’t think I’d end up talking about things like this, but I feel relieved now it’s out in the open. I think it will give me the opportunity to blossom a little bit. If you’ve got a secret and you’re a rotten lying b*****d you always have to be careful of your lies. Now that I don’t have a secret I can’t get found out, can I?’”

LES MCKEOWN WIFE UPDATE(28 July 2011): Some of you are wondering whether Les McKeown is still married to wife Peko. As we noted in our earlier post, Les claims that she is standing by him. An October 2010 article on the Daily Record quotes Les saying that they’re still together and that he mended things with his son. Says Les: “My family is back together. I have a great relationship with my wife and my son. My business is also back on track.”

Les also revealed that a bio-pic about his life is being planned with Ewan McGregor possibly playing him.

Some of you are looking for shirtless photos of Les McKeown so let’s have one from his younger days, shall we? Nice, huh? Is he wearing leather pants? 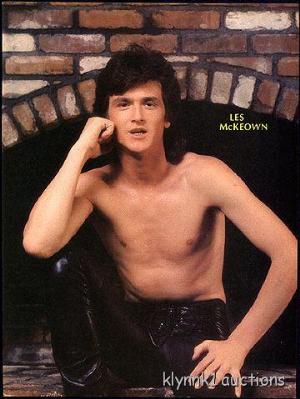 Others of you are looking for nekkid pictures of Bay City Rollers but, unfortunately, we don’t have any (even if we do have one, we don’t think we’ll be putting it here hehe). But we do have this photo of ex-Bay City Roller Ian Mitchell. 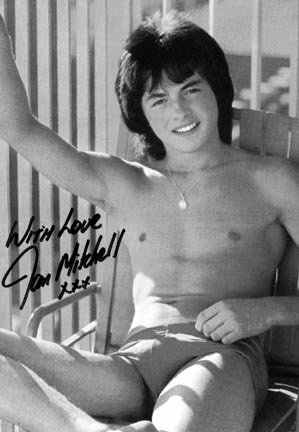 Cute, no? We heard Ian’s now based in the United States where he’s a naturalized citizen and that he has a band called “Bay City Rollers featuring Ian Mitchell”. Do we smell an intellectual property lawsuit between Les and Ian and other Bay City Rollers on the use of Bay City Roller?