Lenny Platt Shirtless Photos. Did you know Quantico actor Lenny Platt is 3/4th Latino? Did you also know that he is also a lawyer? Lenny tells us more about his ethnic background in this interview with hypable.com:

Your character name is Drew Perales, right? What is he like? What does he do in his spare time? What does he listen to at the gym when he works out?
Cash Money Records, Drew would definitely be into. Drew is from Chicago. He’s from Humboldt Park, Chicago, which is a predominantly Puerto Rican neighborhood. When I got the part — well, first of all, the character’s name was Drew Walker. They changed the last name. My mother’s Puerto Rican, and my dad’s half Dominican and half Polish, which is where I got my name, Leonard Platt. Otherwise, three quarters of me is Hispanic. So they asked my permission to write [my actual ethnicity] into the character. So he’s from a Puerto Rican neighborhood in Chicago, and he’s an ex-NFL player. He actually plays for the Bears. He’s a star wide receiver, which is a pretty cool character to play on TV.

Now, here are some Lenny Platt shirtless pics for those of you looking for such: The first ones from One Life to Live where our Lenny plays the role of one of the three Salinger bros, Nate Salinger. 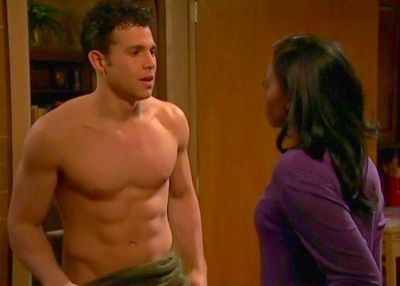 Lenny at the bath with One Life to Live co-stars David A. Gregory and Nicolas Robuck. Who is the hottest bro of them all? 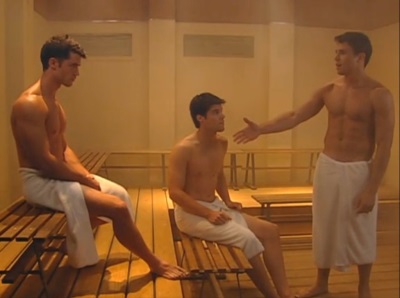 Pics of Lenny in his underwear for those of you who wonder whether he wears boxers or briefs. Apparently, he loves him his boxer briefs. At least in this pics, no? 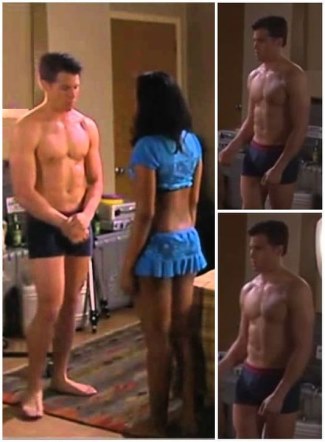 Oh wait, didn’t we mention that he is a lawyer? If we knew this before, we’d have included him in our list of hot male lawyers. More about Lenny wearing his lawyer hat from the NY Times:

“My LinkedIn page looks crazy,” said Lenny Platt, 30, an administrative legal assistant at ESPN’s New York office who is also an actor in the Shonda Rhimes drama “How to Get Away With Murder” and the executive producer of BBQ Films, a collective that puts together elaborate events based on cult movies.

Mr. Platt, who has a law degree, has negotiated absences from his legal work to go on auditions and take on roles that require him to be on set during normal working hours. His work with BBQ Films runs into his nights and weekends: He helped organize and starred in a recent tribute to “Weekend at Bernie’s,” playing Bernie’s similarly crooked son, a character dreamed up by the team at BBQ Films.

“I’m lucky I’m still on this high and I haven’t burned out yet,” Mr. Platt said. “Check back with me in a few years.” 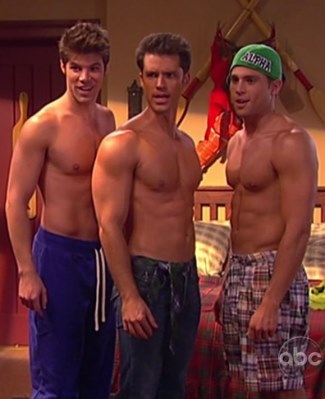 Lenny Platt Gay or Girlfriend? Oh wait, we forgot to mention his girlfriend. He may or may not be dating this girl. They sure look good together, don’t they. 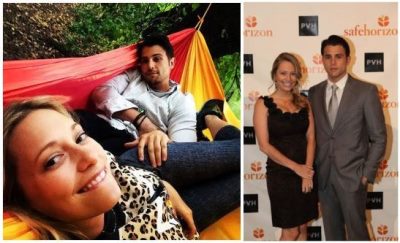