Chad Johnson Gay or Straight? Is The Bachelorette’s Chad Johnson gay or straight? Huh! Do we even need to ask. Of course he is very gay. Our sixth sense is telling us that he is a friend of Dorothy and we’ve never been mistaken on this matter. After all, weren’t we the ones who told you that Ricky Martin is gay? We did the same for Gio Benitez. Some of you gave us a lot of grief for saying that either are gay but both of them eventually came out. 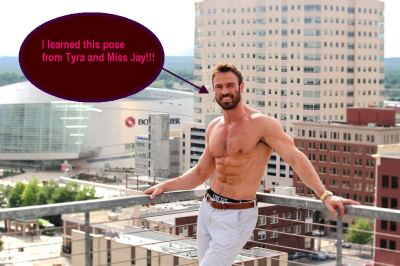 So how do we know that Chad Johnson is gay? Simple. Because his name is Chad. If you are going to name your son Chad, there’s a 50% chance that he’ll grow up to be as ghey as the day is long. So by virtue of his name alone, The Bahelorette’s Chad Johnson is 50% ghey.

Now, if your first name is Chad and your last name is Johnson, then there is a 90% probability that you are as ghey as a Christmas tree. You want proof? There’s Chad Johnson, the adult actor who starred in tons of men-doing-men movies. Then there’s former NFL footballer Chad Johnson (aka Chad Ochocinco) who, to borrow the words of bossip.com, “cuddled up” and got “close and personal” with transgender celebrity Amiyah Scott. They sure look good together, don’t they? 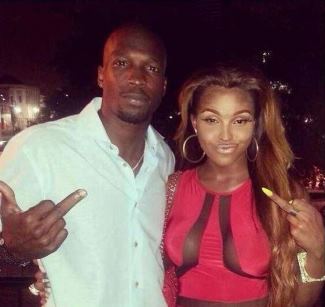 Now here are pics of Chad Johnson, the GayVN award-winning actor who starred in 46 films that had titles like Too Big For His Britches, Man Academy 2: Rites of Passage, Down to His Knee, and Groom For Hire. 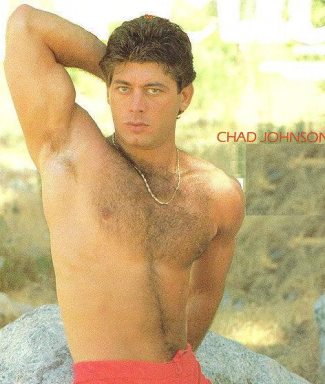 So having the name Chad makes one 50% ghey and having the full name of Chad Johnson makes one 99% ghey, what seals the deal that The Bachelorette’s Chad Johnson is really, really an upstairs gardener is the fact that he’s got some well-defined abs. Check ’em out: 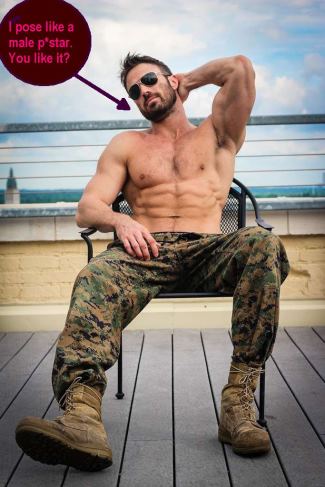 He sure poses like his adult actor namesake, doesn’t he? 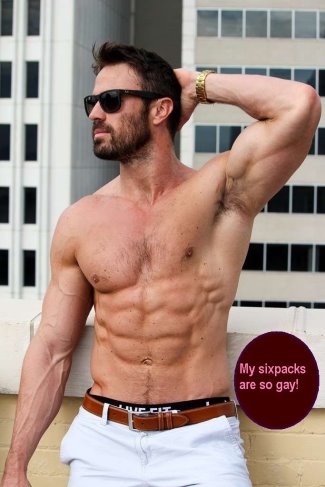 What did Kathy Griffin about men and their abs? She said only true gay guys have well defined abs. So since Chad Johnson have some abs to die for, it goes without saying that Chad Johnson is so gay!

What do you think, Famewatchers? Where do you place the controversial Bachelorette contestant in the Chad Johnson Gay or Straight spectrum? 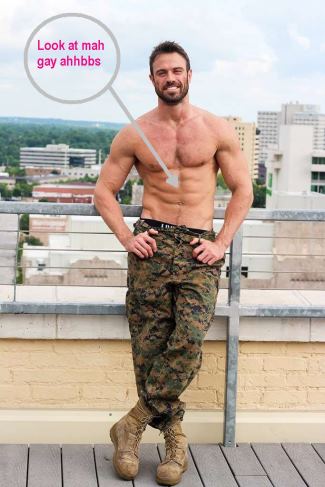