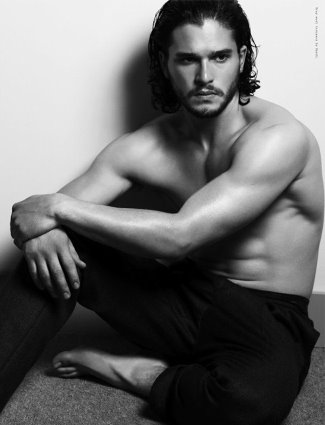 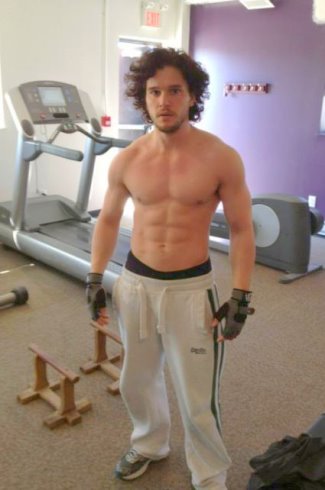 Then, here are some underwear pics from the stage play, Doctor Faustus. 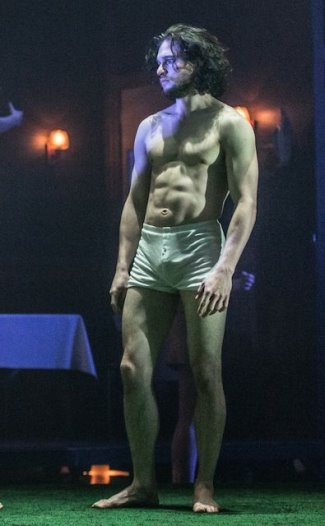 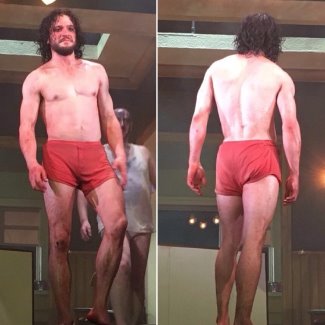 Kit Harington Underwear, Shirtless Photos, and Casual Fashion Style. Who is Kit Harington and why is he posing in his boxers underwear? We’re pretty sure not a lot of us Famewatchers are familiar with this guy because he’s a fairly new actor who started his career in the entertainment world just four years ago. So he’s some kind of a newbie. 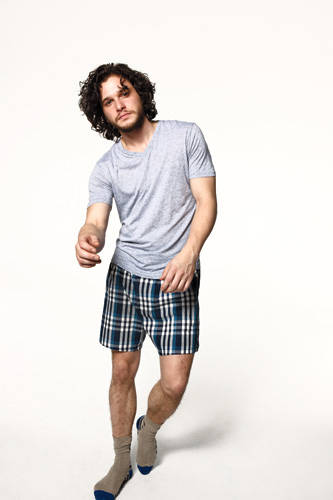 Still, we won’t be surprised if this dude will be the next big British star in Hollywood. He’s currently cast as one of the stars of Game of Thrones, the HBO hit which is beloved by fans and critics alike. Kit is also starring in a mystery/thriller, Silent Hill: Revelation 3D, scheduled for release this year. IMDB also lists his name in two movies currently in pre-production – The Seventh Son and Arthur & Lancelot – which could be released in 2013. 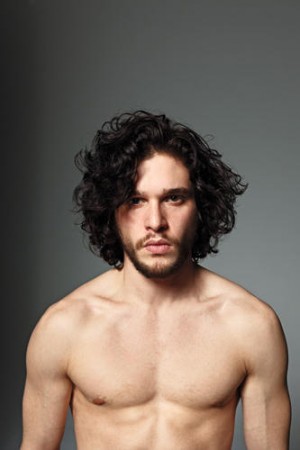 Anyhoo, as to why Kit is posing shirtless and in his boxer shorts in the photos we posted above, he’s actually appearing in a fashion spread for the March 2012 issue of Men’s Journal magazine.

Here are more pics from his photoshoot supposedly meant to showcase the current “in style” for menswear. 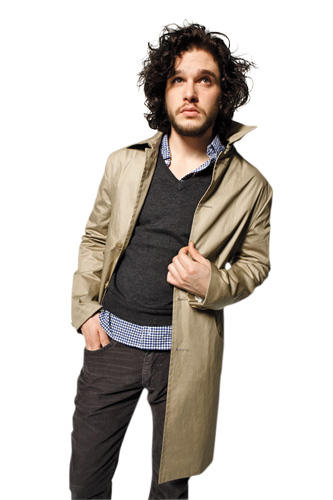 Kit in Longines dress watch and a chic V-Neck sweater by J Crew. 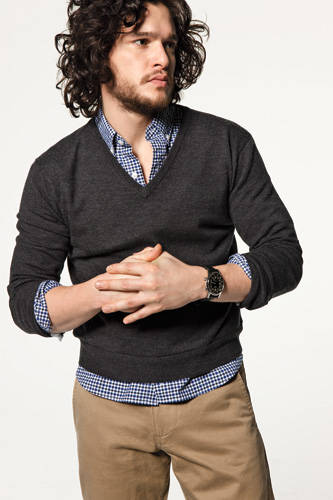 Last but not the least, here’s Kit in a Levis corduroy jacket and Oliver Peoples Sunglasses. 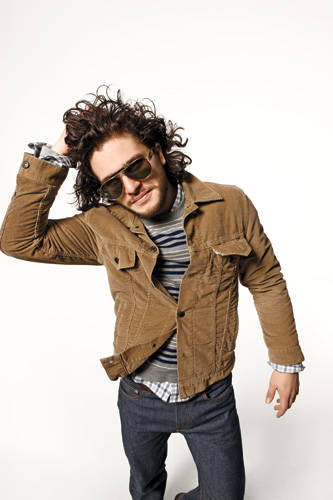 Now the above photos do showcase the clothes he’s modeling but they do not do justice to the gorgeousness of Kit Harington. Let’s remedy that by giving you this photo of Kit looking oh-so-fabulous at the 18th Screen Actors Guild Award last January. 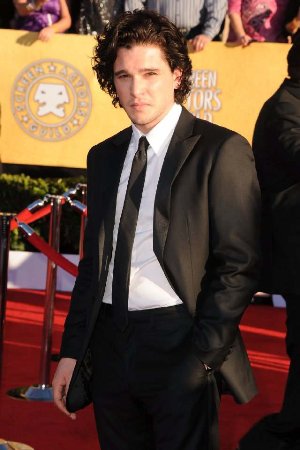 He’s got the boy-next-door-lemme-bring-him-home-to-mama look that some of us love but he also exudes an Antonio Banderas-like sensuality which prompts our friend Kevin to say, “I’d hit that!”