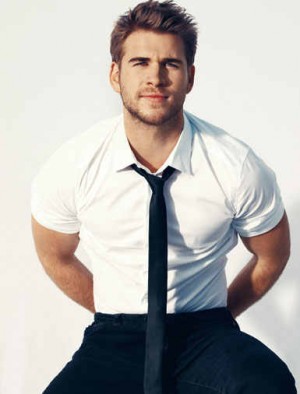 It’s amazing to see how much this kid has grown. He is about to hit the “Young Leading Men of Hollywood” category with the release of his movie, The Hunger Games, which is expected to be the next big teen/tween-driven movie franchise a-la Harry Potter and Twilight.

That Miley Cyrus is his girlfriend is more likely to help rather than be a hindrance to his rise in Hollywood.

Anyhoo, let’s check out what Liam is wearing for his Details magazine photoshoot, shall we?

Liam smiles like a naughty schoolboy while wearing an all-Calvin Klein get-up (slim tie, white shirt, and blue jeans are all from the CK Menswear Collection). 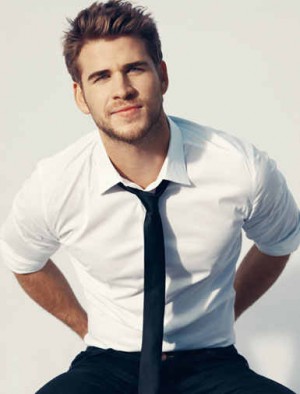 The buffed 22-year old actor sizzles in his T-shirt by Chucks Vintage and khaki trousers by Tommy Hilfiger. Is he trying to do a pull-up bar workout? 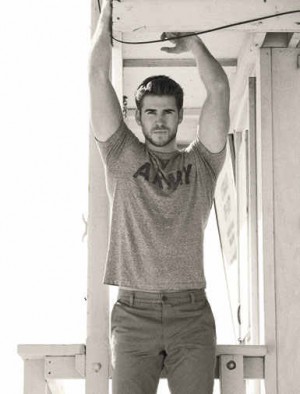 Liam plays beach rugby (we think) while dressed in a pair of Tommy Hilfiger pants and an American Apparel shirt. 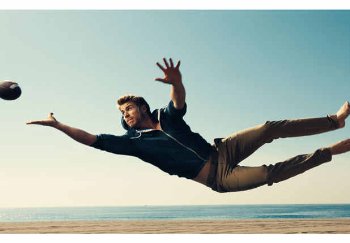 Posing in Diesel denim shirt and a pair of CK jeans. 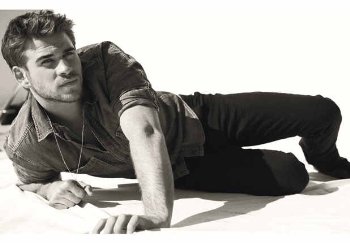 Of course Liam not only rocks his casual style. He looks effin good when he goes formal too. Here’s Liam with girlfriend Miley (my, how she has grown??!!) at the Elton John AIDS Foundation Academy Awards Viewing Party in West Hollywood. They’re both bringing the glamour, ain’t they? He’s in a Calvin Klein suit while she is in a Robert Cavalli dress. 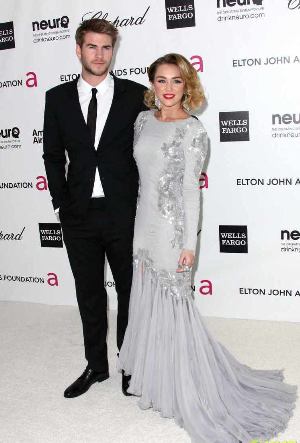 Another pic of the lovebirds at another red carpet event, Peoples Choice Award 2012. 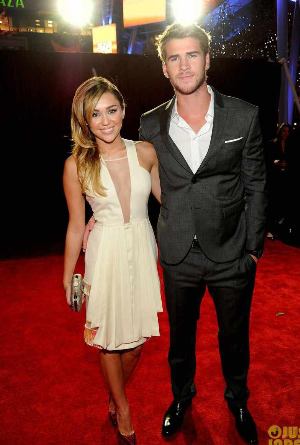 Liam and Miley at the CNN Heroes Awards. 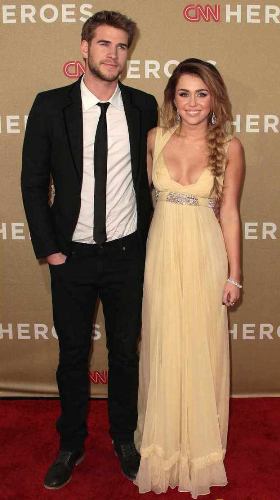 Funny how we’re starting to like Miley after looking at these photos of her and Liam going to red carpet events as a couple. We used to think that she’s nothing but a spoiled Hollywood brat but we’re actually starting to like her. She should thank Liam for that.

We mentioned that Liam is one of the Next Big Hollywood Leading Man, right? We’d like to think that we’re the first ones who thought of that but we’re not because two years ago, Details Magazine included him in their list of the “The Next Generation of Hollywood’s Leading Men.” Here’s Liam’s Details photo which accompanied said article. What is he wearing, you ask? The pink shirt is from Ascot Chang while his suit is by Boss Black. 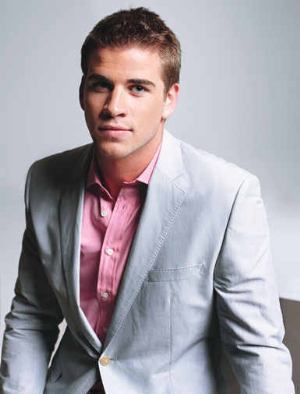 So what do you think of the Liam Hemsworth style? Do you have a favorite look from our Australian hunk?