Kevin Pietersen Shirtless in Underwear With Cricket Pals. Whoever thought of the idea to do an underwear photoshoot of our Kevin with fellow cricket star Andrew Flintoff, footballer Jamie Redknapp, and comedian Alan Carr deserves a raise. Seriously, double his/her salary. Haha.

Alan shared the image to his followers on social media. It was apparently taken when he guested on the British TV show A League of Their Own. Thank you Mr. Chatty Man. 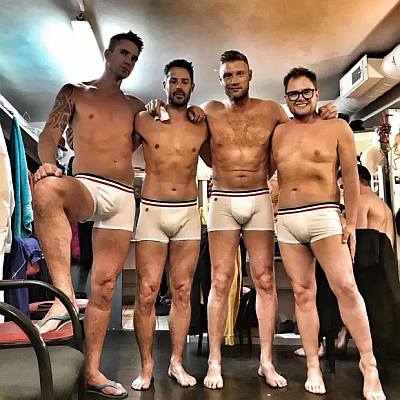 …..
Kevin Pietersen Shirtless Photos, Citizen Eco Drive Watch, and Brylcreem Hair (23 August 2010). We are updating this post to bring you more Kevin Pieterson hair realness. Of course, we also have some shirtless photos of the cricket hunk for those of you who are fans of celebs with no shirt.

Is he still the spokesmodel for Brylcreem? His hair is always groomed so we’re pretty sure he still is. But then again, does one really need products like these to have one’s hair look good? To quote Sandra Diaz Twine, “We’re not sure about thaaat.” 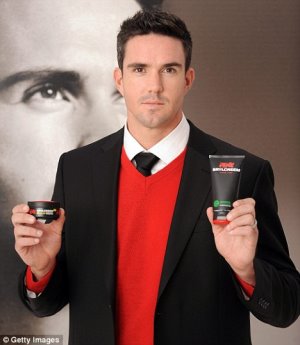 Now, let’s check out some Kevin Pietersen shirtless pics, shall we? Thumbs up, baby! 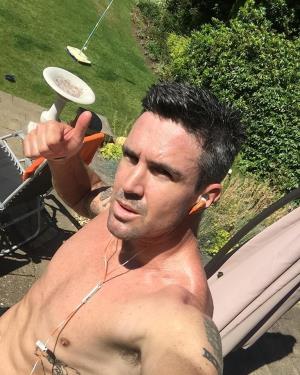 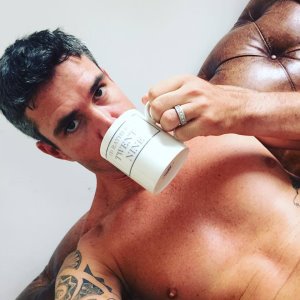 His body is transforming into a dad bod but he is hot nonetheless. 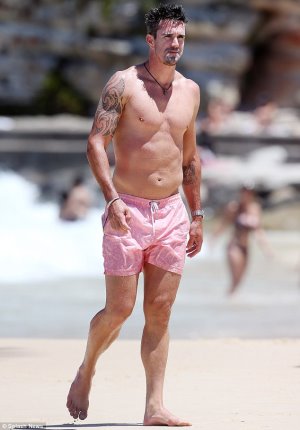 …..
Kevin Pieterson is Citizen Watch Ambassador. What kind of watch does English cricket star wear? Well, he’s one of the celebrity ambassadors of Citizen Watch so we’re pretty sure he wears this Japanese brand, in particular the Citizen Eco Drive which is featured in the print ad above. 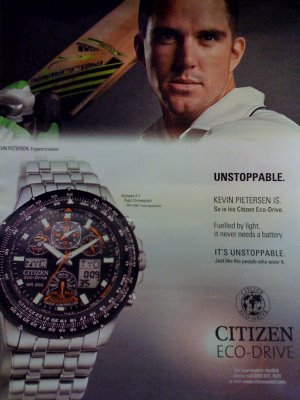 Also check out this 2007 campaign from Citizen Watch featuring its celebrity ambassadors from the world of sports. Kevin Pietersen is at the 0:54 mark and again at 1:53.

…..
Kevin Pietersen Hair: Cared by Brylcreem (02 October 2009). Kevin Pietersen, the English cricketer we once blogged about because of his awesome tattoos, is reportedly the new face of Brylcreem, a men’s hair grooming product. Kevin was once voted in 2005 as “the celebrity with the worst hairstyle” so this should be a good fit for Brylcreem because it can always claim that it improved Kevin’s hair.

Says Kevin of his being chosen as the new Brylcreem Boy: “It’s a real honour to be asked to be the next Brylcreem Boy – just look at the roll-call of names. Those are pretty big shoes to fill, but I’m eager to bring my own individual style and personality to the table.”

Bryl-creem, a little dab’ll do ya,
Use more, only if you dare,
But watch out,
The gals will all pursue ya,–
They’ll love to put their fingers through your hair.

Bryl-creem, a little dab’ll do ya,
Bryl-creem, you’ll look so debonair.
Bryl-creem, the gals will all pursue ya,
They’ll love to RUN their fingers through your hair.

…..
Celebrity Tattoo: Kevin Pietersen, Cricket Star Athlete (28 February 2009). Hey look who’s got himself a tattoo and appears to be pleased with it? It’s cricket athlete Kevin Pietersen who obviously took off his shirt in this photo to show off his tattoo. Nice one, Kevin. 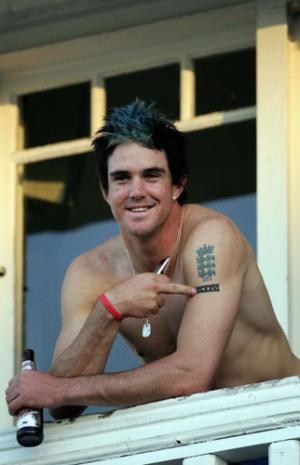