Kerry Rhodes Underwear, Shirtless Photos, and The Gay Question. We missed the photo below of Kerry Rhodes looking fabulous in his boxer briefs underwear [courtesy of kerryrhodes.com] so we didn’t include it in our post about NFL Players in Underwear.

But it’s better late than never, right. Better yet, we’re doing a whole blog post dedicated to him and his hotness. 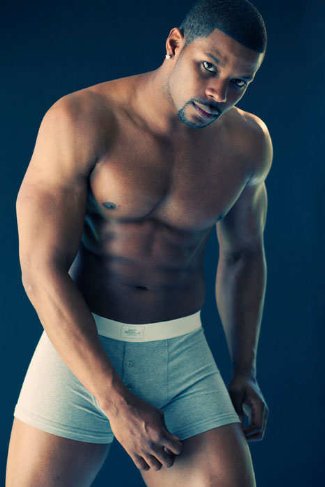 Damn. Whattahunk! Ever heard of Ike Behar? Apparently, our football hunk modeled for the clothing label sometime in 2006/2007. [Update: Ike Behar according to wikipedia, “Ike Behar is a clothing brand of American heritage launched in New York in the 1960s by a Cuban-American man of the same name. Still family-owned, the company is known for making dress shirts, ties, and jackets in the USA as well as in Canada and Peru.”] 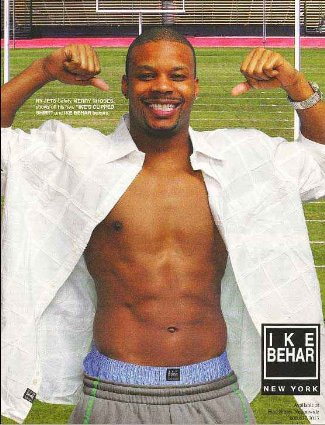 Kerry played for the New York Jets as well as for the Arizona Cardinals. Check him out bodypainted in his Cardinals jersey. [Want more male body painting?] 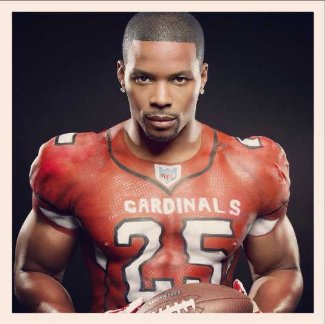 Kerry is kinda controversial these days because of the stories being peddled by his former assistant, Russell Hollywood Simpson, who claim that they were lovers going as far to say that the free agent “loved him like a little brother and effed him like a wife”. And Russell’s got some photos to back him up such as this one. 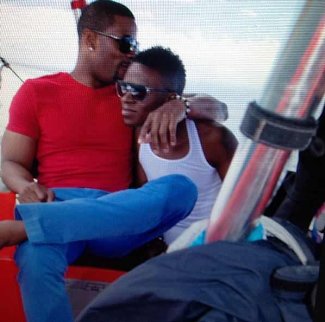 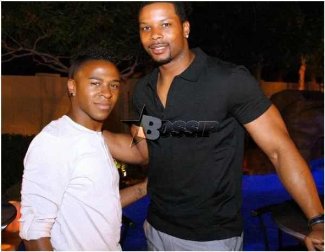 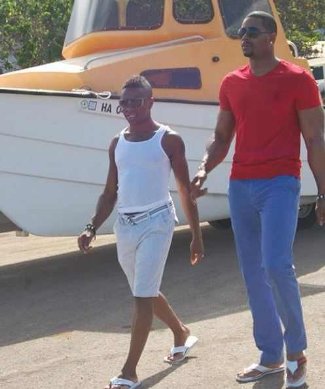 And there are many more intimate photos (go check them out at bossip.com) between the two which are pretty convincing that Russell and Kerry were indeed bumping uglies.

Not unexpectedly, Kerry denies that he is gay which may be true. He is most likely bisexual. What he has not done is categorically say that nothing happened between them.

But should we really care? No. Of course not. A person’s sexual orientation, whether said person is famous or not, is a personal matter. They have a right to keep it to themselves if that is what they want, right? It would be a different thing if a gay person in the closet is condemning gay people (we’re looking at you Republicans) but Kerry is not doing that is he?

So let’s just appreciate Kerry’s hunkiness, shall we? 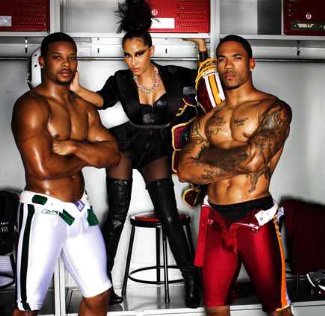 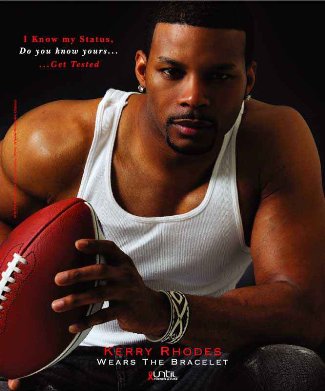