Pierce Brosnan Underwear, Speedo, Shirtless: Young and Old Photos. Hey, look at what we found when we were blog hopping? Shirtless photos of Pierce Brosnan when he was younger and starting in the biz. It’s okay to be getting excited about that, right? These are actually shirtless photos of our imaginary Irish boyfriend in one of his first movie appearances. 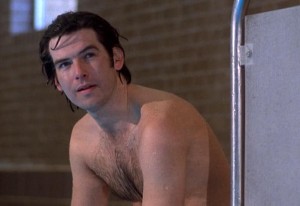 These photos are from the Long Good Friday, a movie released in 1980 when our Pierce was only 26 years old. We’re told he played the role of a hustler or something. Or maybe he’s just an Irish thug pretending to like guys so he can victimize guys who like guys.

With a Speedo like that, who won’t be captivated by this man? Too bad, we don’t have any close-up. 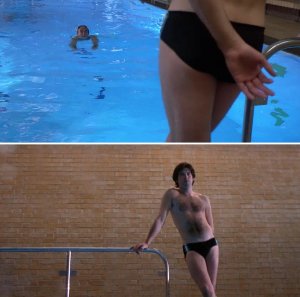 He was pretty hairy back then, huh? 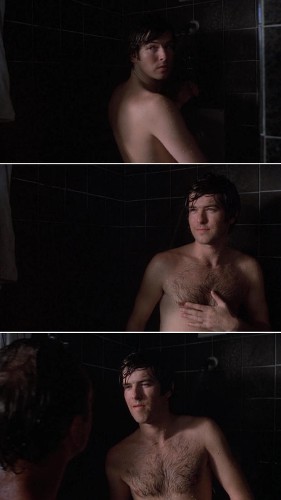 Pierce showers with his target. [Okay, we don’t really know the plot. So maybe there’s really no “target” to speak of.] 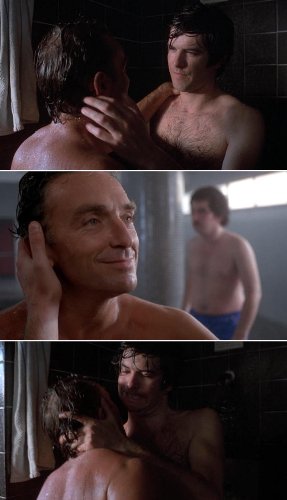 Here’s the video version of the above photos. Damn, the boy is hawt! He’s an effin killer in the movie though. [Note: The clip is violent.]

At any rate, Pierce’s part as an Irish Thug/1st Irishman is supposed to be a non-speaking part but, according to IMDB, he was able to “improvise one line of dialog”. Another clip from the movie, we’re told it’s the film’s ending, which features the baby-faced Pierce aiming a gun at the main character.

Who’s hotter? The young twenty-something Pierce or the daddy Pierce we are all familiar with today? To help you decide, here’s Pierce the daddy wearing nothing but his Speedo swimsuit in The Matador, released in 2005. 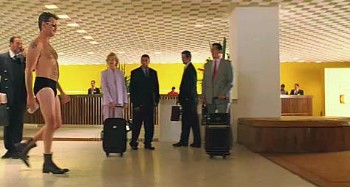 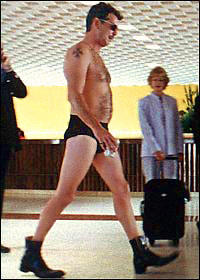 Pierce Brosnan Hairy (11 August 2009). Let’s add Pierce Brosnan to our list of male celebrities who don’t like that boxy waxing stuff invented by people who want to make money from men’s vanity. Hehe. No body hair removal for Pierce. We’re actually glad he is pro-hair because he looks awesome with them. 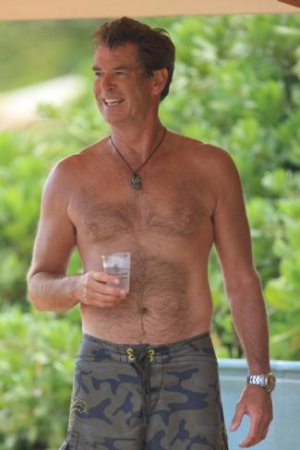