Juan Pablo Raba Gay or Straight? Look who’s going to play the first gay superhero in the history of ever? It’s Latino hunk Juan Pablo Raba! He’s been cast in the ABC show Agents of S.H.I.E.L.D to play Joey Gutierrez, an “Inhuman and former construction worker with the ability to melt certain metals who is recruited by S.H.I.E.L.D. for Daisy Johnson’s Secret Warriors team”.

Is Juan Pablo Raba gay in real life? Nah. He is straight. And a ladies’ man. Oh, he’s also very much married so don’t think imagine yourself dancing the horizontal dance with him. Hehe. 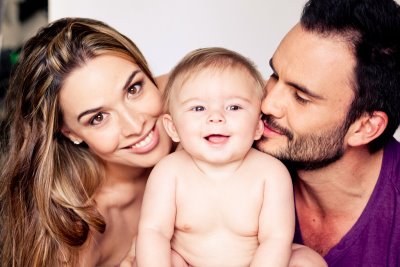 Raba talks about playing a gay superhero in this interview with xfinity.com:

So it’s safe to say you knew Joey was a gay character when you first came in for the role?
Juan Pablo Raba: Yeah, of course. The day that we closed negotiations, they told me it was a gay character and I said, “That’s cool. That’s great.” In the audition, they are very careful with the material, it’s very sensitive. So I did the audition and there wasn’t any information anyway.

Have you played a gay character before?
JPR: No, I haven’t. It’s the first time.

It’s nice that we’re at a time where you can have a gay character and it’s not what the role is all about. You also don’t have to worry about it as an actor and it not being a stigma or having to be cautious about doing a gay role. What are your thoughts on that?
JPR: Look, I grew up in a very normal household where there was no question about sexuality or preferences, so to speak. I was raised to always be a free person and to defend freedom of other persons and friends and family members. It would never have been an issue for me and I never would’ve thought that that would be something that would affect my career. I would always see it as an experience and an experience to grow as an actor and learn more about yourself.

I think that’s what we do as actors. We think we know a lot about our character but then once we really get to play it that’s when we find out about other people and compassion. It’s great to be playing it now at this place and time for the community. Gay marriage is being accepted all over the world. It’s great to be a gay character in the Marvel universe. It’s really an honor.

Juan Pablo Raba Shirtless Photos. For those of you looking for our Latino hunk’s shirtless pics. These images are from the magazine Revista Soho (photos by Diego Cadavid).

Juan Pablo Raba Underwear. Does he wear boxers or briefs? We don’t know what he prefers in real life but this still photos from some of his acting gigs shows him wearing boxer shorts and boxer briefs. 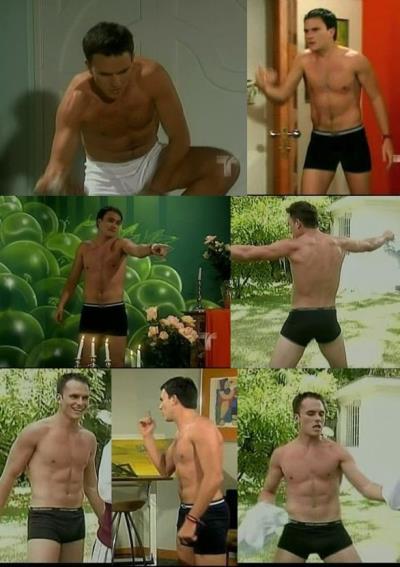 That’s it for now, fellow Famewatchers! Are you sooo looking forward to the second season of Agents of S.H.I.E.L.D when the Juan Pablo Raba gay character will make its first appearance? Let’s end this post with this pic of our one and only TV gay superhero actor looking good in his fab sweater. 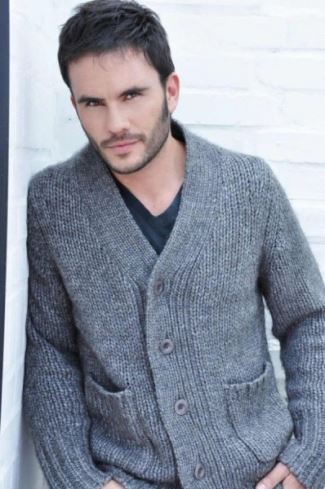