Jonah Hauer-King Gay or Girlfriend, Shirtless, Underwear Photos. Look who’s been cast as a prince in a Disney movie? It’s the British actor Jonah Hauer-King aka the dimpled cutie on Little Women who made our niece Sheila swoon every time he flashes us with a smile on screen. He really looks cute with his dimples, no? 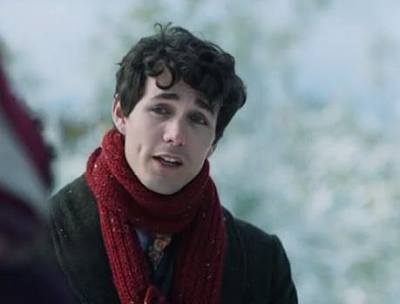 Another photo of Jonah and his beguiling dimples. Considering he is now a Disney Prince, maybe we should now start calling him Prince Eric With The Dimples. [Want more British Hunks?] 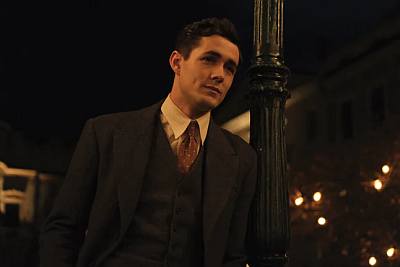 Anyhoo, here’s some details on Jonah’s biggest Hollywood casting to date from Variety: “Jonah Hauer-King will soon be a part of the ‘Little Mermaid’ world. The newcomer has been tapped to play Prince Eric in Disney’s live-action remake of the animated classic. At one point, Harry Styles was is in early talks for the role, but ended up passing. Hauer-King has had two screen tests, with the most recent occurring on Nov. 9 in London with director Rob Marshall.”

Jonah is soon to become world famous so we’ll try to answer the questions that you thirsty Famewatchers are already asking in your minds such as: Does he have a girlfriend, is he gay or straight, does he look good shirtless, does he prefer boxers or briefs, you know, the usual silly things you want to know.

Jonah Hauer-King Girlfriend. At this time, we do not know whether he has a girlfriend or not although some busybodies are shipping him with his Little Women co-star Maya Hawke. Can’t say we blame the shippers because Jonah and Maya do look good together. Anyhoo, we will update this post when we learn anything about our British hunk’s relationship status. 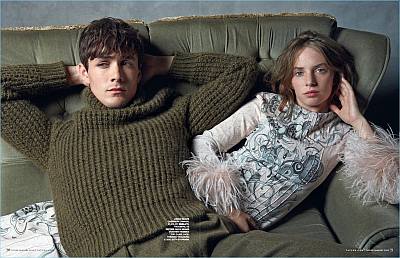 Is Jonah Hauer-King Gay or Straight? We also do not know the answer to this Q but if we have to guess, we’d say he is straight. But he did star as a gay escort worker in the 2018 movie Postcards from London. Here’s Jonah with co-star Harris Dickinson: 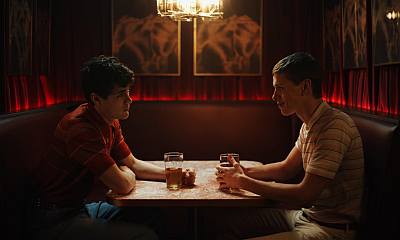 Now, here’s a question for those of you in the know: Can you give us an idea as to what’s happening below? Obviously, we know the dudes are about to go kissy-kissy but is this from a movie or what? And who is the other guy? [Update: We deleted the pic because it ain’t Jonah in there at all.]

Jonah Hauer-King Shirtless Photo. This is for the thirsty hos and THOTs among us here at Famewatcher. Pic is from Jonah’s Instagram account which you might want to follow @jonahhauerking. Unfortunately, we don’t have a clue on whether he likes boxers or briefs from his Insta. 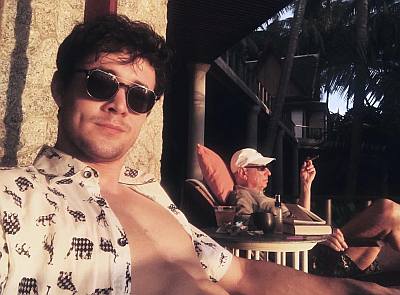