Craig Malozzi Model Hunk in Mens Leggings. Who says only girls can wear leggings? Not American male model Craig Malozzi. And he’s rocking his leggings too. We’re pretty sure he will also rock these jean leggings or jeggings for men. Awesome. 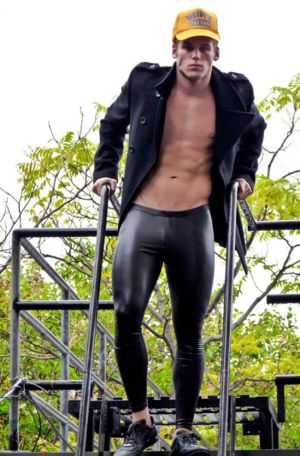 …..
Khaki Cargo Pants and Basketball Shorts: Craig Malozzi, Male Model (21 July 2010). More awesome hot male fashion photos featuring American male model Craig Malozzi who we earlier saw in his tight leggings. He looks cute in his khaki cargo pants and the photo of him in his shorts dunking a basketball is kinda intriguing. 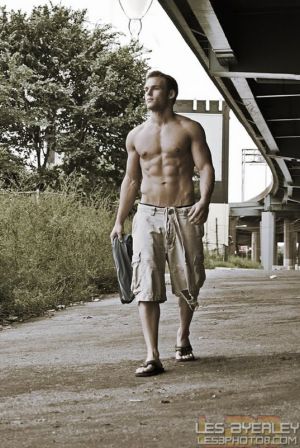 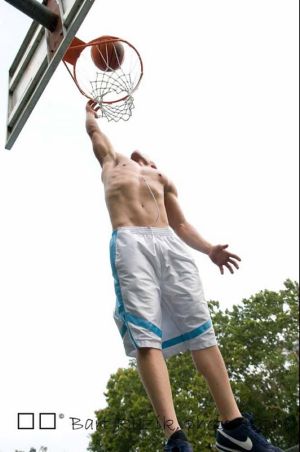 Oh, did we say he’s got kissable lips? The motorcycle leather jacket is fine and cool but them lips rightfully gets the attention. Hehe. 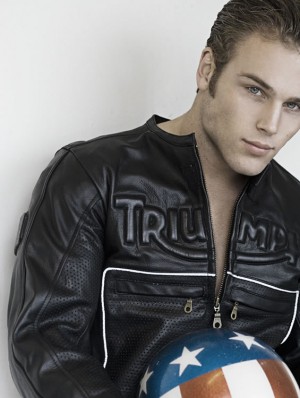 …..
College Guys’ Underwear: Model Student Craig Malozzi (27 July 2010). Let’s bring back American male model Craig Malozzi and his leggings. Why, you ask? Because we can, that’s why. Don’t tell us you don’t like more awesome photos of our model who, according to internet sources, is 21 year-old, an ex-military man and a natural athlete who enjoys football, basketball, baseball and golf. While doing fitness/commercial modeling he is also attending college full time.

So our Craig is a college model student like Speedo Tim of the University of Hawaii and others too many to list so you might as well visit our college hunks category.

More underwear photos from our model student. Here’s Craig in his boxers underwear. Thermal long johns underwear to beat the cold winter nights. Of course, college students should always have at least a pair of tighty whities. Update: Sorry, the photos were move to our Male Celebrity Underwear Gallery. Check it out. [Sorry, we had to delete the photos.]

And the always dependable short shorts for your gym time. The long coat is optional. 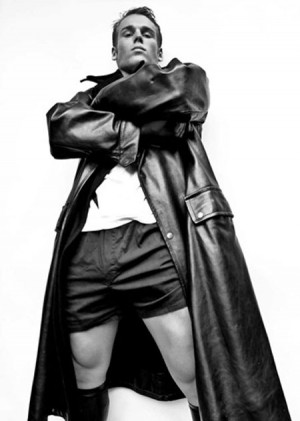 …..
Torn Jeans for Men With Chiseled Washboard Abs: Craig Malozzi, American Hunk (22 July 2010). We must admit that we don’t get the “torn ripped jeans” fashion style but go for it if you can rock it. Also, if you have chiseled washboard abs like American male model Craig Malozzi, you should also follow example and show off them abs. No one will be complaining about it. Well, except maybe male Republican hypocrites who love their men on the side. Hehehe. 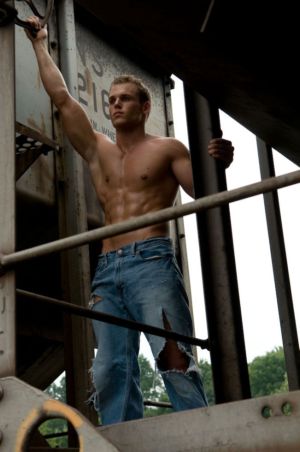