After all, who says you can’t wear your underwear outdoors? Certainly not Brett who’s looking fab in his Jockey long johns thermal underwear. 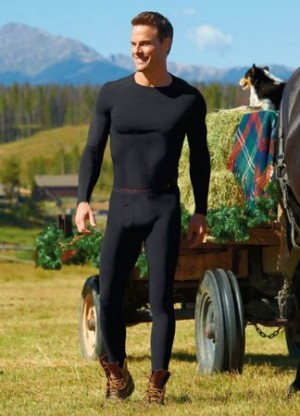 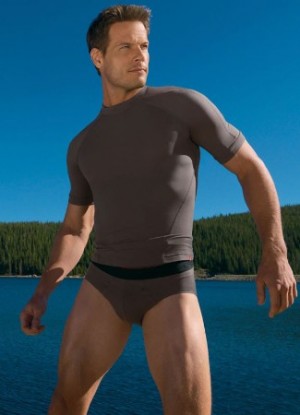 Oh wait, you want to know more about Brett Hollands, doncha? Well, well, well model-watcher as we mentioned earlier this handsome hunk is from the Great White North which is what our Canadian friends call their country. We, on the other hand, call it The Land With a Flag That Looks Weird During Olympic Medal Ceremonies. But that’s all we are gonna say about Canada because we know you’re more interested in Brett, right? 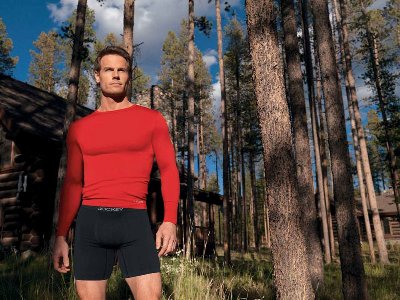 Okay, Brett is one of them models who has proven his longevity in the male modeling world. In fact, he’s now 40 years and we’re happy that he continues to get modeling gigs such as this Jockey underwear one. He doesn’t look 40, no? He’s obviously blessed with the “non-aging” genes as well as the “gorgeous good looks” genes.

Anyhoo, during his twenty-year experience has a model, our sexy blue-eyed hunk has walked the runways in Europe, North America, and other parts of the world. Among the many top-end brands he modeled for include Abercrombie & Fitch, Alexander Julian, Aramis, Banana Republic, Body Body Wear, Gant USA, Gillette, Globe-Trotter, Guess, North 44, Perry Ellis America, Polo Sport, Rochas, Versace Jeans and Versace Sport.

Oh wait, this post is about Brett Hollands in his Jockeys, right? Okay then, sorry for deviating from the subject. So we bring you Brett in his Jockey winter underwear. 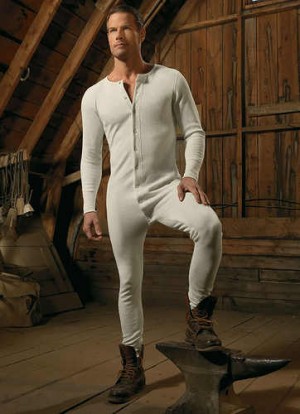