Jeff Wilbusch Shirtless, Underwear, Girlfriend: Unorthodox on Netflix. Who’s the guy rocking his squarecut Speedo swimsuit in the photo below. His name, fellow Famewatcher, is Jeff Wilbusch. He is an Israeli-German actor and, if you want to see more of him, he’ll be starring in Unorthodox which is an upcoming Netflix series about a “young ultra-Orthodox Jewish woman who flees her arranged marriage and religious community to start a new life abroad”. 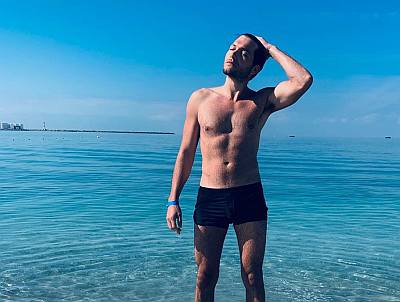 Another photo of Jeff in his swimsuit with partner Anna Patten Wilbusch. We grabbed these pics from his Instragram account which you might want to follow @jeff_wilbusch. But if you’d rather ogle at celebrities looking cool in their swimsuit as Jeff does in these pics, go check out our posts on male celebrity Speedos. 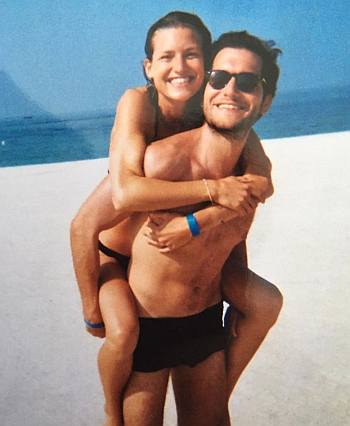 Another photo of the couple from the premiere of a Netflix show: 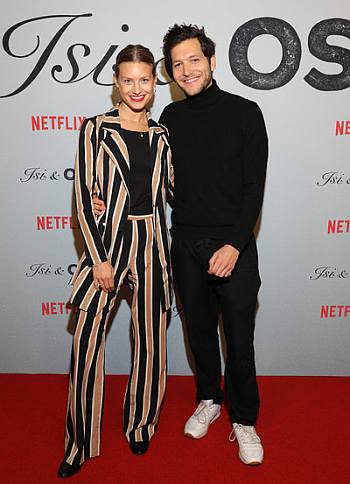 Jeff will be playing Moishe Lefkovitch in Unorthodox which starts streaming at the end of this month. Here’s a photo from the set of the show with his co-stars Eli Rosen, Amit Rahav, and Shira Haas who will be playing the main character. 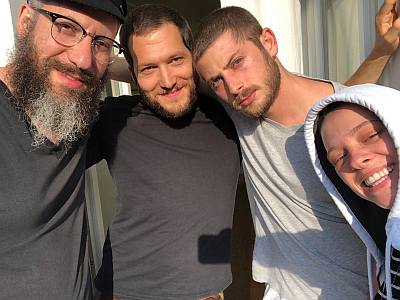 Aside from acting in front of the camera, Jeff is also a legit stage actor and received a glowing feedback from the New York Times which reviewed a 2018 stage play he appeared in:

The irreverent hashtag in the title of Yael Ronen’s “#Genesis — A Starting Point” at the Munich Kammerspiele seems to insist that the Biblical account of creation is, or ought to be, a trending topic. In her latest work, Ms. Ronen, an innovative Israeli director, explores how origin myths, both collective and personal, help us make sense of the world and our place in it.
…
The actor Jeff Wilbusch leaves the most poignant impression in a moving series of monologues about his painful adolescent separation from his Hasidic family in Israel.

Now, if that ain’t a ringing endorsement of Jeff’s acting skills, we don’t know what is. We are soooo looking forward to watching his show once it drops on Netflix. 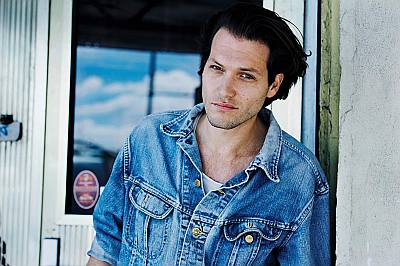