Jannik Schümann Shirtless, Underwear, Boyfriend. Today in Gay Male Celebrities, we bring you German actor Jannik Schümann who came out early this year when he posted a photo of himself and his beau on his Instagram account which you might want to follow @jannik.schuemann.

This hunk of a man caught our attention on the new Netflix show Tribes of Europa where we went like, “Who is that? Hubba! Hubba!” We’ve since learned his name, his nationality, and as mentioned that he’s already very much taken. Anyhoo, here’s the photo of the actor and his beau Felix Kruck which the former shared with his followers last 26 December: 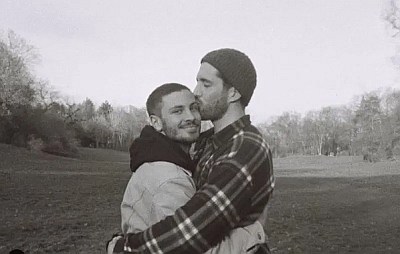 Awww! How cute are they? Onscreen, Jannik has played LGBT characters such as in the movie Center of My World (German title: Die Mitte der Welt) where he plays a falls for a fellow student. Here’s Jannik and co-star Louis Hofmann who plays his love interest. 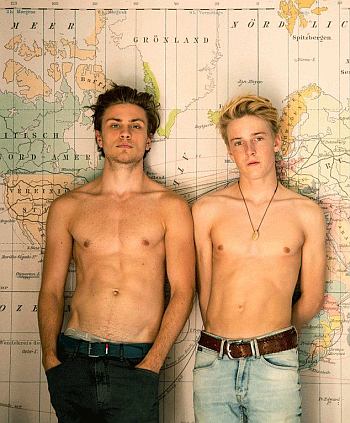 Jannik in his boxer briefs underwear in this screencap from said movie. 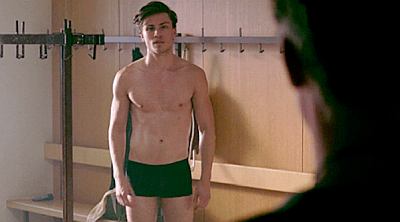 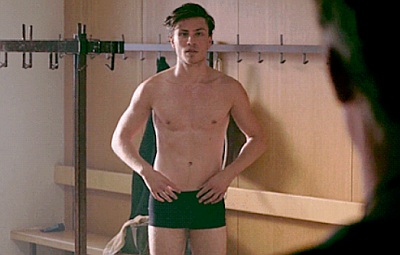 To date, our gorgeous German actor has starred in a total of 58 movies and TV shows including the ones already mentioned. One of his projects is the 2019 movie Close to the Horizon (German title: Dem Horizont so nah) about the tragic story of a male model.

Did we say male model? Thank heavens for the movie’s director who had him pose in a Ben Lawson briefs underwear and thanks to Jannik too for taking a picture of himself with his character’s billboard as a backdrop and sharing it on Instagram. This is why you should follow him @jannik.schuemann. 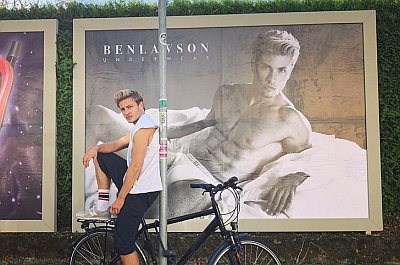 More gorgeous photos of Jannik. He sure is a gorgeous man, ain’t he? We’d call him our imaginary German beau but he’s already taken so we ain’t gonna do that. Hehe. 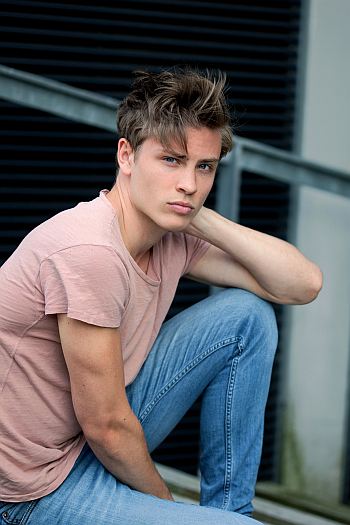 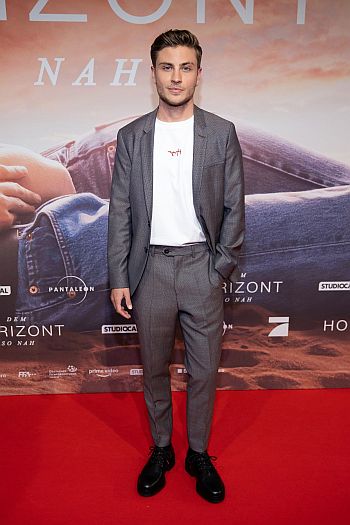 How’s the water Jannik? Did you have fun in the pool? 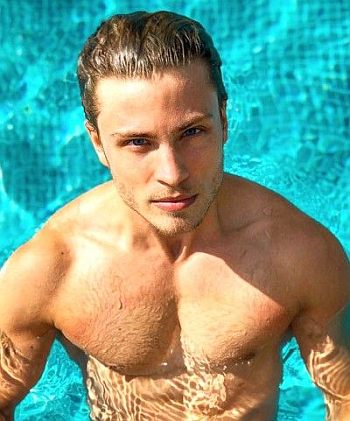 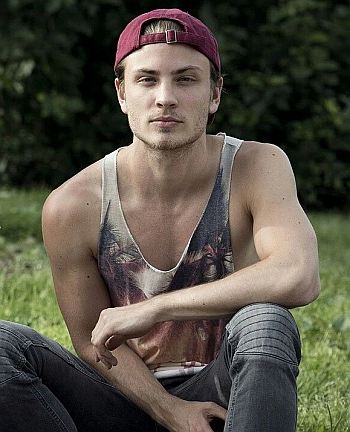