Michael Ballack Update: What is He Doing Now? We are updating this post to note that our German hunk has retired from the beautiful game eight years ago in June 2013. He also got divorced from wife Simone Lambe in 2012 and reportedly dated Natacha Tannous from 2015 to 2019.

So what has he been doing since he retired? According to premiereleagueheroes.com, the three-time German Footballer of the Year has gone on to become a studio analyst for renowned sports channels such as ESPN, Sky Sports, BBC Sports, and BT Sports. 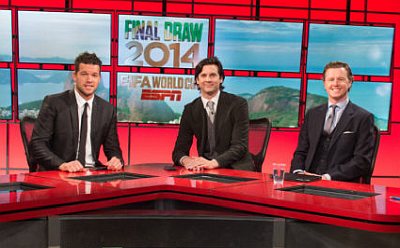 Ain’t he cute? He looks like a very obedient school boy who ain’t up to no pranks, no? 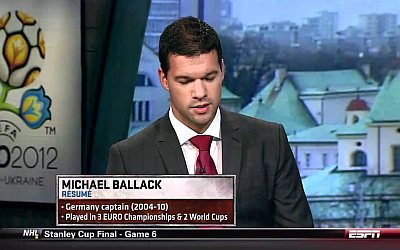 …..
Michael Ballack as Underwear Model (22 May 2011): Our friend Kevin must have smiled from ear to ear when he saw these Vanity Fair photo of footballers in their underwear which includes his imaginary German boyfriend, Michael Ballack. Kevin has been wishing for a Ballack underwear photo and now his wish was fulfilled by the good people of Vanity Fair. 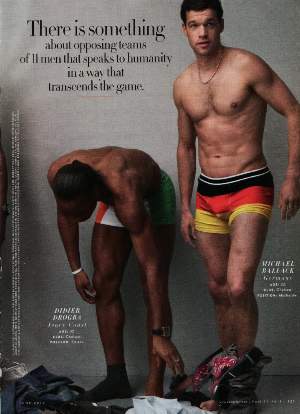 Satisfied now, eh Kevin? Other famous footballers included in the Vanity Fair pic are …. well, can you identify the other three? 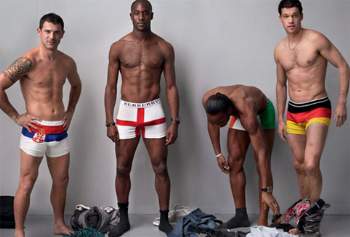 Ever the top-notch footballer, a shirtless Michael Ballack has his eyes on the ball. Wow, that’s a very clean smooth chest. Does he shave it or does he wax it? 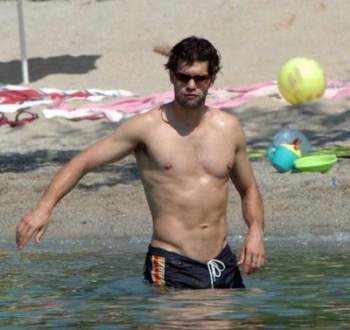 Okay, he’s actually totally not hairless. A closer look at Michael shows us some chest hair. 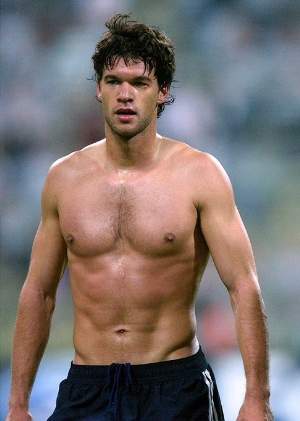 Didn’t we tell you white pants are more “revealing” than dark-colored ones? Check out Michael’s boneriffic Adidas football shorts. 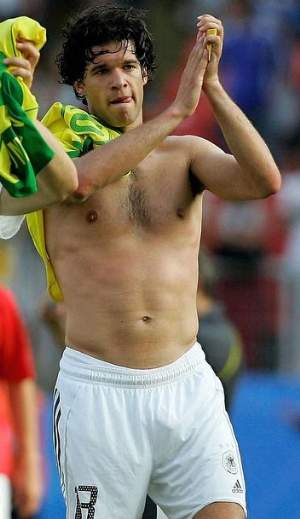 The last picture below is probably our favorite photo of Ballack. 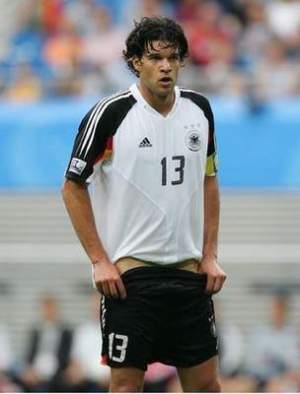 Why is it our favorite? Because it plays with your mind and brings up a lot to think about ? You go from “Oh my God! Is he going to drop his pants!” to “Wow! What will I see if he totally drops it!” to “Is he wearing underwear? What if he’s not, and he totally loses his shorts?”

You get the idea, right?

…..
Michael Ballack Underwear, Shirtless, and Beach Shorts (28 September 2009). First of all, we’d like to state that we are not quite sure if that is a boner. Who knows, maybe he’s got a ball in his pocketses a-la Derek Jeter. Now, if that is the real German sausage, then David Beckham has stiff competition in his pants and underwear companies should hire Michael as their model or something. What are you waiting for Abercrombie & Fitch? Hire this footballer as your model now!

But then again, maybe his wife Simone Lambe doesn’t want her husband to be as exposed as Beckham? Can’t say we blame her. After all, if we were Ballack’s wife we’d also rather keep him for ourselves and not share him with the public.