Anyhoo, this post isn’t only about hunky men who do construction work. Rather, we are listing famous celebrities who, at some point in their lives, were legit construction workers. Let’s begin our list with: 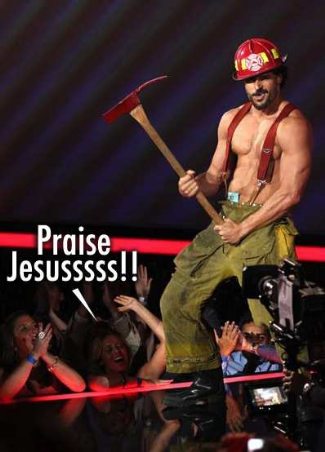 According to his IMDB account, the True Blood hottie “used to shovel sand and gravel off of a truck and do demolitions for a construction company” which may explain why he’s got the greatest washboard abs in show business. 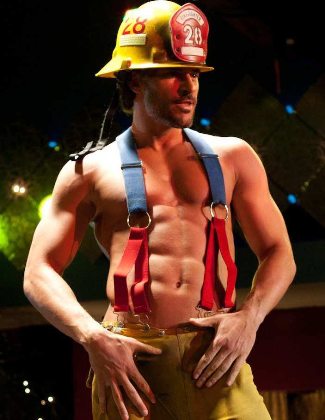 After he made a name for himself in Hollywood, our handsome Joe went on to star as a male stripper who dresses as a construction worker in the hit movie, Magic Mike.

Harrison Ford. Before he became known for his two iconic roles as Indiana Jones and Han Solo, the dreamy Harrison used to work as a carpenter. And he’s got the picture to prove it too. [Okay, we’re not sure if the pic is really from when he was a carpenter or whether its from a movie role.] 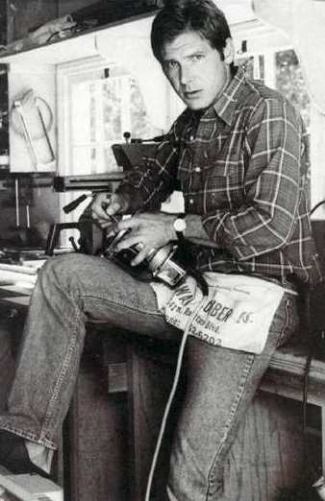 In an interview several years ago, the Hollywood A-Lister was quoted as saying this about his carpentry experiences (via askmen.com): “When I was a carpenter, I once worked with this Russian lady architect. I would tell her, ‘Look, I’m terribly sorry, but I want to change that a half inch,’ and she would say, ‘No limit for better.’ I think that is a worthy credo. You keep on going until you get it as close to being right as the time and patience of others will allow.”

George Clooney also claims that he used to do construction work. From CBS News: “But what you may not have known is that when he moved in with Aunt Rosemary Clooney in L.A. after dropping out of college, he paid for acting lessons by working construction and cleaning a theater (before that, he tried out for the Cincinnati Reds but didn’t make it past the first round).”

Okay, we can imagine George as a theater staff but as a construction worker? We gotta see it to believe it or in today’s internet lingo — pics or it didn’t happen. Here’s a pic of George wearing a hard hat from his Ocean’s Thirteen movie: 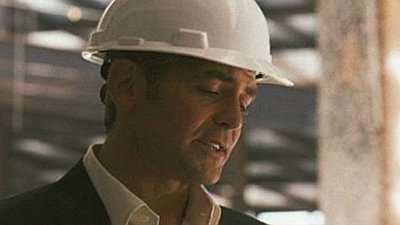 Brad Pitt. We don’t know if George’s pal has ever done construction work when he was younger but with his Make It Right housing project in New Orleans, we’d like to think that he earned the right to call himself a construction worker and to dress like one. 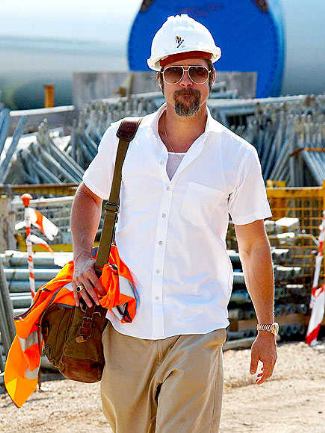 Way to go, Mr. Pitt! You’re wearing a hard hat so you are joining our list of cool celebrity construction workers!

From his IMDB profile: “Tom actually wanted to be a construction worker and therefore, after graduating, he worked in a construction service site. Tom eventually moved on to modeling after spending a period of time working in the construction business.”

Too bad we don’t have a picture of Tom as a shirtless construction worker. If you somehow have it and can share it, do send a copy our way. Joke. 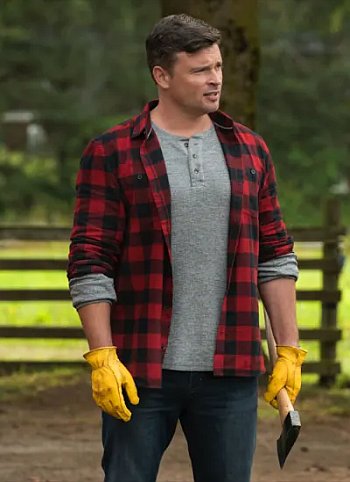 Jon Gosselin may not be a celebrity-celebrity but he was once a reality-TV star. Now, he’s doing construction jobs according to TMZ which has the pics to prove it too. 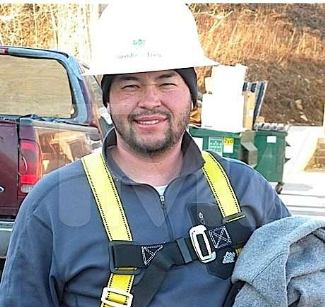 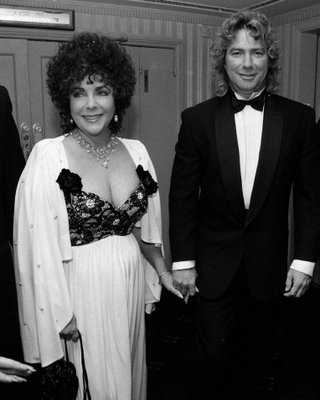