Men Wearing Dresses: Straight and Famous Male Celebrity Edition. We initially thought including this photo of Jamie Campbell Bower wearing a fabulous dress in our post about him — see Jamie Campbell Bower Gay — but we decided to write a separate post on famous straight men wearing dresses. 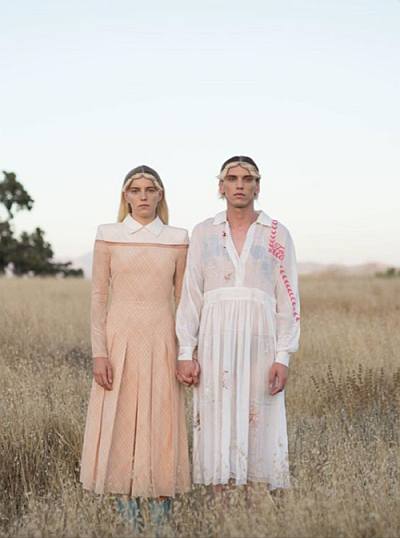 For those who are wondering what’s happening in the pic, the multi-talented actor is just posing for a Flaunt Magazine photoshoot with model actress Erika Linder. He looks good in his Fendi dress, doesn’t he?

Taron Egerton. We can’t find a photo of Taron wearing a dress but he revealed in a recent interview with The Awardist podcast that a) Elton John gave him the drag name of Blodwyn Campervan and that b) he got to wear his girlfriend’s clothes.

Let’s have the hunky Welsh actor give us the details: “I went to stay with him a few weeks ago in his place in the South of France,” Egerton says. “And after he went to bed I found his Polaroid camera — and I borrowed my girlfriend’s clothes and I dressed up as what I imagined Blodwyn Campervan might be, and took some photos of me and my girlfriend. She drew a mustache on herself. So — we both cross-dressed for Elton and David [Furnish]’s amusement, and put it their guest book before we left. They loved it.”

Jared Leto at the Met Gala. Jared’s red Gucci dress at the 2019 Met Gala made it to a lot of Best Dressed List such as the New Yorker Magazine, the Hollywood Reporter, Esquire, and the Robb Report. We’re kinda weirded out by the head though. 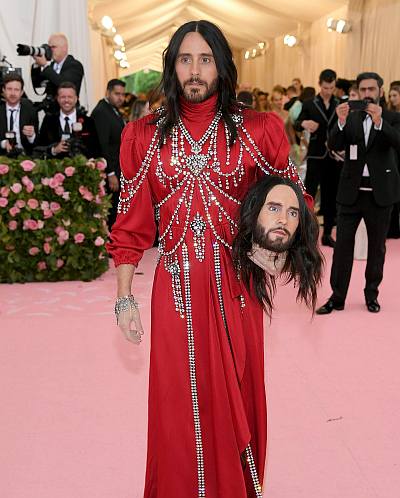 Best Men Wearing Wedding Dresses. There is an ongoing phenomenon of best men wearing wedding dresses to surprise the groom. For instance, here’s groom Dennis Hoffman having a laugh with his best man Timmy Horton after the latter dressed as the bride for the “first look” wedding tradition. 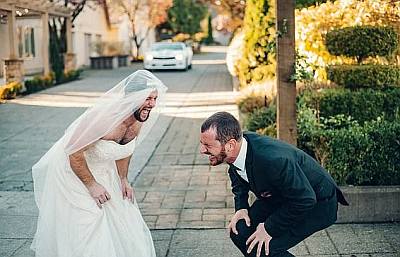 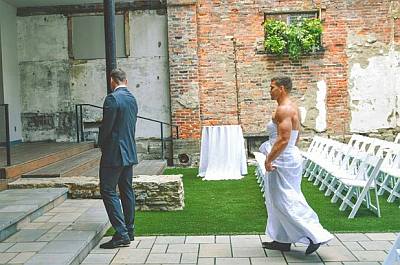 You can find more examples of best men wearing dresses but here’s a third one where the bride, Heidi Zherelyev, had her brother Eric Dodds dressed in a wedding gown to surprise groom Val Zherelyev. 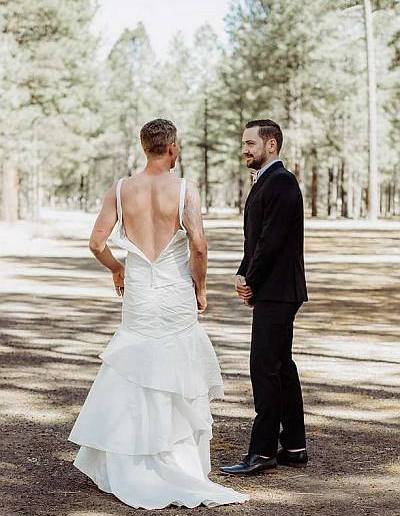 Brad Pitt on the Cover of Rolling Stone Magazine. Brad Pitt is probably the most famous straight man who wore a dress, no? 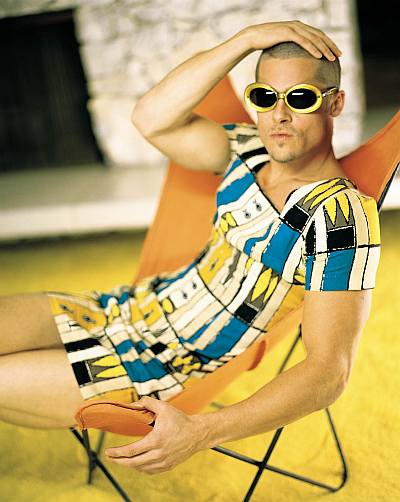 He is one of the earliest to do it too having done it as far back as 1999 when the world was less accepting of men wearing dresses. So we give props to the gorgeous actor for his trailblazing ways. 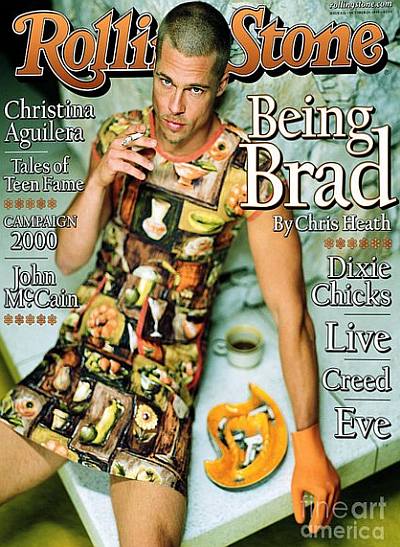