James Norton Gay or Straight? Want more hot ginger men? Of course you do. Everybody does! Which is why we’re bringing you British actor James Norton and his hunky redheadedness. Yum! 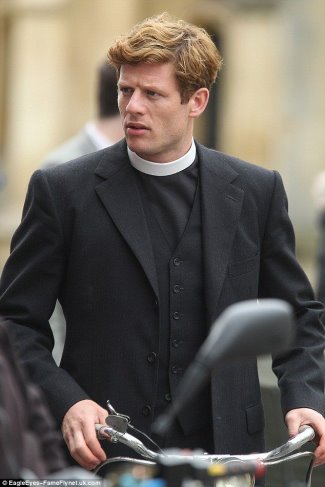 If we have a priest as hot as James, we’d be in church every Sunday. And we’d make sure to be seated in the very front pew. Hehe.

Is James Norton gay or straight? He is straight but he’s no stranger to gay kissin’ — at least when it comes to some of the roles he played on TV. Want some examples? Of course you do! Which is why we made sure to make give you the images below. Our James go kissy-kissy with his fellow thespians Ed Birch (in Life in Squares), Orlando Seale (in Bonobo), and Ben Lloyd Hughes (in Life in Squares). 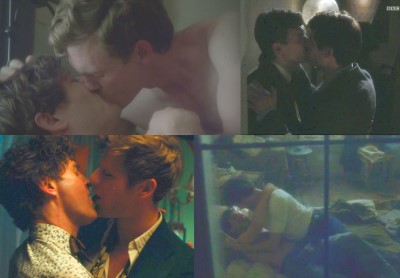 As it happens, James Norton and Ben Lloyd Hughes also play gay lovers in an upcoming film, Tell Me The Truth About Love, about Benjamin Britten and his muse and lover Peter Pears. Here are some still pics from the production: 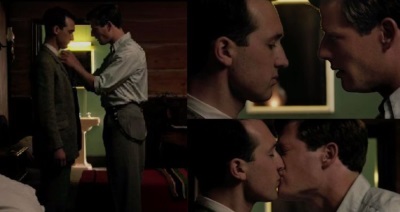 James Norton Girlfriend. Does our James have a girlfriend? What is his relationship status at the moment? Is he dating anyone? If so, who is the lucky girl? Well, curious Famewatcher, our James is indeed dating someone. Her name is Jessie Buckley. Both James and Jessie co-star in the BBC One period drama, War and Piece. Here’s a photo of the lovely twosome during a recent red carpet affair. 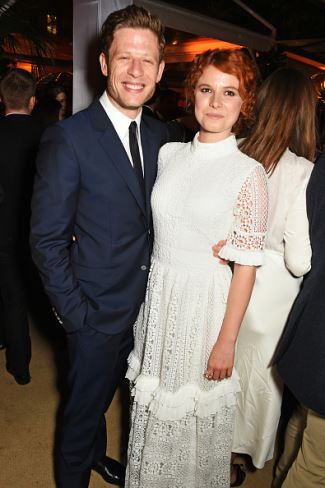 James Norton Underwear. Does he like boxers or briefs? We can’t find any categorical answer to this question but, if the next photos below are any indication, it seems like our handsome redhead is a boxer briefs kind of guy.

Oh, recently, James revealed that he prefers Marks and Spencer undies. Because we haven’t come across a pic of him wearing his Marks & Spencer underoos, you’ll have to make do with this photo of David Gandy in his white M&S boxer briefs.


Finally, here’s a James Norton shirtless photo for those of you who want more shirtlessness from our British hunk. 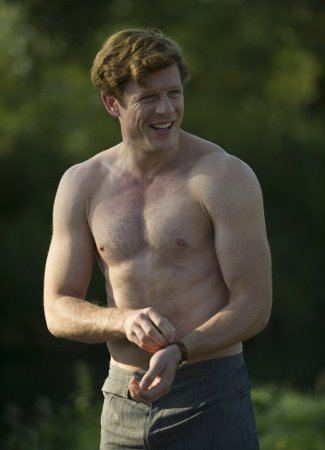