James Haskell Gay, Girlfriend, Underwear, MMA Fighter. Yay! We’re so happy! Why, you ask? Because our imaginary boyfriend James Haskell and his budgy smugglers are heading to I’m A Celebrity, Get Me Out of Here. For those of you not familiar with him, James is a British rugby union player who recently retired from the pitch but who’s now re-invented himself as a mixed martial arts (MMA) fighter. 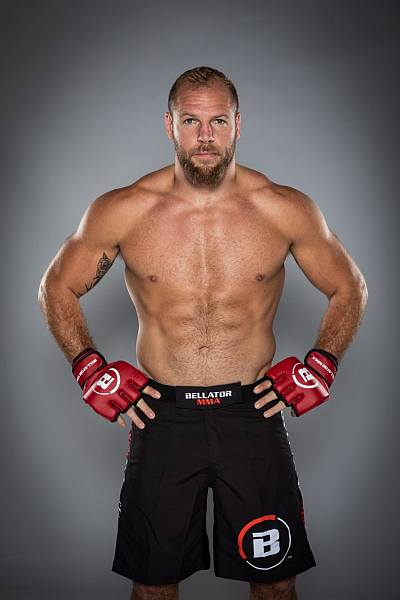 He signed up with Bellator as a heavyweight fighter and, if reports are to be believed, we’d be seeing him go toe-to-toe with another fighter sometime in 2010. We gotta give props to a guy who moves from one of the manliest of sports to the even manlier (and way more violent) world of MMA fighting. We also gotta give props to him for not closing the door on his Speedo-wearing ways. Yay! If we’d ever make a blog post about MMA fighters rocking their Speedos, James would be on the top of the list. 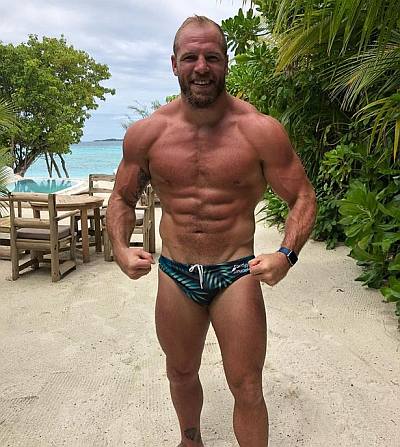 James Haskell Gay or Straight? He is straight but you can add him to the list of celebrity LGBT allies as, early this year, he helped out in the training session of the LGBTQ rugby club Northampton Outlaws RFC. He also praised the club for being in the forefront in making rugby inclusive.

Via Rugby Pass: “The Outlaws are really putting their hands up and saying ‘we can do this’ and they’re giving people a sanctuary… I can’t imagine what it’s like to be struggling to actually be yourself, to live a life where you’re not able to be yourself and to come to a team like the Outlaws where you’re not judged, you’re accepted, it’s essential. We all have our struggles and sexuality for a lot of people is a massive struggle – having teams like this where you know you can get involved is massively important.”

James also voiced out his support to Keegan Hirst when the latter came out as the first LGBTQ rugby league athlete. Says James, “It took real strength and courage for Keegan to come out. He’s a tough guy, and the fact that his team mates, the fans and everybody has taken it so well shows that it CAN be done.”

Want more proof that James is an LGBTQ ally? Check him out as he proudly displays the rainbow flag on his chest. 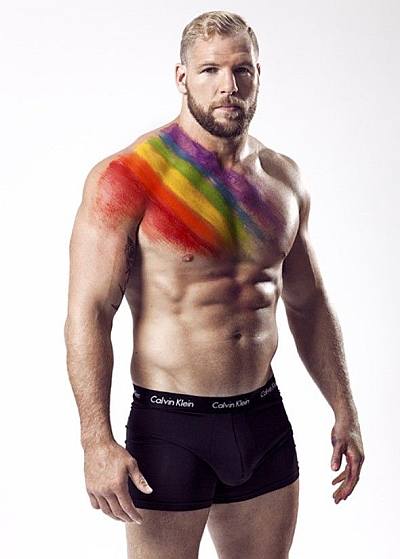 James Haskell Girlfriend or Wife? He tied the knot with TV host Chloey Madeley on December 16 last year which means they’ll be celebrating their first anniversary very soon. Will Chloey visit her hubby in the jungle? Hopefully the TV executives will make it happen otherwise it will be a bummer for both of them. Here’s a photo of the lovely couple courtesy of Hello Magazine: 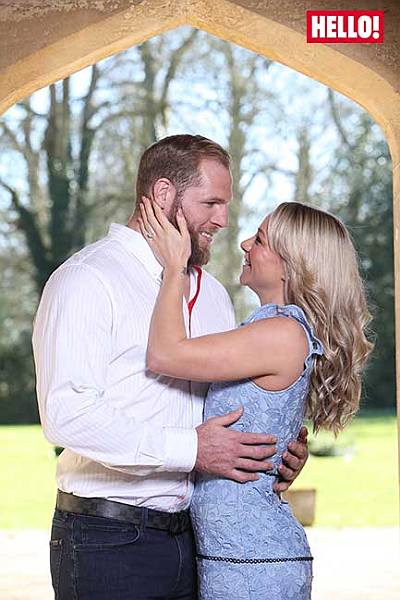 James Haskell Underwear: Boxers or Briefs? Seems like he favors boxer briefs and he looks good in them too. But, then again, isn’t he the kind of guy who looks fab in whatever kind of underwear he’s got on? 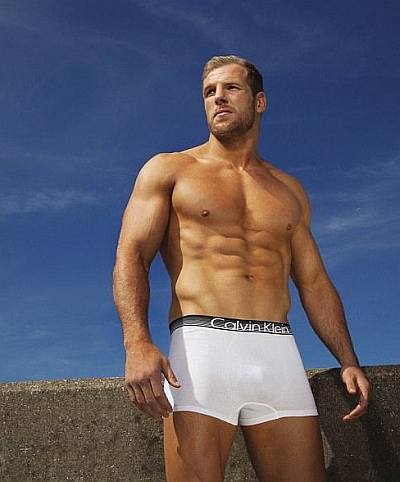 Does he have the best celebrity washboard abs or what? 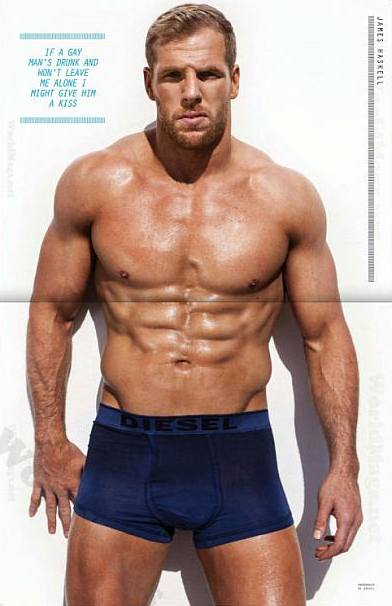 Yes, he does also rock his briefs-cut underwear! 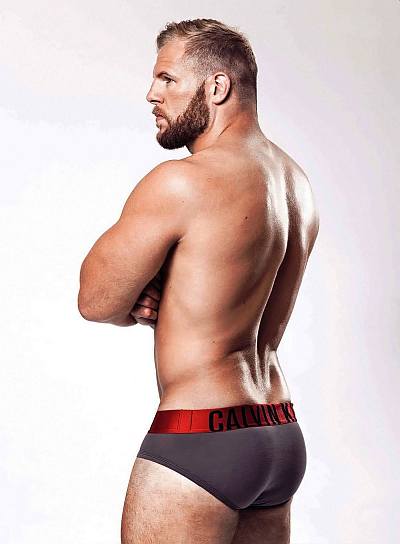