Jake Arrieta Shirtless and Underwear Modeling Photos. Let’s add Chicago Cubs pitcher Jake Arrieta to our list of pro baseball players who became underwear models. To date, the list includes Jim Palmer (the pioneer of them all), Russell Martin (of the Pittsburgh Pirates), Yu Darvish (of the Texas Rangers), and Gabe Kapler (who titillated the ladies and the gheys with his very revealing underwear and Speedo photos. [See their photos in our post on baseball players underwear.] 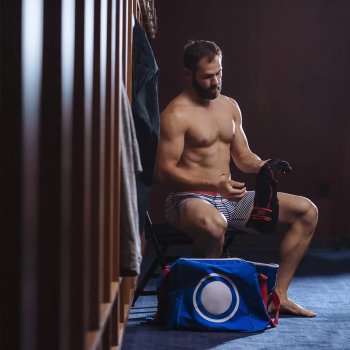 Anyhoo, Jake signed a modeling deal with Saxx Underwear and we’re bringing you some of his modeling photos. Which of these photos of our baseball star is your favorite? 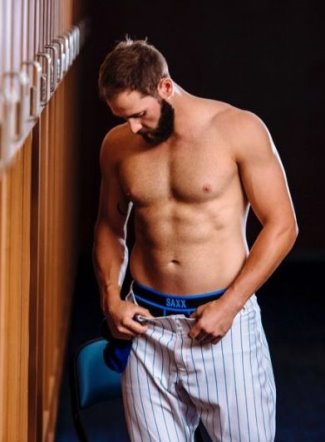 Apparently, he agreed to model for Saxx Underwear because he is already wearing the brand. Here’s what the baseball pitcher says after he signed on as a spokesmodel: “I’m excited to be working with SAXX. They have designed products specifically to fit my needs on the mound and off it. Every man could benefit from their technology and I’m looking forward to adding my opinion and ideas to the product design.” 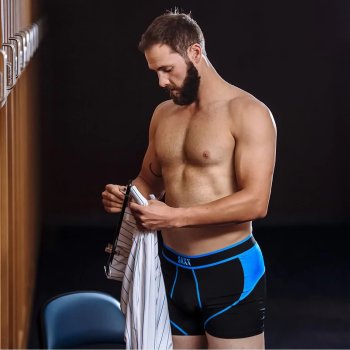 And here’s what the brand’s CEO Tim Bartels is saying about why Arrieta is a great brand ambassador for SAXX: “Jake was already a fan of SAXX brand and has had such an authentic introduction to SAXX. We could not be more thrilled to officially have one of the best pitchers in Major League Baseball join the SAXX team. Jake loves how the product performs on and off the field. He wants every piece of clothing and equipment he wears to perform at its very best. Jake also obsesses about every detail to help him perform better. That level of feedback and input into our product design process is invaluable and will help us to continue to produce the very best men’s performance underwear on the market.”

Now, if that ain’t a match made in heaven, we don’t know what is. Let’s end this post with this photo of Jake Arrieta working out in his SAXX outfits. 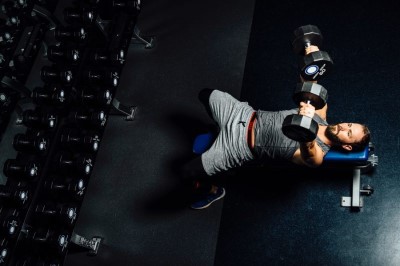 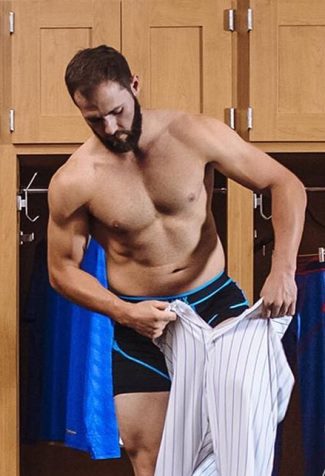