Jack Derges Shirtless, Underwear, Girlfriend. Famewatchers, say hi to our next imaginary Netflix boyfriend. His name is Jack Derges and, to quote the creator of a Facebook fan page who clearly admires the guy, he is “the S*xiest Man in Walford.”

We totally have no clue where Walford is — is it a real British town or is it a fictional town on a TV show — but we gotta agree that this guy is s*xiness personified. Heck, his hotness extends way beyond Walford. In fact, he is such a hottie that, simply staring at his abs below, makes us tingle. Hehe.

A shirtless photo of Jack we grabbed from his Instagram page (follow him @mrjackderges). Want more Celebrity Washboard Abs? 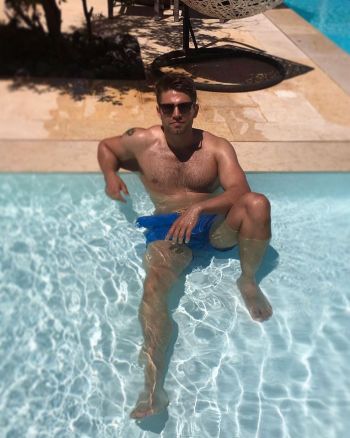 Jack Derges Underwear Photos. As usual, this section is for the thirsty THOTs among us Famewatchers who are fans of male celebrity underwear. First, here’s the British hunk going for the “check out my underwear waistband peeking from my jeans” look.

Then here’s Jack lying down while wearing a pair of boxer briefs. We grabbed this photo from the Facebook fan page we mentioned above.

Finally, here’s our Jack posing in a pair of Calvin Klein briefs. Niiiice. He was gracious enough to share this image to both his Twitter and Instagram followers. 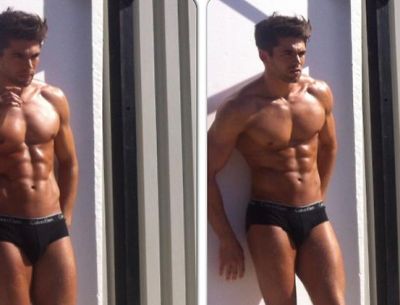 Jack Derges Gay or Straight? He is straight but we’re guessing its okay if you include him in your list of LGBT allies. In 2016, he played a male stripper aka The Cowboy in the stage play The Boys in the Band. 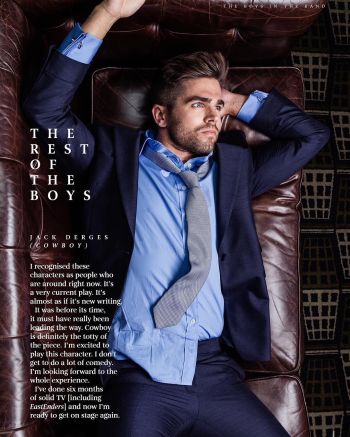 Jack as a shirtless and innocent looking cowboy. His performance is perfect according to a reviewer from thegay.co.uk. The specific quote goes: “He’s as hot and sexy as you would expect, and Derges plays him perfectly.” 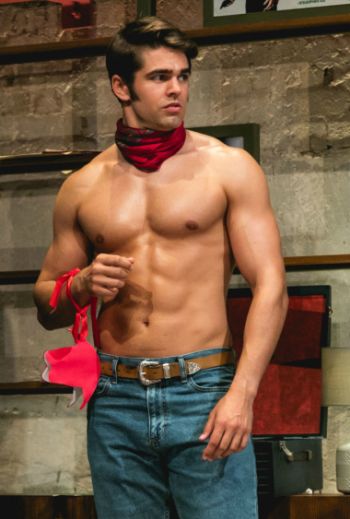 Jack Derges Girlfriend or Wife? So, we know now that he is straight but what’s his relationship status? Single, dating, or married? The actor is very much a married man. Here’s a photo he shared on Instagram with his wife, Yasmin Alamani. 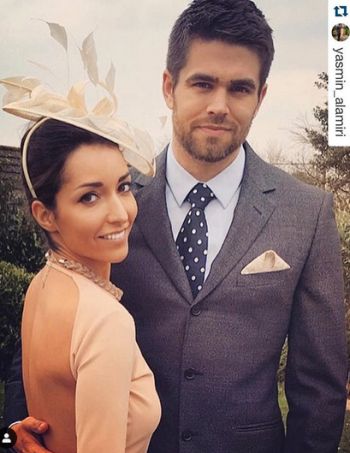 Yasmin is a dance teacher who founded the Elite Dancers Academy which is based in Wimbledon and where you can learn ballet, tap, and other kinds of dances. She gave birth early this year so the couple are the proud parents of a bundle of joy.

Watch Jack in the new show on Netflix, Get Even, where he plays an abusive coach who’s in a relationship with a student. Ugh. He’s gonna be a baddie.