Is Danyl Johnson Gay? Or Bisexual? Is X-Factor hottie Danyl Johnson gay? Nope. He’s not. According to The Mirror, Danyl is a “free spirit” who dates men and women. He even has the hots for Simon Cowell. Careful, careful, Danyl boy. You don’t want Ryan Seacrest to get jealous and destroy your career, do you? Hell hath no fury like The Ryan dumped for a cuter guy. 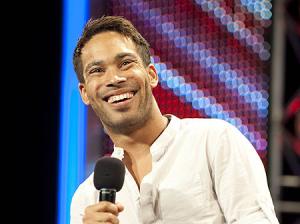 Anyhoo, here’s Danyl on his sexuality and his X-Factor performance: “I don’t like to conform or be put into one box or another and if I’m honest all the judges are good-looking. If I like someone’s personality it doesn’t really matter what they look like or what sex they are.Dannii and Cheryl are both beautiful and I’m a bit cheeky, so I played up to them a bit during the performance to get them on my side.”

He adds: “I suppose if I had to choose, I’d prefer Dannii because she’s got a great personality. I reckon you could have a good night out with her – she’d be up for dancing and a laugh. I would love to have her as my mentor so I could get to know her a bit better.” 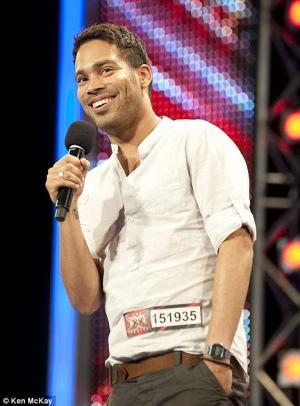 Will 27-year-old teacher Danyl Johnson emerge as the next X-Factor champ after Alexandra Burke? He reportedly had the audience at his feet during the auditions and The Simon is quoted to have said something like: “Dude… That was the single best audition that I have ever heard in the ten years I have been doing this.”

So this Danyl guy must be really, really good, eh? We’re suddenly fearing for our Irish twins, John and Edward Grimes. 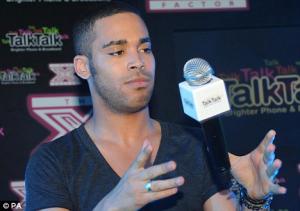 Danyl recently revealed that he survived testicular cancer as a boy. And like, Cosmo Magazine, he is encouraging men to get themselves checked before it is too late.

Here’s Danyl (as quoted by the Daily Mail) on his cancer and the importance of medical check-ups: “I have had many visits to hospital. Most of the time it was to do with sports and arts injuries, but when I was 11 they found cancerous cells in my scrotum. It was a scary time, but I came through it. I tried to be patient and not take it out on those around me.”

He adds: “I feel passionate about sexual health checks. The NHS provides a service to check you out, yet people don’t do it. I don’t understand why. If you ever feel there’s something wrong, talk to people. It’s always better to check it out. Be brave.”

So folks, go get yourself checked.