Lingerie Football League. Women in their lingerie playing football, what’s not to like? Count us in among those who are avidly interested about what this league will do. Who knows, these girls just might rival women’s swimming in viewer popularity.

The branding is blatant — the teams have names such as the San Diego Seduction, Dallas Desire and Los Angeles Temptation — and their websites and promotional material are more akin to those for NFL cheerleaders than genuine professional sports.

The league’s founder Mitch Mortaza has described the venture as “Disneyland for football fans” but those taking part say they are serious about the sport and about winning.

“I think it is eye candy for one but it is also football and it is real,” says Kaley Tuning, wide-receiver with the Miami Caliente who open the season on Friday at the Chicago Bliss.

“There were try outs for the team and if you couldn’t play you didn’t make the cut,” she said.

“I’ve seen people say it is a joke and it is degrading and it makes me mad. We are real athletes, for them to not take us seriously, well I say wait till you see us play,” she added.

Here are some photos of the girls in the Lingerie Football League: 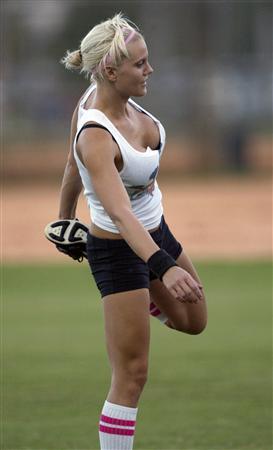 Aww. She’s got a nice smile and a nicer abs that we wish we had. 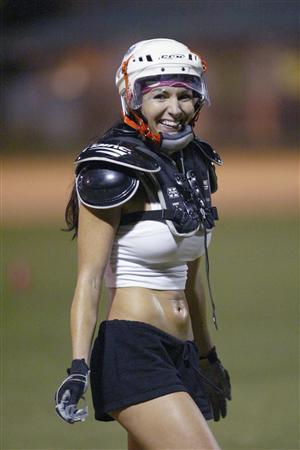 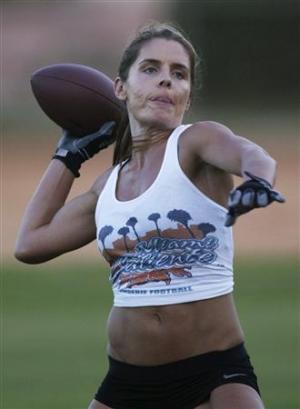 Sporty girls of the Lingerie Football Leauge get ready for the match. Or maybe they just finished their match? 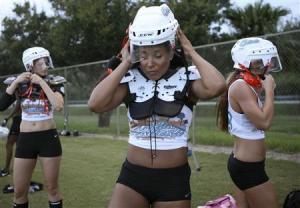 So, Famewatchers who know more about American football, do you think this Lingerie Football League has a chance of making it big? Will it have an audience? Or will it fold after a few seasons? Surely men who like football would watch sporty girls in lingerie playing football, right?

Anyhoo, we will find out if the Lingerie Football League survives a few seasons from now, no?