Is Batman Gay: A 2020 Update. The late director Joel Schumacher who helmed George Clooney’s Batman movie has weighed in, during an interview with Vulture Magazine, on the issue of the Caped Superhero and his sidekick Robin being friends of Dorothy.

First, the director denies that he made Batman and Robin LGBT characters. Secondly, he states that there’s always been a gay subtext in the Dark Knight’s story particularly with regards to his relationship with Robin.

From his Vulture interview: “This all started way before me. Long before I came along, someone wrote a whole thing about what the real message of fairy tales and children’s stories are. Snow White was all about having bad stepmothers. And Batman and Robin are two homosexual men. There’s always been this thing about Batman and Robin being gay.”

Actually, his point is valid as is evident in the following comic strips: 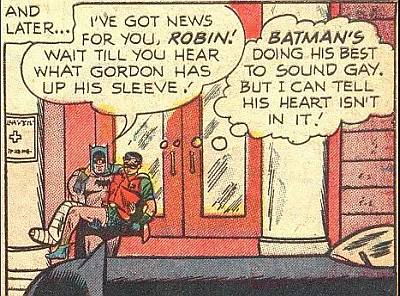 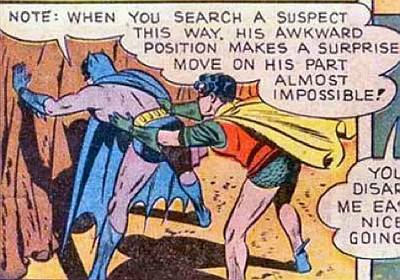 Oh, and there’s this thing about a kinda smug Bucky saying that Robin is jealous of him because he’s got Captain America.

Here’s a closer look for those who have vision issues: 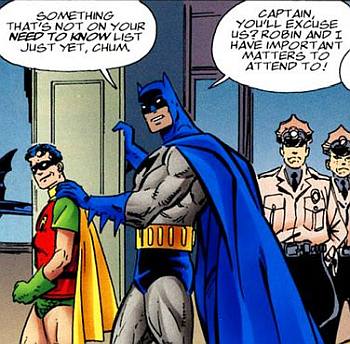 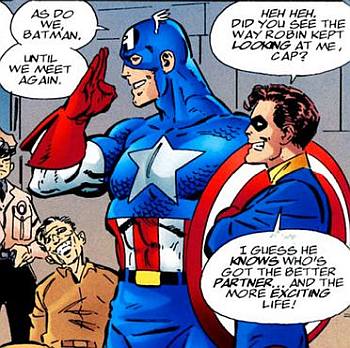 And our “favoritest” of them all. 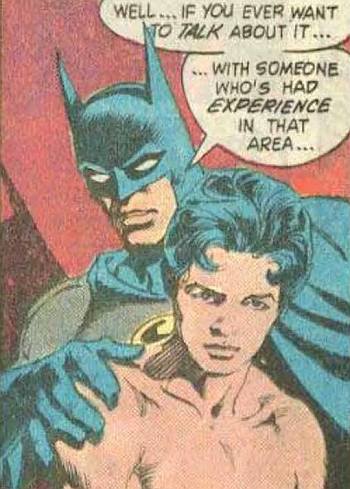 …..
Is Batman a Friend of Dorothy? (5 February 2009). He is according to George Clooney who played the superhero in the 1997 movie Batman and Robin.

More about Batman as a friend of Dorothy (via pinknews.co.uk): “The actor who was being interviewed on an American Oscar show, replied to host Barbara Walters’ who asked if he would ever play a gay cowboy. Mr Clooney said he believed he had already played a gay character, “I was in a rubber suit and I had rubber nipples. I could have played Batman straight, but I made him gay.'” 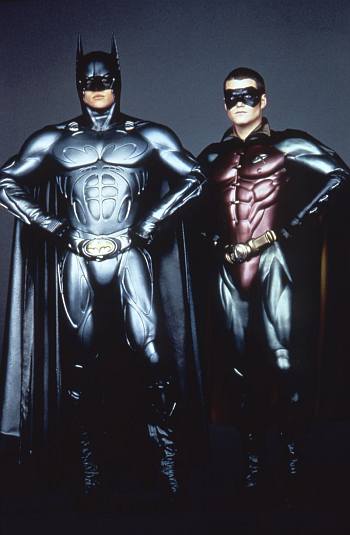 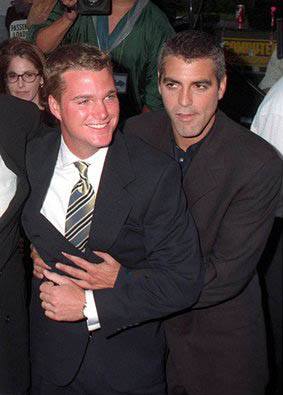 Looks like Chris O’Donnell approves of George’s handsiness, no? At least that’s how we interpret his finger sign. You know, kind of like a thumbs up. 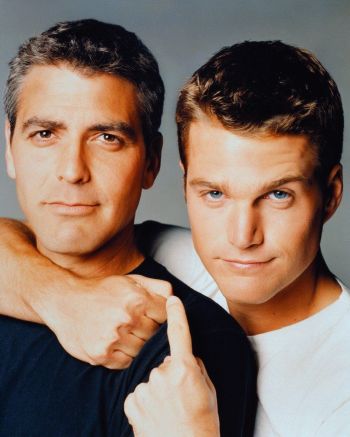 Find a man who looks at you the way George looks at Chris. Awww. Ain’t that the sign of true love or what? 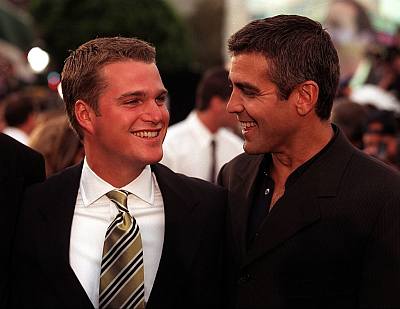