Howie Long Hanes Underwear & Nike Vintage Ads. This post is for those of you who are googling the venerable Howie Long’s vintage underwear ad for Hanes Underwear. As a bonus, we are also including his advert for Nike where he shows us his awesome muscles. But first, here’s the football Hall of Famer’s print ad for Hanes. You can’t read the copy? Here’s what it says: “A tackle never feels as good as it looks. But Hanes fashion does.”

You want a closer look at Howie, don’t you? Your wish is granted! Apparently, he’s a red underwear kind of guy. 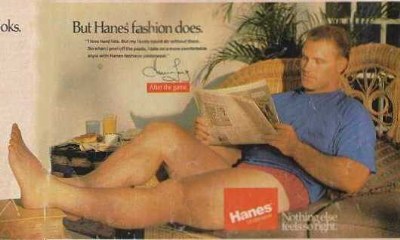 By the way, would any of you fellow Famewatchers know if Hanes continues to hire celebrity models? Seems like it does not but some celebs do seem to love the brand. Cases in point? Soulja Boy and Zachary Quinto who were spotted wearing Hanes undies. Check them out in the following links: Zachary Quinto Underwear Photos and Soulja Boy Underwear & Shirtless Pics.

[Update: Oops, we just found out from wikipedia that Hanes does have had celebrity spokesmodels in recent years. It hired Charlie Sheen in 2008 to be a spokesmodel along with basketball Hall of Famer Michael Jordan. Other celebrities who were involved in Hanes ad campaigns during the 2000s are: Jackie Chan, Jennifer Love Hewitt, Marisa Tomei, Damon Wayans, Matthew Perry, Cuba Gooding, Kevin Bacon, and several more.]

Hey, let’s get back to Howie, shall we? Check him out starring in this print ad for Nike. Wow. He is well built. He is a man’s man alright and a muscle worshiper’s delight. 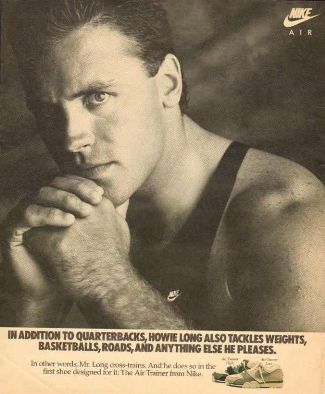 We won’t be surprised if Howie Long tops a poll on “Who is the Manliest Athlete Ever?” because look at him! 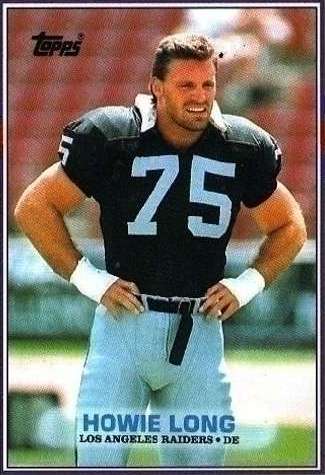 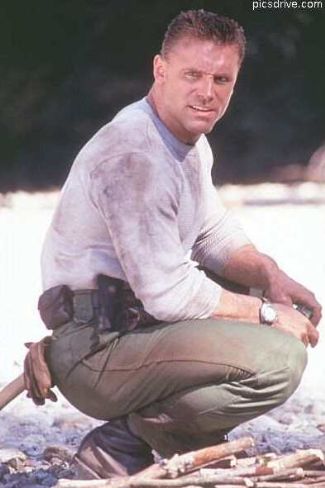 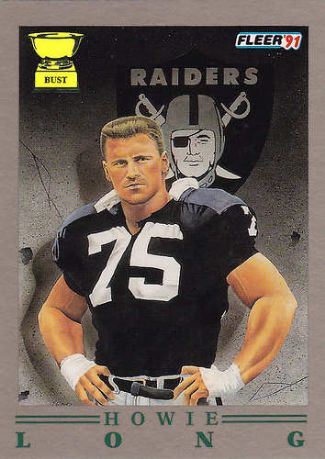 We don’t think any of the current NFL football players can measure up to the awesomeness he exudes in these photos. No wonder some badass men wouldn’t mind sleeping with him. From wikipedia:

A reflection of Long’s status as a pop-culture icon, MTV’s Paul Gargano had an interview with Judas Priest lead singer Rob Halford, and asked this question: “If you could sleep with anyone famous, who would it be?” Halford looked at Gargano and said, “Howie Long”. 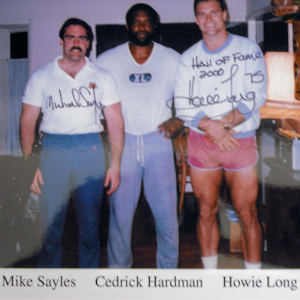 What is Howie Long doing these days? What’s keeping him busy? He is a sports analyst for Fox Sports and, according to USA Today, a reluctant NFL dad. Did we mention that his son, Chris Long is an NFL pro who plays for the St. Louis Rams? See: Chris Long: NFL Hunk of the Day.