Hot Male Teachers Who Became Famous. What do Barack Obama, Lyndon B. Johnson, Sting, Jesse Williams, Hugh Jackman, Gabriel Byrne, William Scott Harkey, Shane David O’Neill, Jon Hamm, and Gene Simmons have in common? Well, all of them used to be teachers before they moved on to the other professions which they are more known for.

Oh, they are also hotties (or used to be, hehehe) who have no problem chucking off their shirts or posing in just their Speedos or underoos. Let’s check out these famous male teachers, shall we?

Pietro Boselli (2020 update). Oh geeze Luis, we didn’t even include one of our favorite male models, Pietro Boselli, who became a world famous model when a student secretly took his photo teaching math at the University College London and shared it on social media. 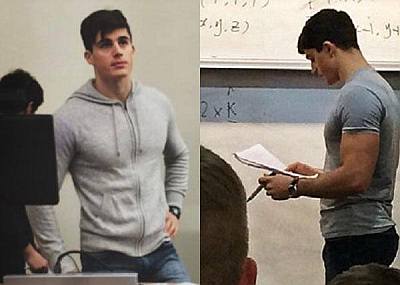 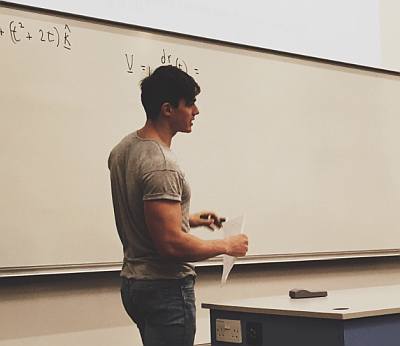 The university lecturer went on to become one of the most in-demand model across the world. 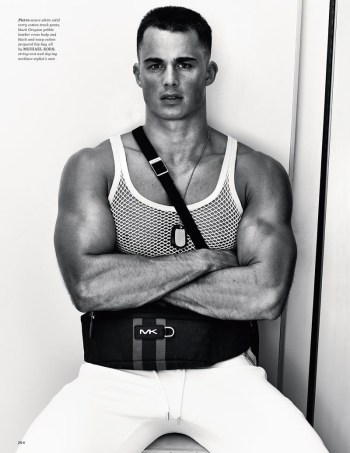 Shane David O’Neill. Let’s start with math teacher Shane David O’Neill who’s also a bodybuilder and fitness model. We came across his picture on Reddit where the girls and some guys are oohing and aahing over his ripped muscles. Here’s what one Redditor says about him: “I had an extremely attractive math teacher. Like seriously this guy made guys question their s*xuality. And then someone found his modeling pictures. He was front page worthy. Everyone went crazy over him. I don’t know if he still teaches there.” 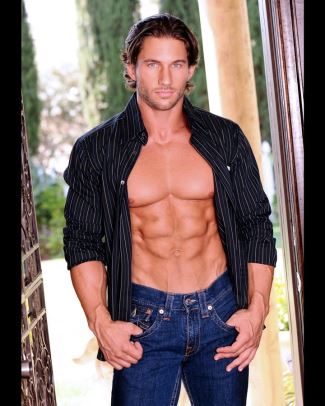 William Scott Harkey is another Reddit find. In fact, he’s the one who inspired us to do this post on hot teachers – men’s edition. Here’s what a Redditor says about Mr. Harkey: “I didn’t have him as my teacher (unfortunately) but one time he subbed my English class and it was the happiest day of my high school career. I would just like to point out to everyone that he is also a talented musician.” 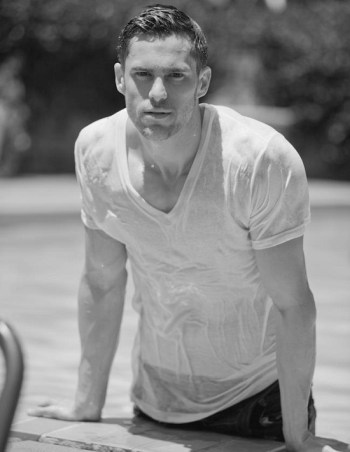 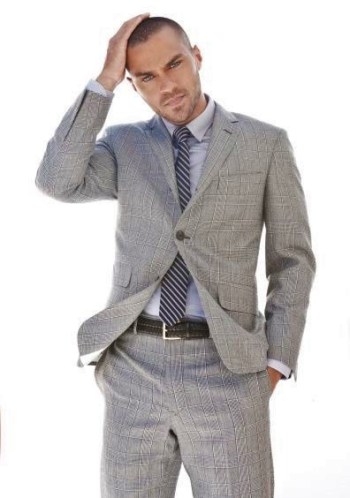 Barack Obama. Before he became the POTUS, Barack Obama was a law professor at the University of Chicago. Here’s what the university says of its ex-teacher-turned-President: “From 1992 until his election to the U.S. Senate in 2004, Barack Obama served as a professor in the Law School. He was a Lecturer from 1992 to 1996. He was a Senior Lecturer from 1996 to 2004, during which time he taught three courses per year. Senior Lecturers are considered to be members of the Law School faculty and are regarded as professors, although not full-time or tenure-track.” 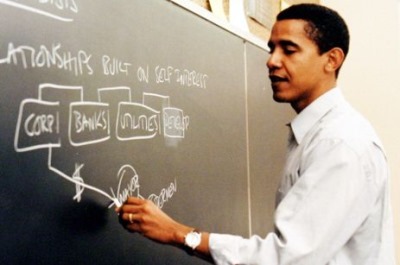 Gabriel Byrne: This multi-awarded Irish actor was a Spanish and History schoolteacher at Ardscoil Éanna in Crumlin, Dublin before he decided to pursue an acting career. 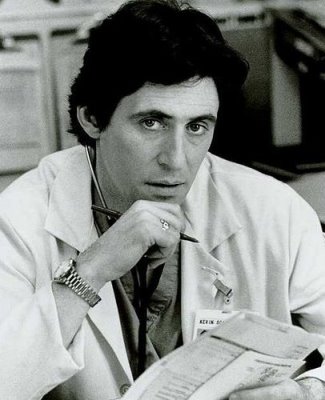 Gene Simmons. The tongue-flicker worked as a sixth-grade school teacher in Spanish Harlem but was reportedly fired for teaching Spiderman (rather than Jane Eyre) to make young ones more interested in learning.

Here’s what he told Parade Magazine: “I really wanted to expand young people’s minds because everything begins with a great idea. But then of course, you enter the corporate world, and I was not allowed to bring in Spider-Man comics and teach the kids that you can be a pimple-faced teenager that the cops don’t like and the bad guys don’t like, but you can still become Spider-Man, which to me is more inspirational than teaching a Puerto Rican kid in Spanish Harlem about Jane Eyre, a rosy-checked white girl in England.” 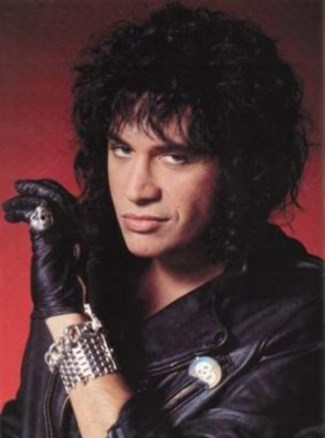 Hugh Jackman: Wolverine was a gym teacher at the Uppingham School in England. One of his former students is entertainment reporter Rollo Ross.

People Magazine reports a red carpet encounter between the former teacher/student: “The student, Rollo Ross, is now an entertainment reporter, and while trying to interview Jackman on the red carpet of the Zurich Film Festival, he was in for a bit of a surprise. Jackman promptly interrupted the reporter to remind him and all the viewers at home that he had been his P.E. instructor in 1987. ‘Rollo, I’m sorry mate,’ Jackman interjected, ‘but we go way back, I used to teach you at a high school in P.E., and I want to know how your physical education is progressing. It’s very important to me.'” 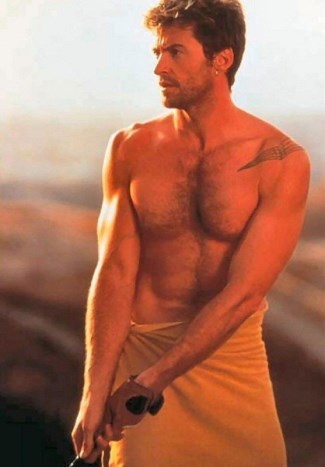 Jon Hamm. Jon Hamm was a drama teacher at the John Burroughs School in Laude, Missouri. 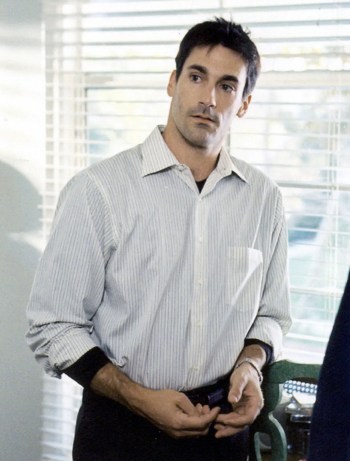 Lyndon B. Johnson. Wikipedia has some details about LBJ’s teaching career: For nine months, from 1928 to 1929, Johnson paused his studies to teach Mexican-American children at the segregated Welhausen School in Cotulla, some 90 miles (140 km) south of San Antonio in La Salle County. The job helped him save money to complete his education, and he graduated in 1930. He then taught in Pearsall High School in Pearsall, Texas, and afterwards took a position as teacher of public speaking at Sam Houston High School in Houston.

When he returned to San Marcos in 1965, after signing the Higher Education Act of 1965, Johnson reminisced, “I shall never forget the faces of the boys and the girls in that little Welhausen Mexican School, and I remember even yet the pain of realizing and knowing then that college was closed to practically every one of those children because they were too poor. And I think it was then that I made up my mind that this nation could never rest while the door to knowledge remained closed to any American.” 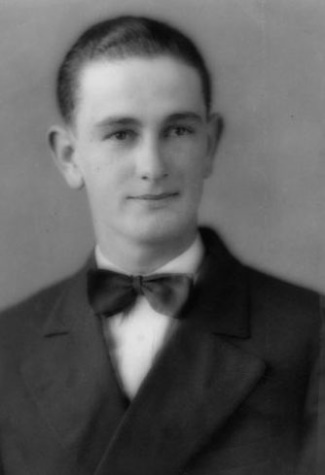 Sting (aka Gordon Matthew Thomas Sumner). This British rock musician used to teach English, music, and soccer at St. Catherine’s Convent School. Says Sting (note: never call him Gordon, he’ll get mad at you) of his teaching career: “I was the only man on the faculty. In fact, I was the only teacher not in a habit.” 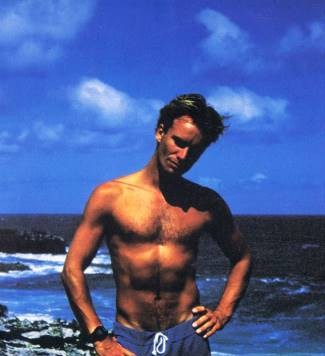 Want more hotties? Go check out our post on hot lawyers as well as our other post on hot doctors. Now, how do those guys stack up against our hot teachers?