Hot Male Body Painting Update: Superheroes, Celebrities, Patriotic Flags, and Jeans for Genes. When we wrote the post below way back in 2009, we mentioned that we are weirded out by body painting. But, over the years, we’ve come to appreciate the creativity of people who do this kind of thing. Our friend Deena calls it the “very definition of living art” and we think she’s got a point.

Anyhoo, we decided to update this post to bring you more beautiful body paintings. Let us start with this patriotic art featuring the Canadian flag: 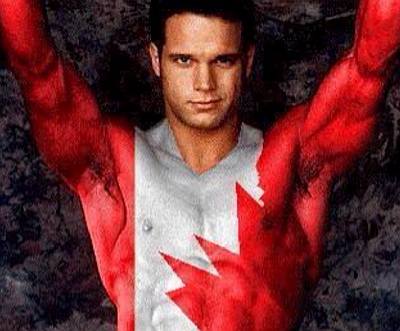 When it comes to flag waving, America would not be far behind. This can be easily mistaken for a French flag though. 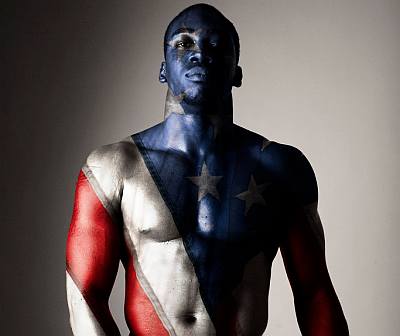 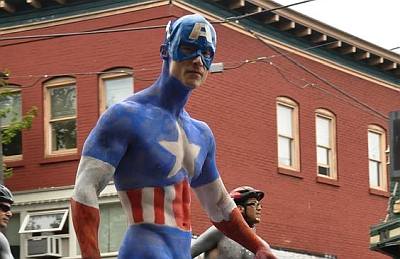 Male model Armand Rizzo’s Captain America body painting ain’t nothing to write home about but our friend Kevin says Armand deserves no criticism because he is a cutie. 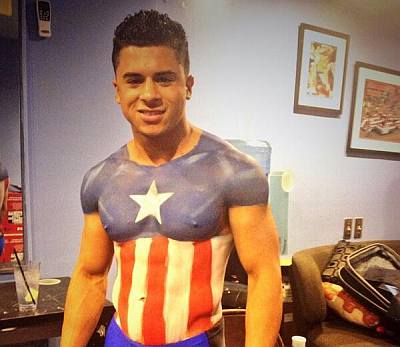 From Captain America, let’s check out these guys who are obviously fans of Superman. 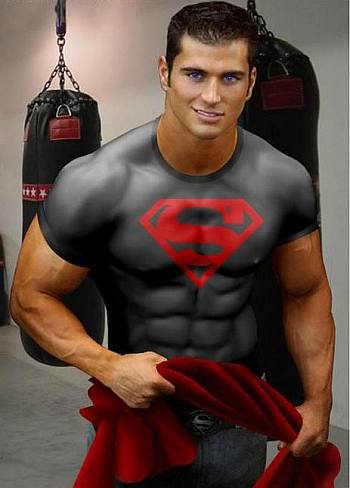 The one below is probably our favorite of them all. 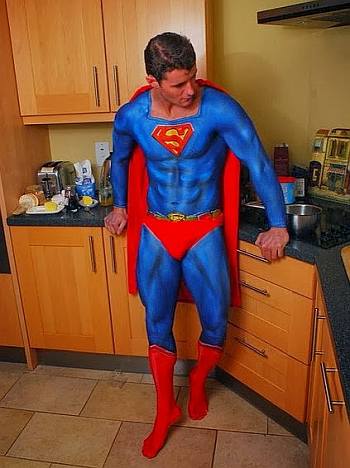 Of course, some male celebrities got into the body painting thingie too. For instance, actor and actor Leandro Penna and TV personality Mario Falcone allowed themselves to be body painted for Jeans for Genes Day. Here’s Leandro and his hunky self with a masterful paint for a pair of jeans. 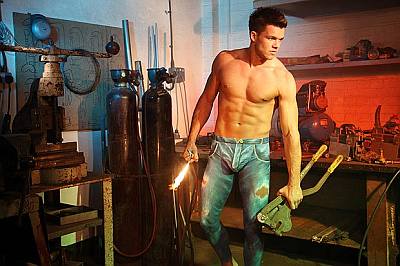 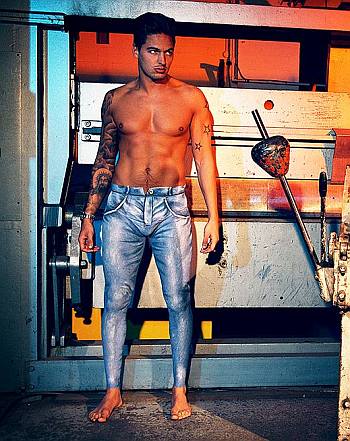 Body painting does not always involve lots of colors to look cool. Sometimes, all you need is gold paint and you’ll look like you’ve been touched by King Midas

For those who are wondering, the golden boy is reality star Joey Essex posing in an ad campaign for Pizza Express.

…..
Hot Male Body Painting (16 April 2009). Hey look, a bartender’s got some paint all over his body. We are really not fans of shirtless men serving food or drinks but to each his own, right? 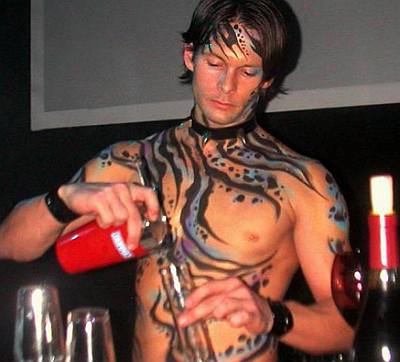 What do you think of body painting? Is it hot or not? Guess it depends on the “canvas”? 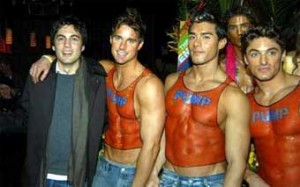 To be honest, we find this body painting thingie weird. We’d rather appreciate a man’s body in its rawness. Haha.