Let’s learn more about him from this media release from The Daily Show powers-that-be: “Hasan Minhaj (@hasanminhaj) is a comedian, actor, and writer who was recently selected by the Sundance Institute to develop his solo show and feature film with the prestigious New Frontier Storytelling Lab. The screenplay for his feature film ‘Paint the Town’ is the adaptation of ‘Sakoon,’ his autobiographical solo show based on his experiences as a first generation Indian-American.”

The press release on Minhaj adds: “A featured storyteller for The Moth Mainstage Company, his work has garnered acclaim in film, online and television. Minhaj hosted the documentary special ‘Stand Up Planet’ produced by The Bill and Melinda Gates Foundation which aired on PBS, Pivot, KCET and Link TV, and his digital series ‘The Truth with Hasan Minhaj’ has been featured in countless publications including The Huffington Post, Gawker and The New York Times.”

Wait, there’s more: “Minhaj (www.hasanminhaj.com) has been seen on a variety of television programs including the “Arrested Development” revival on Netflix, HBO’s ‘Getting On’ and ‘@midnight’ on Comedy Central and was recently profiled and performed in a segment on NBC’s ‘Last Call with Carson Daly.’ He continues to tour the country as a stand-up and was featured as a ‘New Face’ at the 2014 Just for Laughs Festival in Montreal. He is represented by Principato Young Entertainment and Hansen Jacobson.”

Hasan Minhaj Shirtless Photos. Want to see Hasan with no shirt? Check out this hilarious video of him and two other guys pretending to be Abercrombie greeter boys.

We like the video so much we had to make some screen captures. Check ’em out: 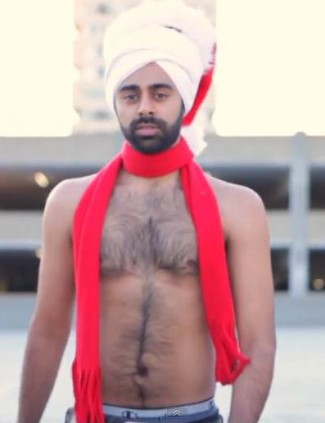 Ain’t that the coolest facial hair ever? 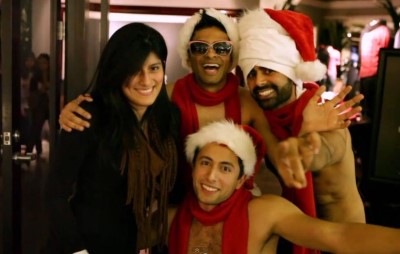 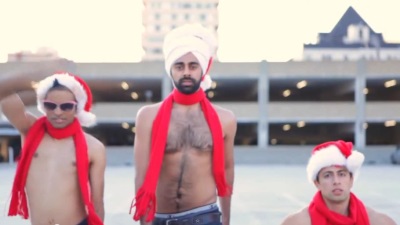 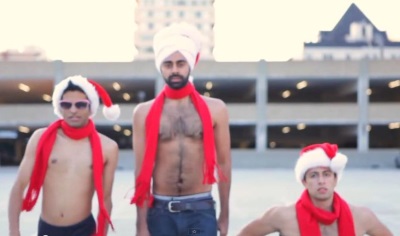 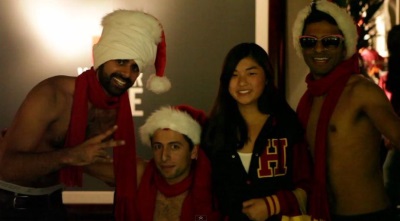 Is Hasan Minhaj Gay or Straight? He hasn’t said anything about where he leans but the denizens of gayorstraight.com think he is quite straight. Here’s their gayometer rating for the next big Daily Show star:

Does Hasan Minhaj Have a Girlfriend? We don’t know if he does have a girlfriend or whether he’s dating anyone at the moment. If you do know what his relationship status is, do tell in the comments. Hehe.

2020 Update: We are updating this post to note that our Hasan is no longer with The Daily Show and that he’s got a whole Netflix show of his own, i.e., Patriot Act. It is worth noting that Hasan’s Netflix show is one of the few talk shows that manage to survive on the streaming service. In fact, the only other one we can think of at the moment is David Letterman’s My Next Guest Needs No Introduction. All the other shows, from Joel McHale’s to Chelhea Handler’s, to Norm McDonald’s, to all the others have gone kaput. So Hasan deserves a lot of kudos for bucking the trend.

Also, Hasan is now a family guy having married college sweetheart Beena Patel in 2015. The couple are raising two children — a girl and a boy — together. Here’s a photo from the day Beena and Hasan tied the knot. 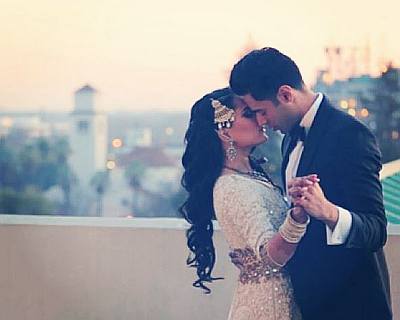