Guardians of the Galaxy Leather Jacket: Peter Quill or Chris Pratt. If you told us a few years ago that Chris Pratt will become an action star, we’d have told you to get out of the room fast. But you’d be laughing at us now because Pratt is starring as Peter Quill/Star-Lord in Guardians of the Galaxy, an action/adventure sci-fi movie scheduled for release on August 1.

In our defense, Chris is known more for his comedy work. In our case, we know him more as the kinda chubby Andy Dwyer in NBC’s Parks and Recreation so it should be understandable if we wrinkled our nose at the idea of Anna Faris’ husband as an action star. He ain’t your generic action star, that’s for sure. Which is why we are hoping that his upcoming movie will be a big blockbuster so producers will be more open to offering action movie starring roles to actors who are not necessarily muscle bound.

Guardians of the Galaxy Leather Jacket. Anyhoo, we know you came here for Chris Pratt or Peter Quill’s leather jackets in the movie so let’s check it out shall we? [For more film jackets, go see this Transformers 4 Jack Reynor Leather Jacket.]

Ain’t that a badass leather jacket on the Star Lord? 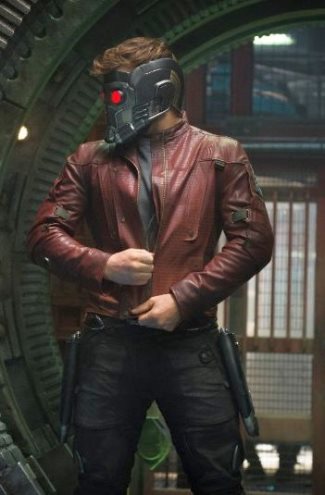 Where can you buy this leather jacket? It looks like its specifically made for the movie so your best bet if you want to wear a jacket that looks like this would be the online stores that make replicas of movie jackets. 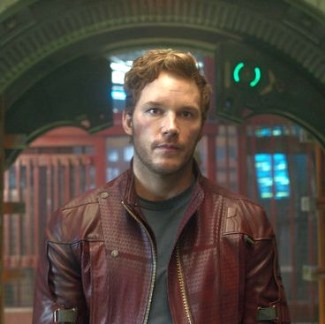 Peter Quill also rocks his leather coat. Like the jacket above, this coat looks like its custom-made for the movie and not something you can buy off the rock. 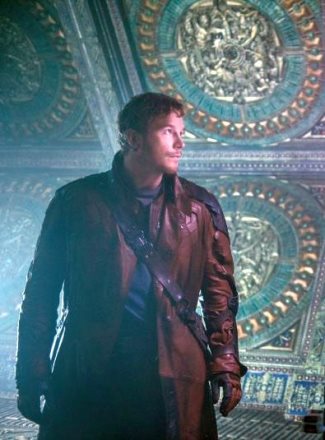 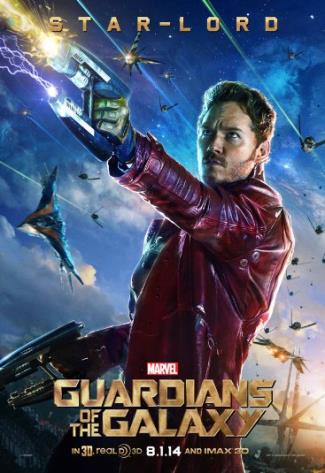 Of course, Peter Quill/Star Lord ain’t the only one who battles the enemies in leather. Check out Zoe Saldana’s Gamora looking awesome in a pair of form-fitting leather pants and what looks like a sexy sleeveless jacket. 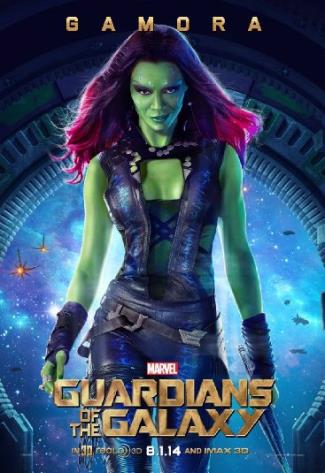 Are you going to see this movie in the cinema? If you are a fan of Guardians of the Galaxy or the beautiful Zoe Saldana or Chris Pratt (aka The Most Unlikely Action Star in 2014), then you should go watch it. We know we will.