Mad Max Leather Jackets: Tom Hardy in Fury Road and Mel Gibson’s Vintage Jackets. Warner Bros, the producers of the upcoming Mad Max franchise reboot, recently released the above poster to whet the appetite of Mad Max fans (like our friend Deena) who have been looking forward to the fourth Mad Max movie. This time, we have a new Max Rockatansky in the person of Tom Hardy. The original Mad Max, Mel Gibson, will reportedly appear in a cameo but IMDB is silent on what role he will do exactly. Maybe some kind of older and wiser man passing on the baton to the wet behind the ears younger guy? 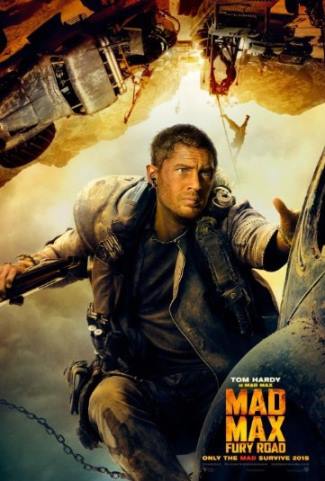 The last time we blogged about Tom Hardy was during the showing of The Dark Knight Rises when practically all of you were dying to know about his character Bane’s Leather Jacket. We won’t be surprised if, once again, all of you are dying to learn more about his Mad Max leather jacket in Fury Road.

We have it on good authority that he will be wearing this one: 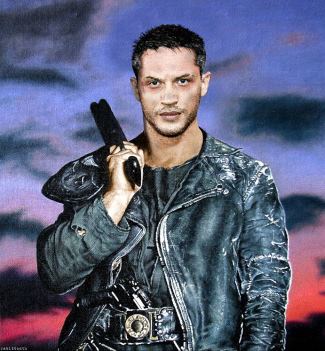 Haha. Sorry, that’s a joke. The above image is actually a fanart by Rabbitooth. Obviously, s/he is as excited as the rest of us to see the new Mad Max wear a badass leather jacket. He (or she) ‘shopped it using an original Mel Gibson still photo from the third installment of the series, Mad Max Beyond Thunderdome, which was released in 1985. 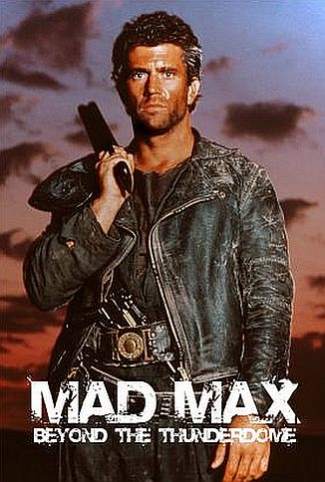 The next image below shows us a young Mel Gibson wearing his iconic “Brando” style motorcycle leather jacket. He looks so young and oh-so-innocent. 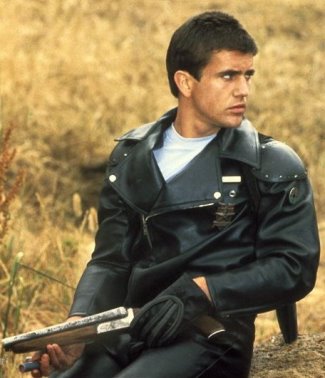 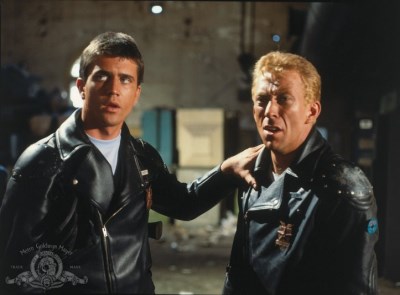 Max’s leather jacket in The Road Warrior. It’s arm may have been cutoff but it still looks badass with its shininess. [Note: Weird image no? What did they do to Mel’s arms? Surely it can’t be that skinny?] 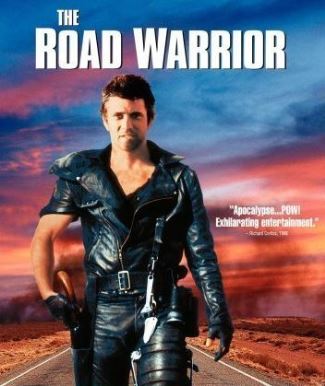 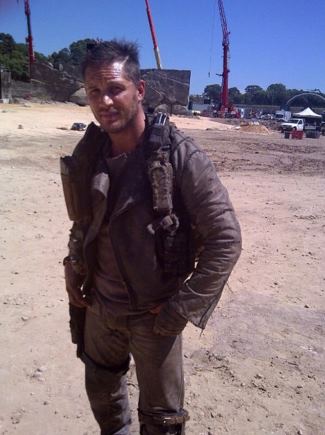 We will update this post to tell you more about Tom’s leather jacket (who made it, can you buy a real deal or only a replica, etc. etc.) when the movie is finally shown next year. Want more film jackets? Check out this Guardians of the Galaxy Leather Jacket.