Glen North Gay Boyfriend: Camp Getaway Cutie Shirtless Photos. Is Glen North of Camp Getaway gay? Does the sun rise in the east? Yes he is and yes it does. Anyhoo, did you watch the first episode of Bravo’s latest reality show? Do you think Andy Cohen — aka the man who gave himself a show while being a TV executive at the same time — have another ratings winner and a new franchise in his hands? 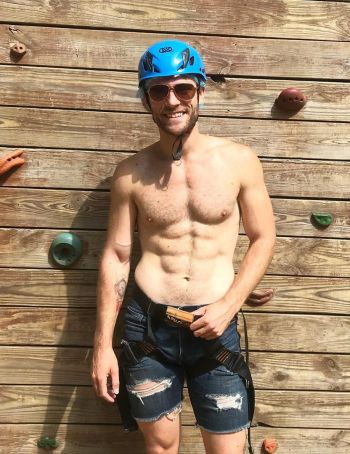 Well, we do not know yet but we do know that Glen North may be on his way to becoming a Bravolebrity and why not. The guy’s got a great smile, he likes to take off his shirt, he’s got abs like a Greek god, and — get this — he is a gogo dancer too and loves being one. We have no choice but to stan, stan, stan! Want more gay male celebrities?

Anyhoo, here’s a photo of Glen as a gogo dancer which we grabbed from his Insta (follow him @northgg): 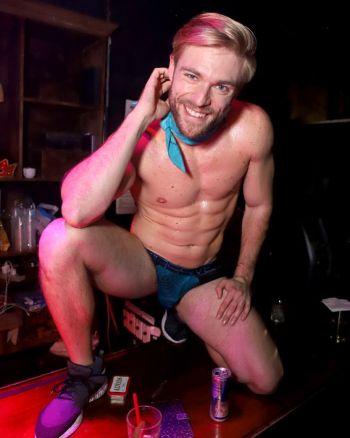 And here’s the accompanying message he wrote for the above pic: “I love gogo dancing because let’s be honest, if I was at a party I’d be dancing on a table in my underwear anyway so why not get paid for it? But seriously, I love it. I may not be the best dancer but you can always trust that when you see me dancing you’ll know I’m living my best life. I can’t stand gogos who look like they’re bored. Can you at least pretend you’re having fun?”

Awww. We are totally with you on that, Glen! We also say the same for other adult performers, you know, the ones in what our friend Kevin calls The Hub. 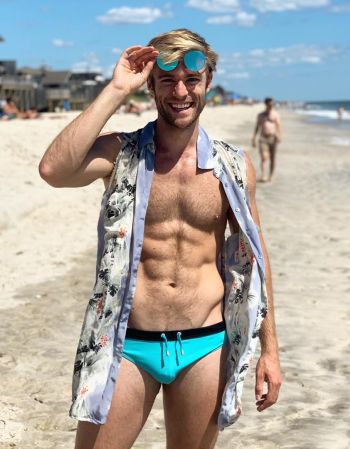 Glen adds: “Right now queer nightlife is on hold and everyone who relies on that income is out of a job. These are the people who help us forget about our cares and let loose and they need our help. If you’re able to please consider donating to @stonewallgives Stonewall Initiative. Every little bit helps and makes sure that our bars can reopen when this is all over. Trust me, we’re gonna need them when it’s safe to return. Support your favorite drag queens who are still serving shows from their living rooms and don’t forget to TIP A BITCH! Who are your favorite queens to watch online?” 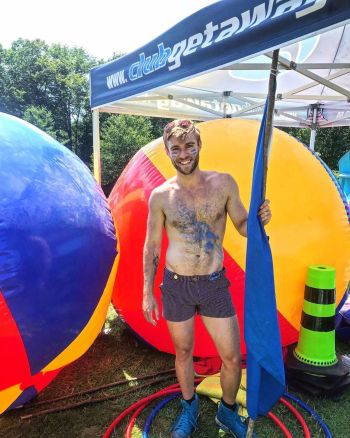 Hmmm. In general, and not only online, our favorite queens would be Bob the Drag Queen (because of her activism and the fact that she is really smart), Manila Luzon (because of her sense of style and mindful campiness), and Yuhua Hamasaki (for her hustle and her Bootleg reviews on Youtube).

Oh wait, we are supposed to be talking about Glen. For instance, does he have a boyfriend? Is he married? Does he wear anything other than above the knee shorts?

Well, we do not know about the last question but we do know that he is neither married nor does he have a boyfriend. In fact, according to his bravo.com profile he will be “searching for romance at Camp Getaway”. 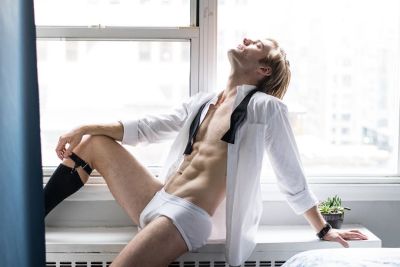 Will he find one? Or will he go home single and boyfriend-less? We guess we have to watch the show in order to find out. Let’s keep our fingers crossed that the producers will show him rocking his gogo dance moves.