Girls White Jeans: Jennifer Lopez Bootcut Jeans. German supermodel Claudia Schiffer isn’t the only female celebrity who obviously loves white jeans. Apparently, Jennifer Lopez loves her her white jeans too. If you are wondering about the brand she is wearing, our Jenny From the Block is wearing a girls white bootcut jeans. 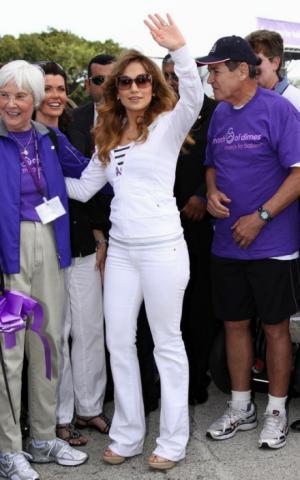 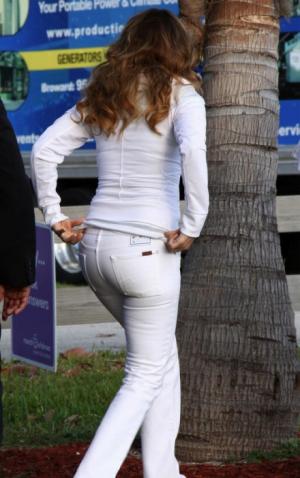 Girls White Jeans Style Watch: Claudia Schiffer, German Female Model (06 January 2010). German female model Claudia Schiffer is dressed in all white as she navigates the streets of London. The giantess (she stands 5’11” after all) is no longer active in the modeling world but she was in the news lately and not for a good reason. 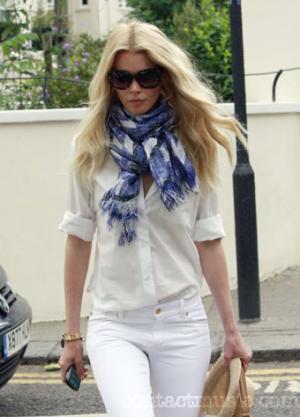 Here’s a report about Claudia’s train adventures which got her in the news: “Passengers stranded on one of the Eurostar trains claimed that Claudia Schiffer, the model, was given special treatment. Miss Schiffer, pictured, who is thought to have been travelling in first class to London, is said to have got off at Folkestone while other passengers were detained on board.”

More from the Daily Telegraph: “Gregoire Sentilhes, from Paris, who was on the train with his wife and three children, said: ‘A car came right by the train to pick her up from the entrance to the tunnel. Nothing for the other 2,000 people, though.’ Miss Schiffer regularly travels first class on Eurostar between London, where she lives, and Paris, where the cosmetics firm L’Oreal, for whom she is an ambassador, is based.”

Whether or not she was given some special treatment, there is no doubt that Claudia is fabulous. 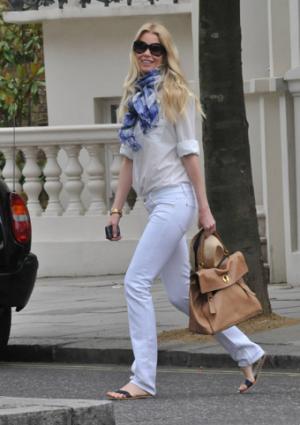 Are White Jeans Still In Style?. Here’s a question that some of you who visit this blog are asking: Are white jeans still in style? Our answer: Of course it is. Otherwise fashionistas like Beyonce and Kate Bosworth would not be wearing them in these photos. We think it is also safe to say that white jeans is not only in style now but will be in style for a long long time. 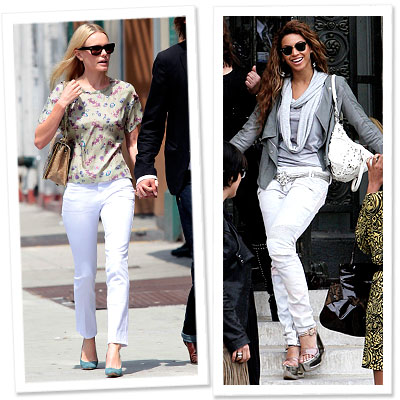 So, if you’re planning to buy yourself a pair of white jeans, go ahead and get one.