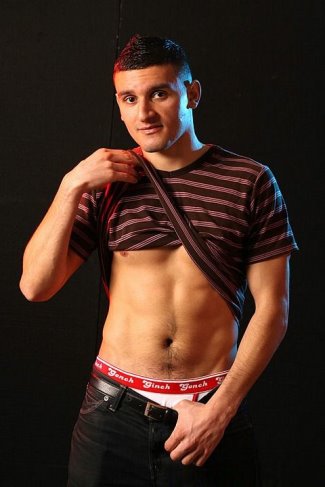 We begin with the first Ginch Gonch male underwear models we’ve ever encountered: Benjamin Bradley and Ethan Reynolds. If memory serves us right, these two hunky boys were the first spokesmodel for the brand. Are we correct? Or were their other spokesmodel before them. [Sorry. Image deleted.]

Ginch Gonch, which is based in Vancouver, Canada, is known for its naughtiness. In fact, with a motto that goes “Regardless of your inches we cover you in our Ginches!”, they cannot afford to not be naughty. Haha. So, among others. some of their underwear collection goes by the names of “Shiny Heiny”, “Wiener Eater” and “Crotch Rocket”.

The naughtiness, not surprisingly, extends to their campaigns as well as their runway shows. For instance, a campaign headlined by mixed martial arts fighter Ryan “The Real Deal” Ford is called Load’n and Dump’n. And just to make sure that they got what they’re referring too, the Ginch Gonch guys have this: 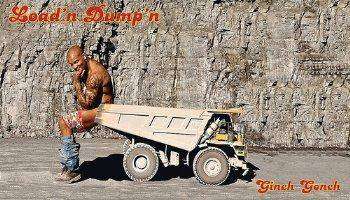 But here are more badass photos of Ryan Ford who, according to one report, stated that he’ll kick the ass of those who’ll make fun of Ginch Gonch and its silly/funny underwear designs. One can argue that Ginch Gonch, which is fairly new having been established just a few years ago, has arrived when an MMA fighter openly stated that he’ll fight for the brand’s honor. 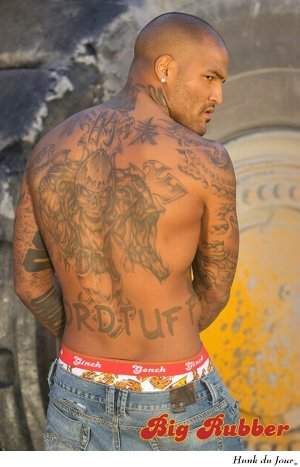 Our favorite of these Ginch Gonch male underwear models is, of course, no other than Ryan Ford. 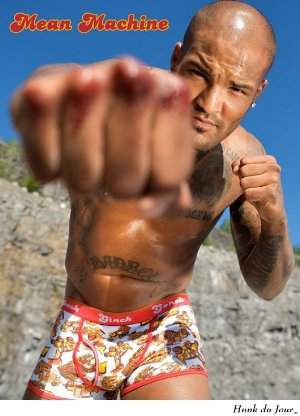 Anyhoo, let’s have more sexy male models in their Ginch Gonch briefs, shall we? Hey, look! It’s a runway model in a Ginch Gonch jockstrap.

Who says men should not wear pink? Not this guy who’s looking fabulous in his Ginch Gonch long johns underwear. The dude’s from a recent campaign called “Real Men Wear Pink” which is pretty pretty true. 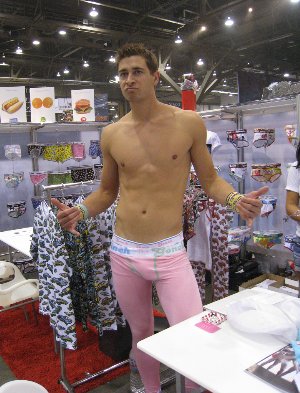 Long johns are interesting but can we have more Ginch Gonch jockstraps. Of course we can. Here’s Canadian male model Matt Loewen in his jockstraps.

Of course, this label is not only for the young ones. They are for the older gentlemen too. Like this guy from a “protest rally” called “No more tighty whities!” which is, of course, organized by some Ginchies. [Or are they called Gonchies?] 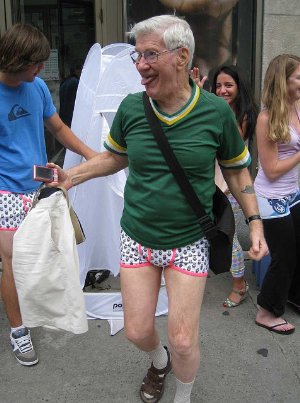 Anyhoo, let’s end this post with these pics of these gorgeous men and their fabulous underwear. 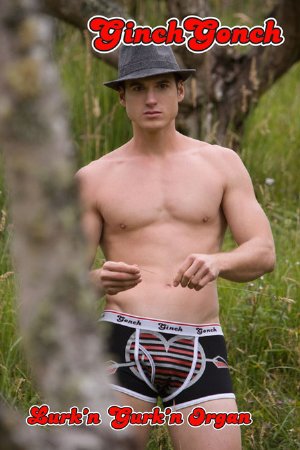 Want more men in briefs underwear? So, who of the above Ginch Gonch Male Underwear Models is your favorite?

Note: Jockstrap photos referred to in this post have been moved to another site. Check them out at: Sexy Jockstraps for Men – Male Model Photos