Aaron Schock Gay or Straight? Any day now, our favorite shirtless Republican Congressman Aaron Schock will finally come out of the closet and confirm rumors that he is a friend of Dorothy.

Really? Nah, not really! Sure the Illinois Congressman has been hounded by whispers that he is as gay as Senator Larry “Wide Stance” Craig but we doubt if he’ll ever come out. We made up the “he is coming out” part of the first sentence above. [Kinda Related Post: Is George Clooney Gay?] 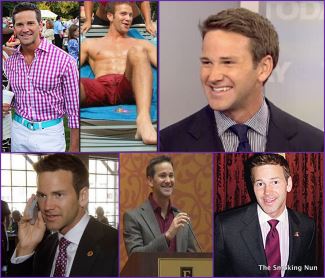 But, these days, the Aaron Schock gay rumors are swirling once again following revelations by journalist Itay Hood that the distinguished Congressman was a) caught in the shower with a male roommate and b) that TMZ has photos of him cruising in some gay bars.

True? We don’t know. But let’s add to the fun and further stir the pot by listing guys who could be the boyfriend or lover or partner or eff buddy of our honorable Congressman from Illinois. We came up with five names so far. Maybe you know of others who should be included?

British Olympic diver Tom Daley. Why he may be Rep. Schock’s boyfriend: The lawmaker follows Tom on instagram. Why would an older “daddy” Congressman follow a teen diver who posts Speedo photos or nearly nekkid images of himself? Your guess is as good as ours. But it kinda quacks like a duck, huh? 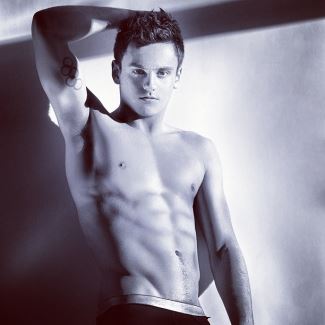 Why Tom may not be the Congressman’s boyfriend: The British diver is reportedly dating Oscar winning screenwriter Dustin Lance Black.

Court Anderson X. Why he may be the Congressman’s beau: Court Anderson X, a personal trainer, and the lawmaker from Illionois were Twitter followers of each other, exchanged messages, and “favorited” each other’s Tweets. We say “were” because when internet sleuths started linking the Congressman to Court Anderson (who has a photo of a nekkid dude with a hard “rooster” on his Twitter account and who regularly tweets adult actors in the M2M genre) the latter immediately deleted his account. If there is nothing to hide….. right? 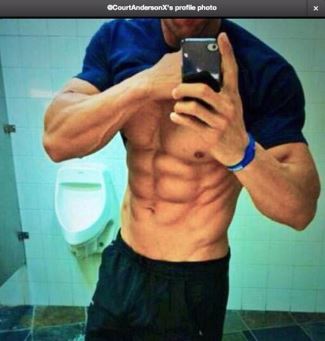 The Curly-Haired Guy who held the bible during the Congressman’s swearing in. Why he may be the Congressman’s boyfriend: Usually, when a public official is sworn into office, s/he has a family member (wife, husband, child, sibling) or a significant other hold the bible during the ceremony. So if this guy is not Aaron’s family, then it’s not baseless to assume that he is his significant other, right? 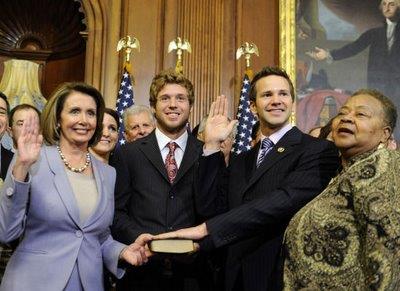 Why the curly cutie is not Rep. Schock’s beau: A commenter at leonardosnotebook.blogspot.com identified the curly cutie as Shea Ledford. The commenter also stated that Shea is married to a beautiful woman and that he hails from Morton, Illinois which is part of the Congressman’s district. Occasionally, public officials get someone from their their constituents to hold the bible for them so there’s really nothing here.

Ross Thomas, personal trainer. Why he may be Aaron’s boyfriend: The Congressman appears to be soooo comfortable with him that the lawmaker goes freeballing when they are training at the gym. 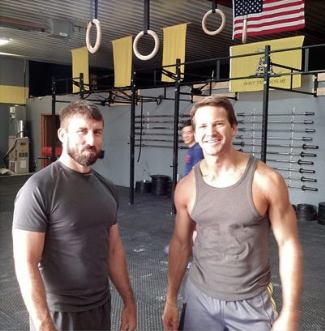 Why they are not an item: Ross looks like a legit trainer who’s just doing his job helping people get in shape. It’s not his fault if Aaron likes to go all commando in his gym shorts. 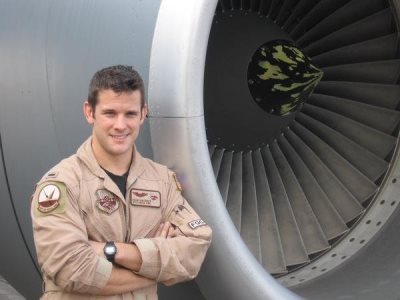 Can you imagine if Adam and Aaron have a baby? They would “out-gorgeous” both Brad Pitt and George Clooney!

By the by, our friends at gay-or-straight.com believe that Rep. Kinzinger is “highly gay”. Their meter says:

Interestingly, Aaron’s gay-o-meter reading is at 68% which makes him “quite straight” relative to other celebrities tracked by said site.