George Clooney Gay or Straight: Update: Okay, we should have updated this years ago but we didn’t see the need to because it is a joke post anyway. However, our Grandma Akita convince us to do an update to note that our George is straight after all. He married human rights lawyer Amal Alamuddin Clooney and the couple are now the proud parents of two girls. Yay. Here are some pics from their wedding which happened way back in 2014. 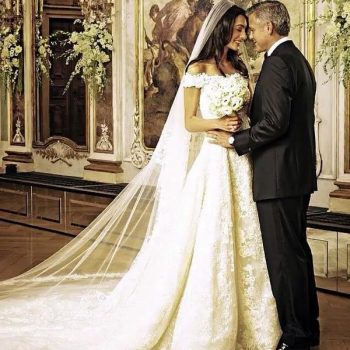 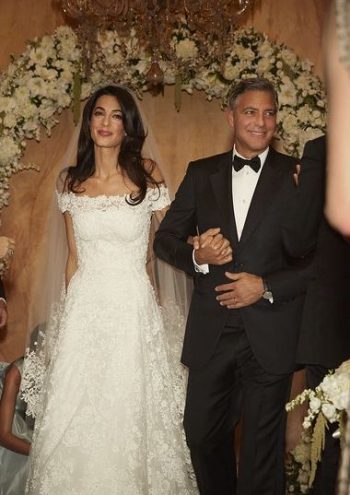 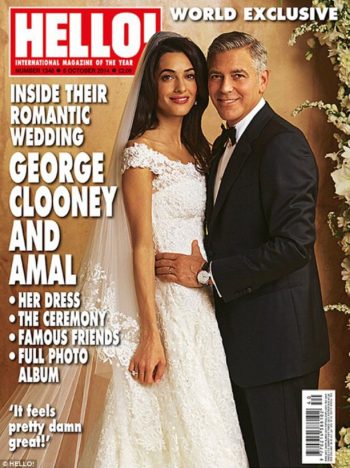 …..
George Clooney Gay or Straight (Posted 18 January 2009). Is George Clooney gay? Duh! What kind of question is that? Does Ann Coulter have a long, horse-like face? Yes she does. And yes he is. What? You still need incontestable, definitive, and absolute proof that our George Clooney is gay? Okay, you want proof. We’ll give you proof. Read on. Oh before anything else, you might also want to check out our post on him being an Omega Watch Brand Ambassador. But let’s go back to the evidence that our A-Lister is a friend of Dorothy, shall we? 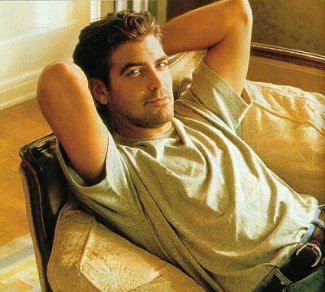 He himself admits that he is gay. Responding to internet rumors that “George Clooney is GAY, GAY, GAY”, George told Esquire Magazine that he is, “gay, gay. The third gay — that was pushing it.” So, by his own admission, he is 2/3s or 66% gay.

He had a very public lover’s quarrel with Fabio which prompted Fabio to write the following “novels” and which prompts us to increase George’s gayness to 76%. 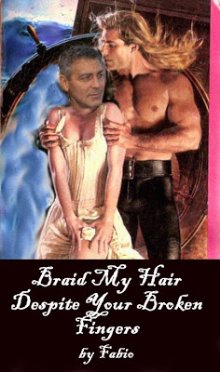 George and Fabio sitting on a tree… 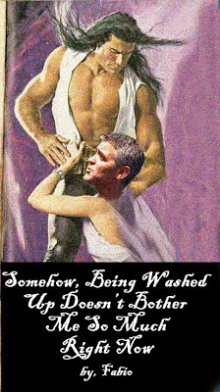 He surrounds himself with hunky, sexy, men at the prime of their sexual lives. These never-before seen photographic evidence of George and some hunky guys (he even gets kissy-kissy with one of them) leaves us no choice but to increase his gayness to 86%. 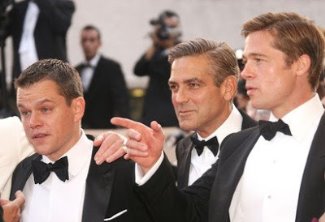 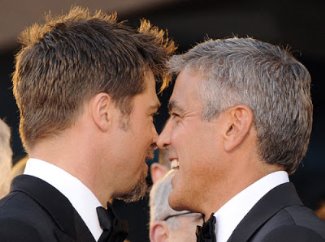 He made Batman gay for no apparent reason thus unnecessarily drawing attention to his own sexuality which makes us believe that this shtick of making Batman gay is George’s way of coming out which prompts us to put our George’s gayness to 100%.

He is in his 40s and he’s still single. Why? It’s not because he can’t get the girls.

David Beckham is reportedly spending his nights at the George Clooney mansion in Italy. Why?

YOUR COMMENTS ON THE GEORGE CLOONEY GAY ISSUE:

Tina: Just like rock hudson always with pretty girls, why dont these people just come out of the closet. Its a shame cause he is so dam hott. George Clooney gay 99%.

doxie56: Am I the ONLY one who read the article in People Magazine where Brad Pitt was asked if he and Angie were going to get married? His response was that he and Angie would get married when his friend, George Clooney, is allowed to marry whoever he wants to. duh! He simply chooses NOT to advertise it; and that’s his right! He’s still an exceptionally handsome and talented actor; so I don’t care!

Vivi: This is old news that was brought on by a joke. You all “love” George so much but don’t stop to listen to him? x’D He had been all over YouTube “joking” about how Brad Pitt and Matt Damon set him up on a gay joke. Apparently Brad told a joke that a foreign interviewer misunderstood. Thinking George was gay, he asked Matt who went along with it and said yes, he was. They all had good laughs. Even George himself laughed it off. After saying Brad was dead for making such a joke. x’D This is just tasteless humor, probably done by a Clooney hater. :]

Gertie: Famewatcher is a degenerate website, by and large, wasting time on trivialities. They owe me about 15 minites of my life back.