Gavin Rossdale Gay Boyfriend. Let’s add the hunky Gavin Rossdale to our group of bisexual celebrities. The British rocker is happily married now to fellow singer Gwen Stefani but, when he was younger, he was in a relationship with the gender-bending pop singer Peter Robinson (better known by his stage name Marilyn). Check out the former lovebirds: 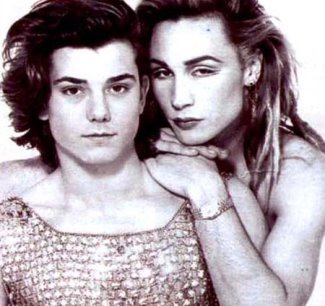 British singer Boy George was the first to write about Peter and Gavin’s relationship but the two denied being lovebirds. Eventually, Marilyn and, later, Gavin opened up about their relationship. Here’s Gavin from a 2010 interview with Details Magazine:

Details: Last year, the cross-dressing pop singer Marilyn revealed that he was romantically involved with you in your teens—an assertion Boy George first made in 1995. Why haven’t you talked about those claims?

Gavin Rossdale: I think at the outset there was a sort of fear—that was right at the beginning of Bush, and I didn’t want it to be part of it. It felt like a cheap shot, so I was like, “I’m not getting involved.” I’ve never wanted to appear closed about it. It’s not something I’ve talked about really because it’s always been in the glare of a tabloid world. It’s just one of those things: Move on. When you’re 17, Jesus Christ. I don’t think there’s anything strange about any form of—you’re learning about life. It’s a part of growing up. That’s it. No more, no less.

Details: So it was just a one-time experimentation?

Gavin Rossdale: Yeah. That was it. You have to know what you like, and I know what I like.

One-time experimentation? Gavin may call it that but, according to Marilyn, the relationship lasted for five years which, in our eyes, is too long a time to be experimenting. Hehe. What do you think, Famewatchers? Is a five-year-relationship an “experimentation”?

Gavin Rossdale Shirtless Photos. The next pics are for Famewatchers who are looking for shirtless pics of Gavin. Here’s our Gavin on the cover of Rolling Stone magazine: 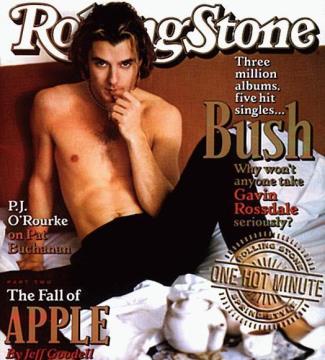 Did you know that he plays tennis with tennis GOAT (greatest of all time), Roger Federer? 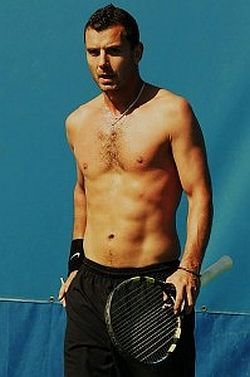 Gavin Rossdale Underwear: Boxers or Briefs? What kind of underwear does Gavin prefer? We don’t know what he likes to wear in real life but he’s wearing a pair of boxer shorts on the set of The Bling Ring where he played the role of a seedy club promoter. 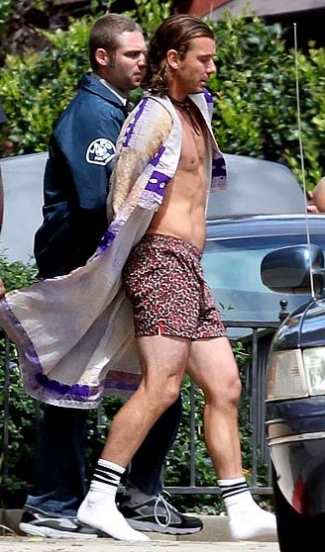