Who are these people, you ask? You poor, clueless, you! Well, this is the chance for you to know more about them and the Gap clothes they are wearing. Let’s focus on the guys for now and do a separate post on the girls later.

Famewatchers, meet the Avett brothers — Scott and Seth Avett of Concord, North Carolina. As obvious in the photo above and the next one below, the brothers are musicians. The brothers are the lead vocalists for The Avett Brothers, a rock band which also includes Bob Crawford (backup vocals, upright bass, electric bass), Joe Kwon (cello), and Jacob Edwards (drums).

The Avett brothers as Gap male models in 1969 Straight Fit Cord and their shiny Modern Oxford. 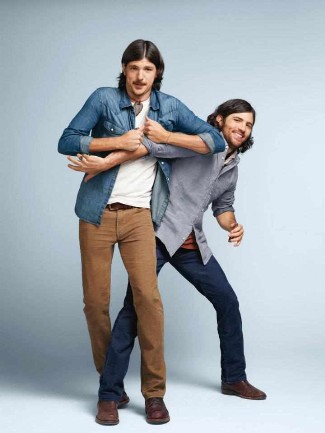 American dancer Lil Buck (given name: Charles Riley), known for his iron technique, shows his badass moves while wearing a pair of The 1969 Slim Fit Jeans which you can buy from $59.95 to $69.95. Not bad, eh? 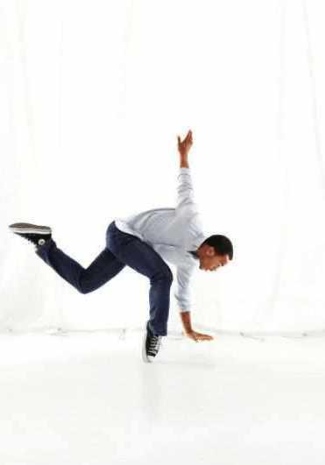 Let’s have a closer look at Lil Buck and his Gap outfits. [Want more Gap Menswear?]

Next up in our list of Gap male models — at least for its Icons Redefined Collection is Nick Noonan, one half of the American pop/rock/dance duo Karmin. Check out Nick as he rocks not only his saxophone but also his all-denim Gap outfits. 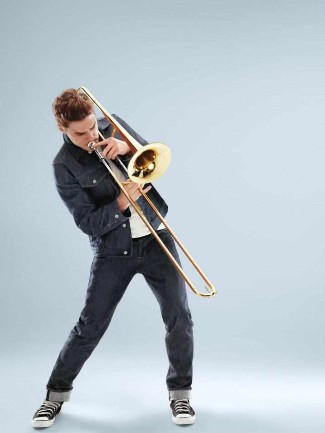 We said we’re gonna concentrate on the guys first but we can’t resist uploading this photo of Yuanyuan Tan, principal dancer of the San Francisco Ballet. 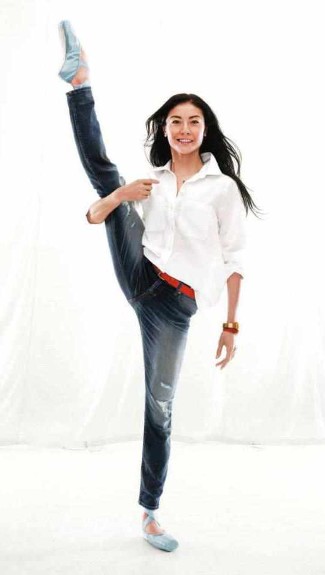 We initially thought she is Michelle Yeoh kicking ass in another James Bond movie but she’s actually a ballerina which is just as cool.