Camille Muffat Olympic Gold Medalist From France. Famewatchers, meet Olympic gold-medal-winning-swimmer Camille Muffat, the latest addition to our French Girls are Hot category. Indeed, there is no question that she is one of the hottest girls emerging from the London 2012 Olympic Games.

At only 22 years old, we expect her to continue her awesome medal-winning ways in the next edition of the Games in Rio de Janeiro, Brazil. 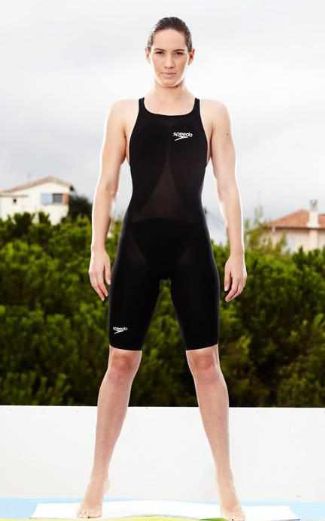 What we like about this girl is the fact that she reminds us of Novak Djokovic, the tennis champion from Serbia who may be very competitive but he does not take things seriously and has a great sense of humor.

Check out Camille sticking out her tongue to celebrate her Olympic victory. Fun, no?

Having a fun attitude like this will not only endear a world-class athlete to the fans but will likely help him/her keep things in perspective. But she does mean business when its time for business.

Camille looks like a badass siren waiting for the chance to kick the butts of her opponents in the swimming pool. 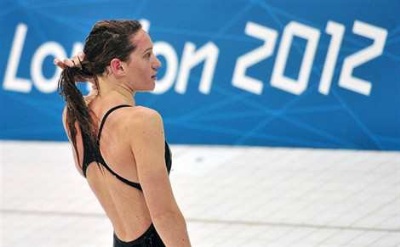 Is she the most bemedaled French athlete at the London 2012 Games? We can’t confirm but we won’t be surprised if she is.

Here’s Camille during the medal ceremony for the 400 meters freestyle.

With her are silver medalist Allison Schmitt of the United States and bronze medalist Rebecca Adlington of Great Britain. 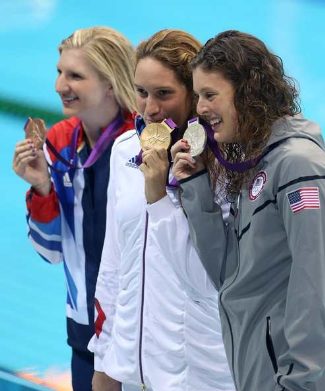