Footballers in Speedos. Not surprisingly, Portugal football superstar Cristiano Ronaldo is not the only footballer out there who loves him his Speedo swimtrunks (see Cristiano Ronaldo in Speedo). Here are ten other football players — three Italians, three Spaniards, one French, one English, one Brazilian, and one Chilean — who were spotted rocking their Speedos or budgie smugglers (if you are from the Land Down Under).

Marcelo Perez (Chile). Oops, apparently, Marcelo is not yet a football pro but a college player currently with the Universidad Catolica Santiago. This 20-year-old cutie is an offensive midfielder. Want more male celebrity Speedo? 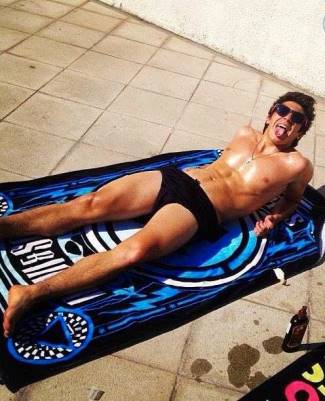 Kevin Keegan (England). Kevin from back in the 70s-80s. He went on to become a football manager for Newcastle, Fulham, Manchester City, Newcastle United, and the England national team. 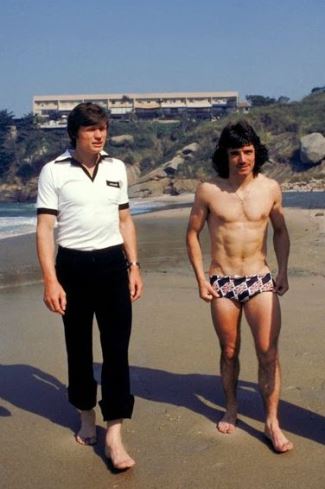 Neymar (Brazil). Brazilian cutie Neymar da Silva Santos Júnior started playing in the pro level only four years ago but he is now one of the game’s global superstars. Check him out modeling Lupo Underwear. What do you call that thing wrapped around his midsection? Does that serve a health/medicinal purpose? Maybe to lessen back pain or something. 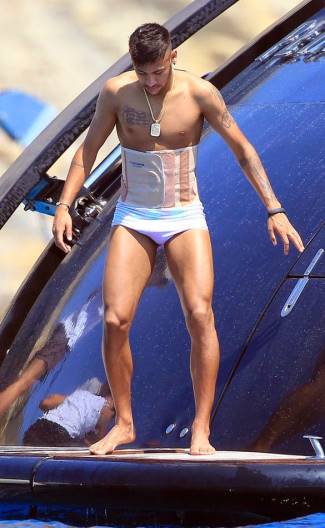 Andrea Rispoli (Italy). Twenty-five-year-old right back Andrea Rispoli is signed with Parma F.C. but he currently plays for Ternana (on loan). 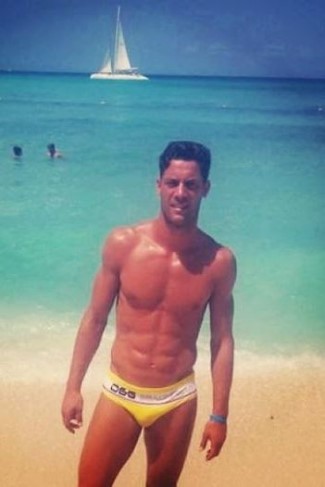 Adrian Saballs (Spain). Madrid native Adrian Saballs currently plays for the Rayo Vallecano which is based in his home city. He’s only 19 years old. 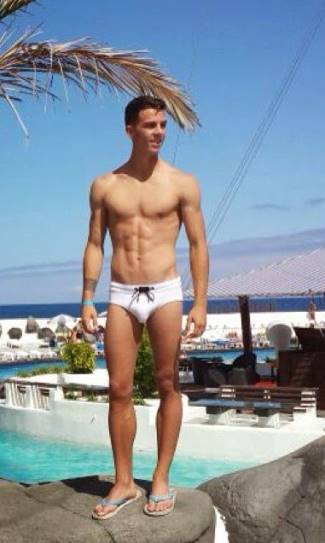 Remy Cabella (France). French footballer Remy Cabella is an attacking midfielder for Newcastle United. He also plays for the French national team. He sure looks like he’s having a good time. 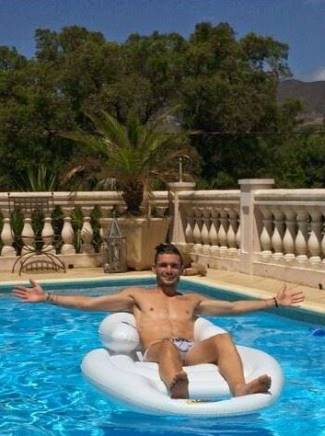 Leonardo Bonucci (Italy). Leonardo is a defender for Serie A club Juventus as well as the Italian national team. 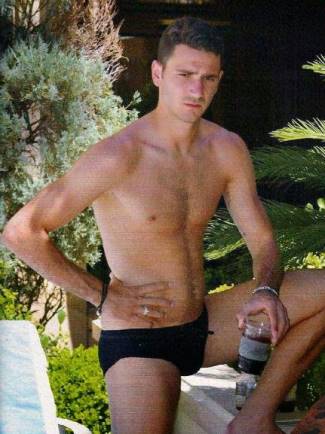 Xavi Hernandez (Spain). This Spanish footballer, more popularly known by his mononymous name Xavi, is a midfielder for FC Barcelona and the Spain national team. He was named as the World Soccer Player of the Year in 2010 by World Soccer Magazine. 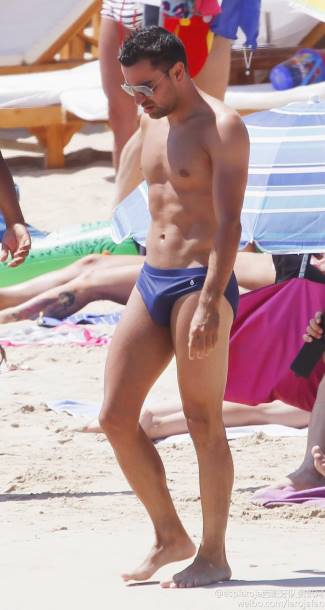 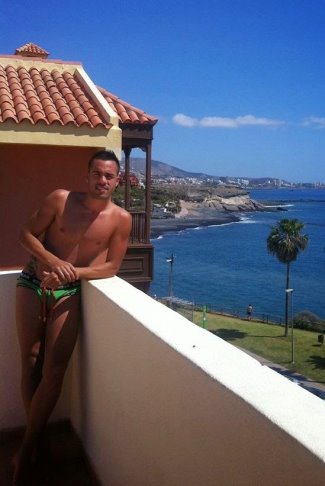 So who of these footballers in Speedos is your favorite? We generally have a weakness for Neymar but in this particular list we are going to pick Xavi Hernandez (just because) and Leonardo Bonucci (because of his badass pose). What about you? Who of these guys do you admire on court, off the court, and in their Speedo swimsuits? Tell us in the comments.